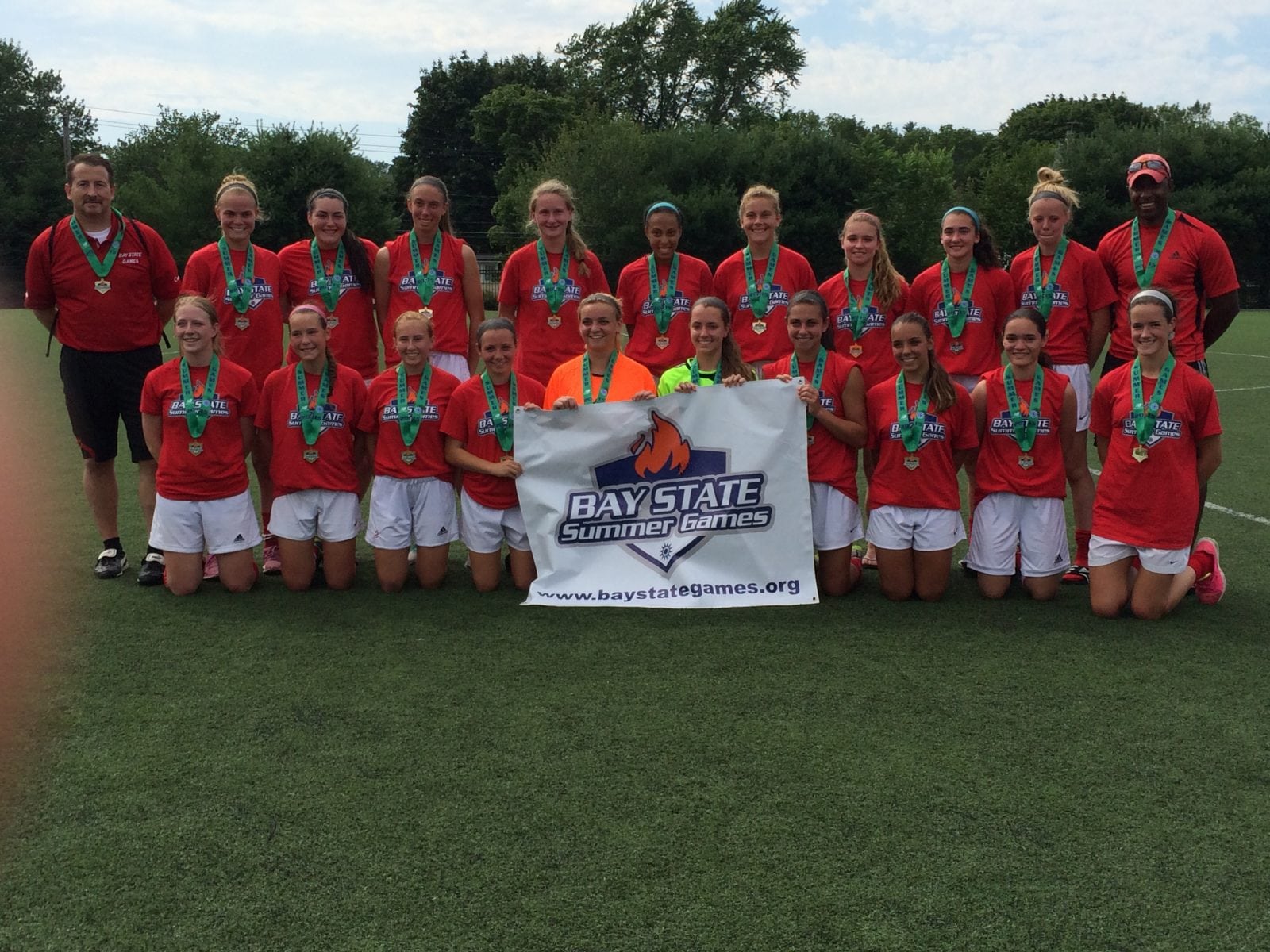 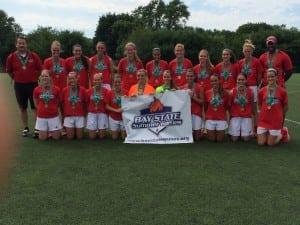 WALTHAM – If the summer is any indication, the high school girls’ soccer season is going to be filled with excitement once again.
The West Region Girls’ Soccer Team finished as the best in the state winning a gold medal in the Bay State games July 19.
In the finals, the West team gave up an early goal but battled back and controlled the majority of the play in the first half, scoring two goals before the whistle to gain a 2-1 lead at the half.
Isabella Eduardo (Chicopee High School) scored on a beautifully executed chip of the goalkeeper on a breakaway and Sarah Carron (Agawam HS) put the West on top to stay as she broke in from the right wing and fired a shot glancing off the keeper landing into the back of the net.
The West continued to play strongly in the second half, creating several opportunities.
Megan McGuill (Monson High School) put a comeback out of reach as she finished midway through the second half with a strong header from a corner kick, placing the ball in the lower left corner of the net.
“It was a fantastic team effort by all players,” said West coach Keith Saltmarsh, who also coaches the Westfield High School varsity girls’ soccer team. “I’m very proud of the West girls.”
It was the seventh straight year that the West has reached the gold medal game, winning it five times.
The West Region finished the round robin games with a record of 3-2 to earn the second seed in the playoffs.
Bombers’ Erin McDermott got the West off on the right foot, scoring the team’s lone goal against Coastal in the second half to lead the West past Coastal in the opener 1-0.
Julia Santangelo, also of Westfield, was part of the 20-member squad.