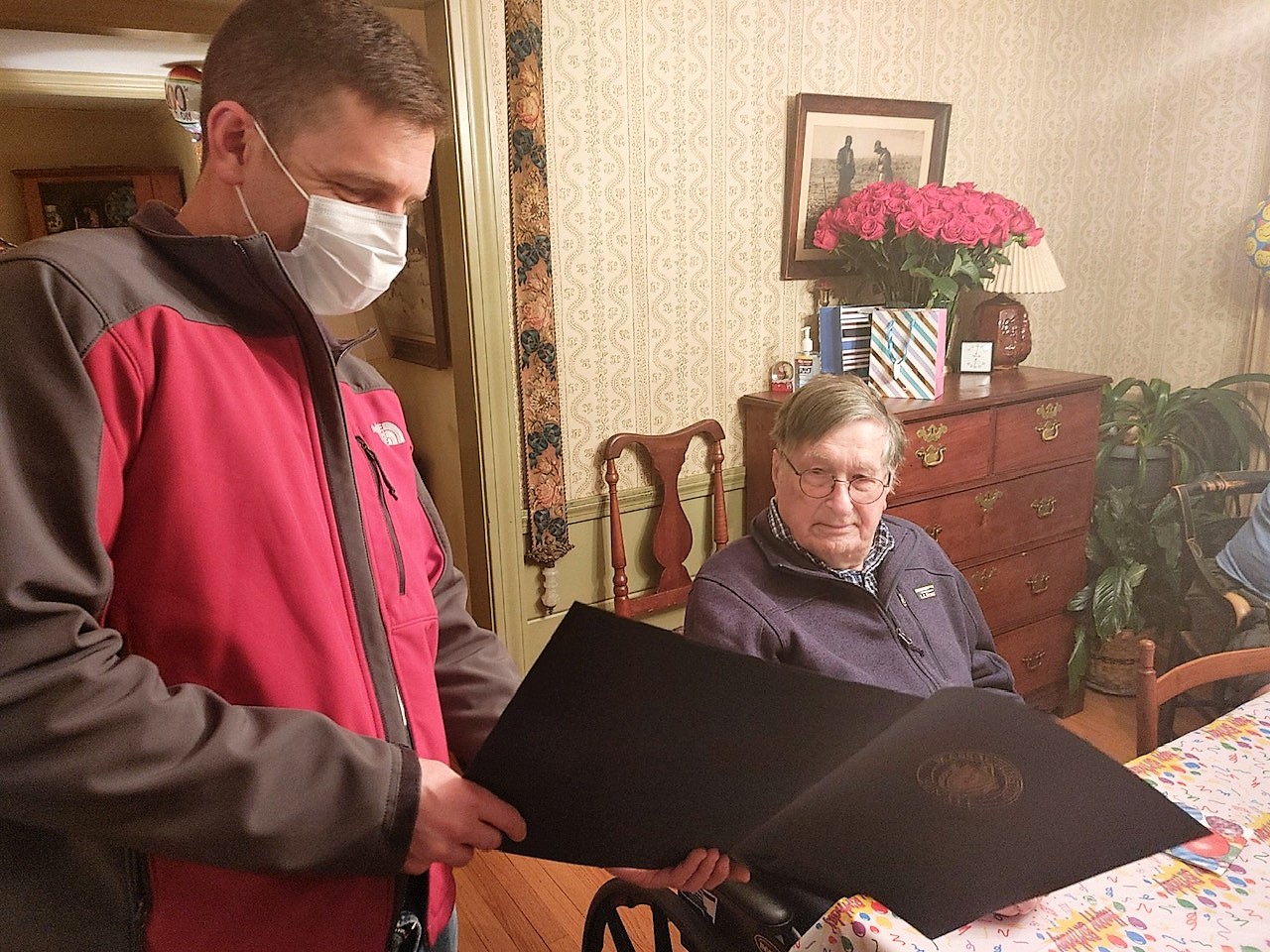 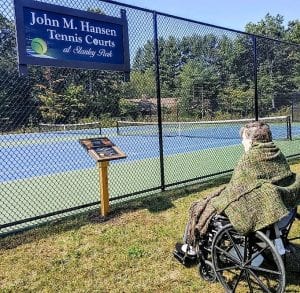 WESTFIELD – John Hansen celebrated his 100th birthday Feb. 28 with a party and parade.

The Westfield resident is known for his many contributions to the city, including funding the new tennis courts at Stanley Park.

Hansen, who graduated from Cornell and was an engineer who worked at Stanley Home Products for many years, was a tennis enthusiast. Tennis remained his passion his entire life and he continued to play until he was 90.

Hansen is a dedicated family man, having raised his children here with his wife Jean, who passed away in 2018.

Hansen’s accomplishments include finishing at the top of his class at Cornell where he lettered in three sports all four years, he was a WW II naval officer, 76 years of marriage, founded Westfield Youth soccer in 1958, founded the tennis association in 1959, he and his family hosted dozens of families from all over the world to help assimilate to area, coached soccer and tennis, played tennis legend Bobby Riggs and was a well-known local philanthropist.

He was also an inspiration to a friend he made in the past decade.

For the past nine years, fitness trainer Dan Oleksak has worked with Hansen, training him three days a week in his home. Today, Oleksak still visits Hansen weekly, passing tennis balls back and forth and reading the newspaper to him. Oleksak said meeting Hansen changed his life.

“In 2013, I had the privilege of meeting the most accomplished and admirable man in my life. I just didn’t know it yet,” Oleksak said. “John came in with a cane in hand to Anytime Fitness where I was employed. I remember specifically him initially telling me, ‘I need to stay physically fit to take care of my wife Jean’.”

Oleksak said at that time he growing in confidence as a trainer, but working with someone in their 90’s was new to him. 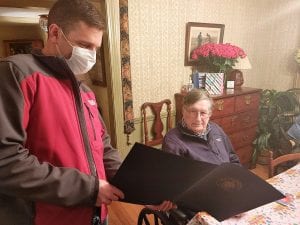 “From day one, it all went pretty smoothly as I’d reluctantly began to increase weight to each exercise, consistently being surprised by the strength he still had,” said Oleksak. “As many of you might already know, I ask more questions than a 4-year-old and John never minded sharing his stories with me. From growing up on a dairy farm, to his former athletic prowess and what it’s like to be married for 70-plus years, amongst other things.”

Oleksak opened his own gym, Dynamic Fitness, and Hansen followed him there. When coming to the gym became too much for Hansen, Oleksak went to his home.

“Our workouts have evolved in the past seven years together, as we have gone from pushups and body weight squats to arm circles and toe wiggles. All the while, I’d ask my questions and listen to all he has had to say,” said Oleksak. “This man has made a tremendous impact on his country, community, friends and certainly family. Of course, I got some tidbits from his late wife Jean Hansen, his lovely daughter Karen and by looking through the countless photo albums in their home as their remarkable life has been so well documented by Jean.”

Hansen immigrated with his family from Denmark in 1924 and he excelled in sports and academics. He led his nationally ranked soccer team in goals, was captain of the tennis team and dubbed “High Speed Hansen” for his work on the track team. According to Oleksak, Hansen “somehow he had enough time in the day to finish top in his class in civil engineering. This must have caught the attention of the 19-year-old Jean as they quickly became a couple and never looked back.”

When the Selective Training and Service Act of 1940 was enacted, Hansen joined the U.S. Navy and became a naval officer. When his duties were fulfilled, ha and Jean moved to Westfield and built their home themselves and raised their two children.

Hansen never lost his passion – or skill – for tennis and soccer. He continued to play tennis and founded the Westfield Tennis Association and Westfield Youth Soccer. He was a national ranked tennis player in his age division into his 80s. 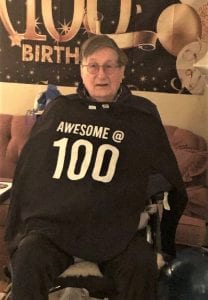 “As the years have gone by his stories have dulled due to dementia but he’s still got that glow, and his pleasant demeanor has never drifted in all my visits,” Oleksak said.

Oleksak said while he didn’t know Jean well, he could see that they were a power team.

“Even the last day I spoke with Jean it was obvious the two had a love perhaps unmatched. As she often did, Jean asked how his workout was and how John was doing. I would often see her wheel herself in at the end of our appointments.They’d exchange a quick kiss and an I love you just as they had almost 80 years before that,” Oleksak said. “They have three grandchildren and eight great grand kids who will always cherish the many memories Pop Pop and Grammy created for them.”

After Jean’s death in 2018, Oleksak continued to faithfully visit Hansen, although their workouts have changed.

“In the last few months, a lot of what I do in my role as John’s friend and trainer is to keep his mind stimulated,” he said. “I’ll sit across the kitchen table from him as he slowly chews a healthy lunch and I react to the headlines of the newspaper with as much enthusiasm as I can. Or it’s a half hour in the den as we watch the tennis network and I try and explain the advertisements to him.  Though they are fewer and further between, every now and again he’ll have his moments and come out with simple but profound statements I will always remember.”

Oleksak reflected on Hansen’s 100 years of life and said he wanted to honor him and all he has done for people who do not even know him.

“I cannot fully express what a big deal this man has become to me. Though he might not fully realize at this point, John Hansen has built a century-long legacy to all those fortunate enough to have spent some time with the man,” said Oleksak. “I encourage you all reading this to head to Stanley Park this spring and play a game of tennis on the brand-new courts paid by and dedicated to my friend, and perhaps put a little thought into those who might have made a similar impact on you.”