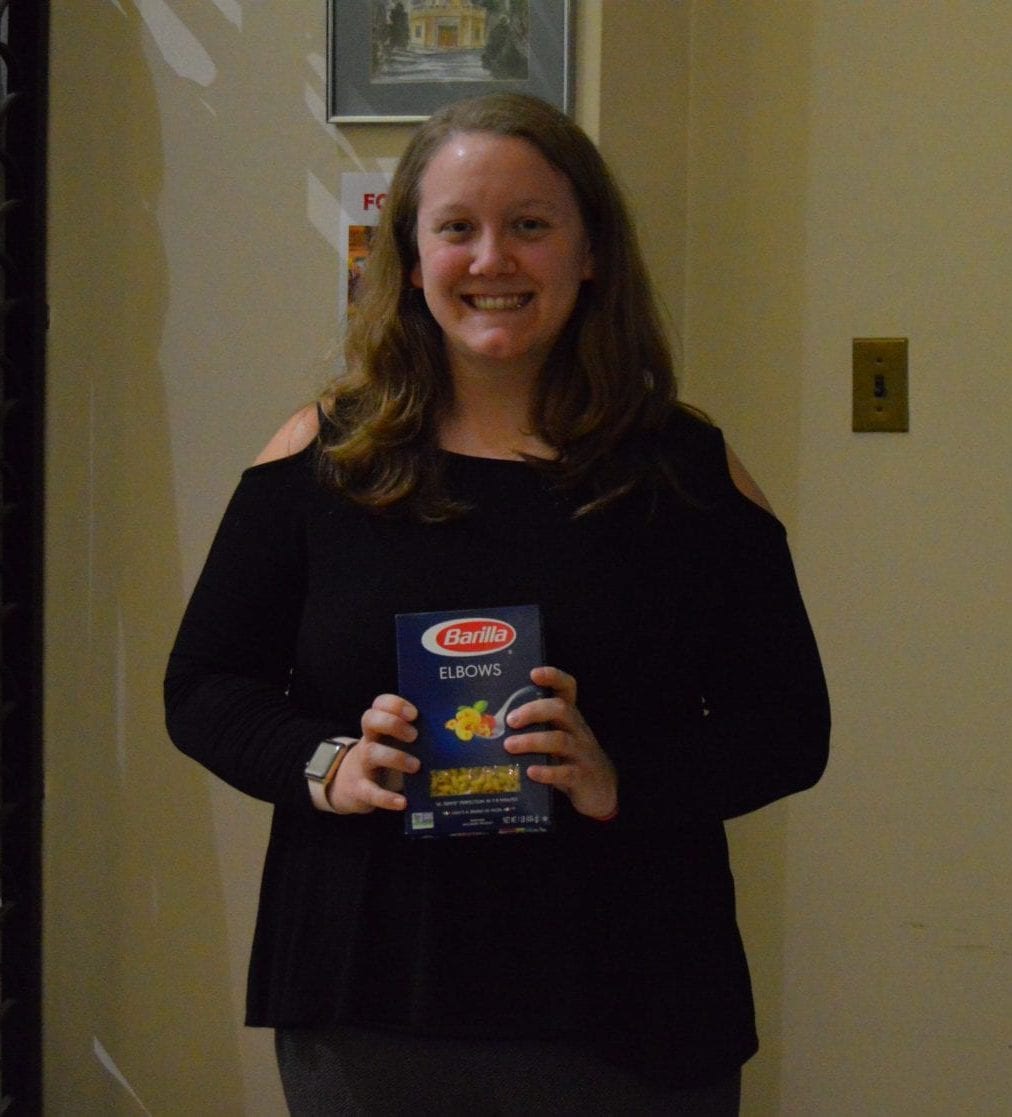 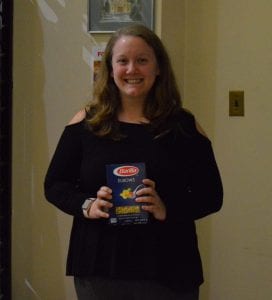 Westfield Athenaeum employee Taylor Figueroa with part of the very first donation for this year’s Food for Fines drive. (Photo by Peter Currier)

WESTFIELD- The Westfield Athenaeum has kicked off its annual Food for Fines drive to benefit the Westfield Food Pantry.

Westfield residents who carry an Athenaeum library card and have outstanding late fees can bring non-perishable foods to the circulation desk and have up to ten dollars of their fines waived. The drive runs from Nov. 19 to Dec. 31. In years past, the Athenaeum has held the drive for just a week, this year they opted to run it for over a month this year.

“This year we decided because the food pantry is in such need and our patrons are in such need to have their fines waived that we would extend it to the end of the year,” said Sandy Records, Head of Circulation at the Westfield Athenaeum.

Records said that the normal collection of late book fines is something that people are accustomed to and it is a central part of the Athenaeum’s budget. The money collected goes into a fund for the library’s general expenses.

“There is a trend in public libraries to eliminate fines altogether,” Records added, “I don’t think a library like Westfield’s that doesn’t get full funding from the government can do that.”

In past Food for Fines drives, many people took advantage of the opportunity to reduce their fines even with the shorter window to do so.

“A lot of people are so generous,” said Records, “they will pay their fines and give the canned goods. They support both the library and the food pantry.”

The food drive will be on pause this week, Nov. 26 to Dec. 1, as the library will be closed due to ongoing renovations, but will re-open for regular hours on Dec. 3.

Most items in the library carry a 10 cent per day late fee. DVDs are one dollar per day. Each item can be renewed one time after checking them out before the fines begin adding up.

Records said most of the fines come from people checking out multiple DVDs at once and not turning them on time. Once the accumulated fines reach ten dollars, the library card is blocked from checking out any more items.