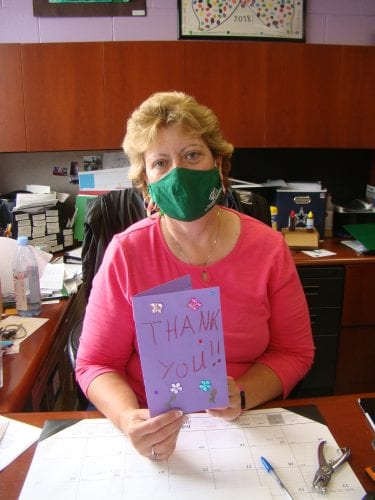 WESTFIELD – The Boys & Girls Club of Greater Westfield opened its doors for its Summer Kidscape programs on June 29.

Brown said 150 kids ages 5 to 12 are enrolled in the indoor/outdoor program, compared to a high of 250 students in past years. She said a lot of adjustments had to be made in order to follow Gov. Charlie Baker’s COVID-19 guidelines for opening.

For example, now there is one teacher per 10 students, before it was 1:20. Students must wear masks whenever they are not practicing six feet of social distancing, although they are not required to wear masks outside.

The Club borrowed 200 desks from the Westfield Public Schools, with whom they have a close partnership. When at the desks, which are spaced six feet apart, students do not have to wear masks.

“It’s different, no getting around that for them,” Brown said.

Brown said for 85 percent of the students, the Boys & Girls Club is the first place they’ve been to since the schools closed in March, and they are happy to be there. According to Brown, one girl got out of her car on the first day, opened up her arms and said, “I’m home.”

She said the older kids are struggling a bit with all of the changes. They spend more time in a school setting at desks, not together at tables. Foosball, ping pong and pool, all popular games, are not allowed because of social distancing.

“That’s been really tough for the oldest ones,” Brown said. They do have a two-person bumper pool table which they have been able to use, she added. 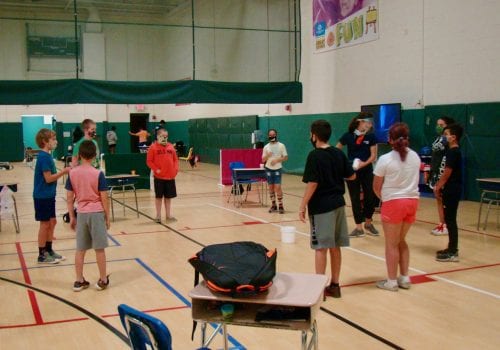 A summer class does an icebreaker in the Boys & Girls Club gymnasium, which has been sectioned off into classrooms. (AMY PORTER/THE WESTFIELD NEWS)

The biggest sacrifice that the Club had to make was to turn the gymnasium into classrooms. Brown said they couldn’t do much in the gym anyway.

The pool is open, and every group gets to swim one day a week, instead of every day, with ten being the limit.

Brown said on the plus side, the visual arts director, education director and cultural enrichment director are bringing art, STEM, drama and music into the classrooms, instead of having students go to dedicated areas.

In the classrooms, students have 15-minute sections of reading and other academics, story time, and a lot of hands-on activities. Each student has his or her own pencil box with crayons, markers, pencils, scissors, a glue stick and chalk. 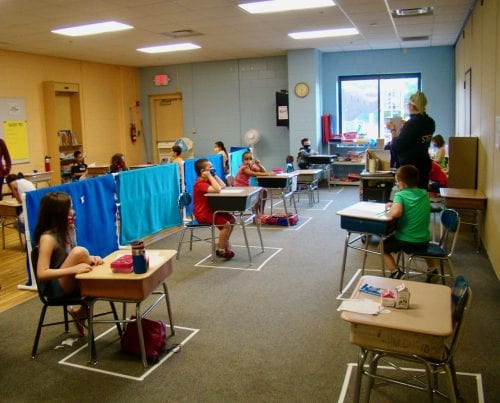 Students also have their own Legos, and one can of Play-Doh. Brown admits playing with only one color is a bit limiting. “I’m waiting for the Play-Doh fairy to bring us more Play-Doh,” she said.

One area that has ramped up, and has been a focus of the Club throughout the COVID-19 school closure, is the meal program.

In addition to the kids attending the summer program being fed breakfast and lunch every day, the Boys & Girls Club is continuing to hand out lunch and breakfast in the community. The Grab & Go meals are for children ages 1 to 18, people with disabilities and food insecurity, and are handed out at six sites throughout the city Monday through Friday. Added to two sites being run by the Westfield Public Schools Food Services, there are eight sites in Westfield that will be providing meals through the end of August.

Brown said she is pleased that there are no eligibility requirements, and no questions asked. Every meal bag includes two meals; “one lunch for today and one breakfast for tomorrow.” Prizes and books will also be awarded throughout the summer.

Brown said the Boys & Girls Club staff and vehicles are handing out the meals at their sites, and at the same time checking in with families. Up until last week, the community was getting three meals a day, until the dinners ended before the summer break.

Brown said the Boys & Girls Club received a lot of heartfelt thanks, along with homemade thank you cards from the families. She said others gave donations of cash or supplies.

“In my 20 years working here, it was probably one of the most gratifying things we’ve done, for two reasons. First, to see my families and make sure they were okay, and to see the meals going out. It was a sigh of relief to know they were being taken care of still in such turbulent times,” Brown said. 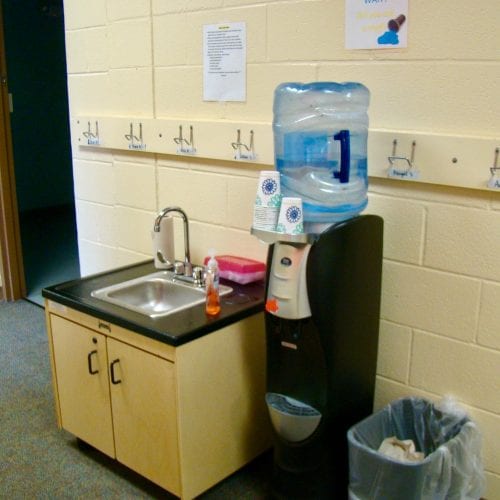 Brown said the Boys & Girls Club has sustained higher costs than ever before. In addition to providing the meals, the Club bought portable sinks, new water coolers, fountains; PPE, masks, sanitizers, and wipes for the summer program. The sinks alone cost $10,000, she said.

They have had grant funding for the meals, and the Department of Early Education and Care has stated there will be more grants available. The EEC is also supplying masks and sanitizers at no cost.

“As an organization, we do the best that we can with what we can and who I have,” Brown said, adding, “I long to hear the words, it’s over.”

Boys & Girls Club locations and times for the summer meal program are:

Westfield Public Schools will hand out their Grab & Go meals at the following two sites through Aug. 21: