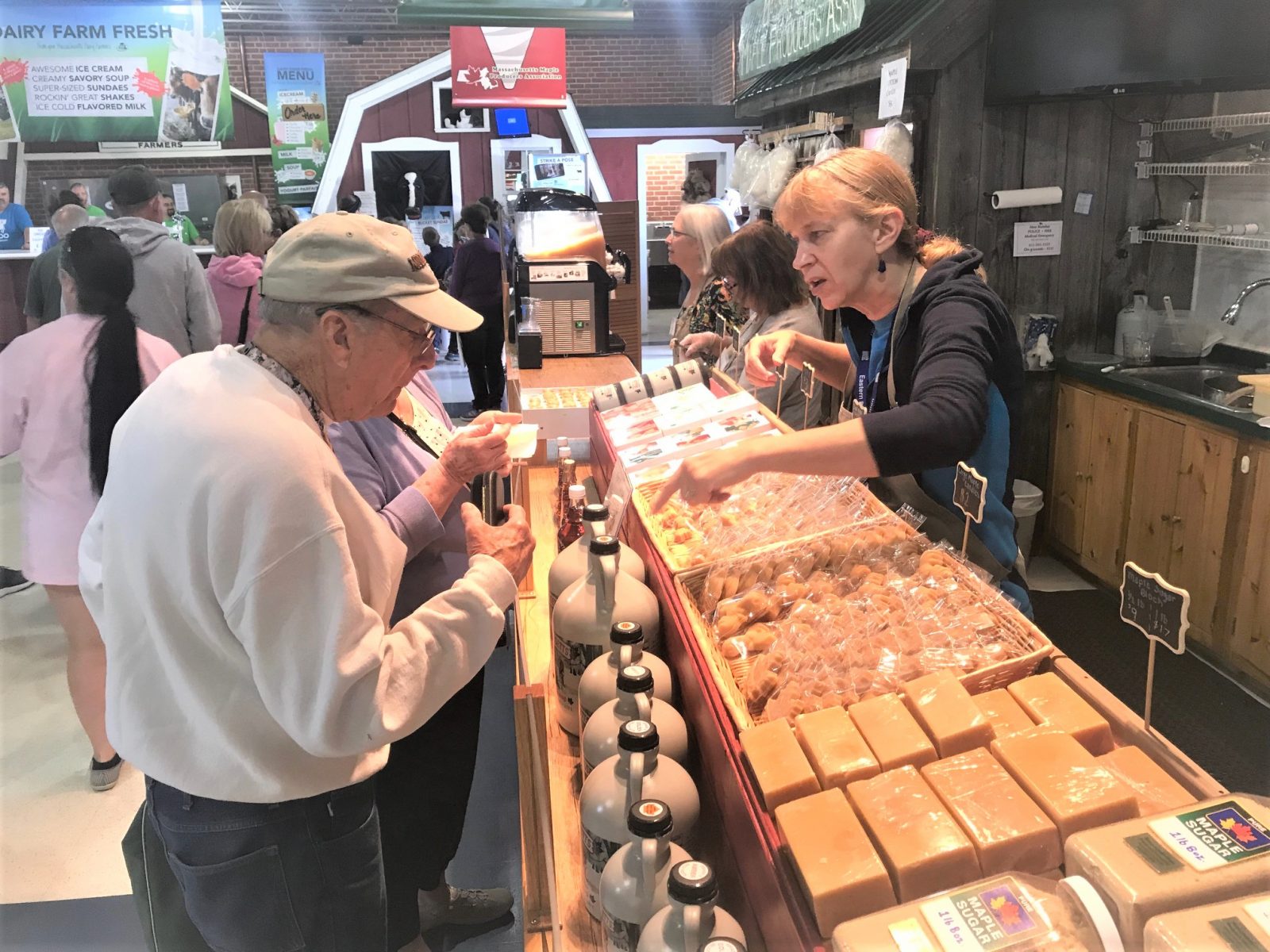 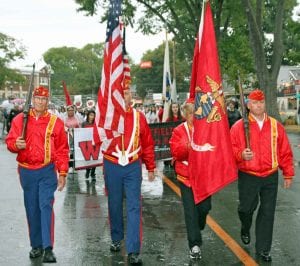 A marching contingent at the Westfield Day Parade at The BIg E. (Photo by Don Wielgus)

WEST SPRINGFIELD- The Big E fair has come and gone, but not without breaking a few records along the way over the course of the 17 day run.

The fair featured much of what one would expect, such as the iconic and weird foods, while also bringing in some new attractions such as the Nintendo Switch exposition on the final weekend and adding chocolate ganache to the  Big E cream puff. 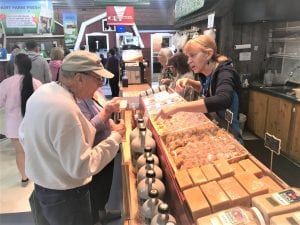 Dick Tefts of Westfield discusses maple syrup with Serena Zononi of Williamsburg inside the Massachusetts Building at The Big E Sept. 16, 2019. (Photo by Hope E. Tremblay)

“Westfield Day at the Big E has always been well attended by residents. From the Students at all of our schools, to the larger than most City Parade, to the meeting up with friends we haven’t seen in a while, Westfield Day is always a good time.” said Mayor Brian Sullivan, “I appreciate the fact that residents flock to the Big E to celebrate and have some much needed family time.”

Salute to Westfield Day was dampened by rather heavy rain throughout the day, but that did not stop many families from enjoying the fair with their kids donning Westfield gear. That day brought 78,017 people to the fair.