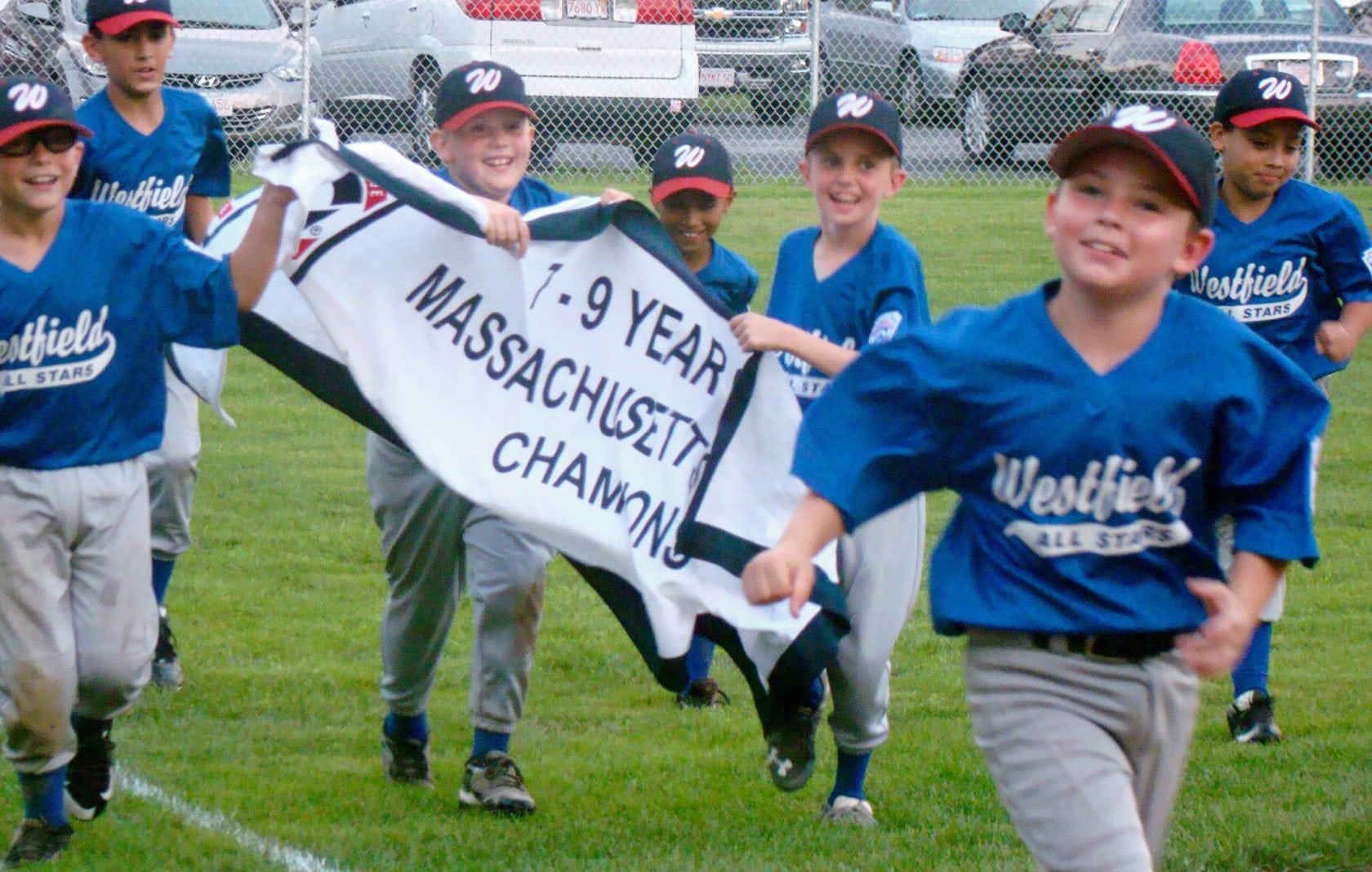 WESTFIELD – Westfield enjoyed another successful summer on the diamond during All-Star season, fielding 12 Little League baseball and softball teams, as well as three more Babe Ruth All-Star squads in a fight to claim district, sectional, state and regional supremacy against the rest of Massachusetts and New England.
Westfield American baseball specifically had a banner summer, with all four age levels at least participating for the district two championship. Three of the four baseball teams took home the district championship within the Whip City borders, while two of those teams advanced deep into the state tournament.
Softball, meanwhile, had all three of its teams advance to face Eastern Massachusetts opponents, capturing district titles at Sadie Knox Field. Bullens Field also played host to multiple champions, as both the 13- and 14-year-old levels of Babe Ruth Baseball reached the regional tournaments for the second consecutive year.
Here are some of the highlights from the summer of 2015.
1. Comeback kids bring Cross Street magic (several times)
Westfield American proved to be the dominant force of the 11- and 12-year-old division in District Two, finishing round-robin pool play undefeated heading into the district championship at home against Agawam, who had lost twice to Westfield by a combined three runs.
Entering as the No. 3 seed and coming off of an extra-inning thriller over Belchertown the night before, Agawam jumped on top early and often, scoring seven runs in the first two innings in front of a stunned Cross Street crowd.
Agawam’s starting pitcher, who had easily shut out Westfield for the first inning, was taken out before the bottom of the second inning. With their top three pitchers unable to throw due to pitch count from the previous two games, Agawam had to shut down Westfield for six innings with their relief pitchers.
That didn’t work so well.
After tallying on their first run in the third inning, American’s offense exploded suddenly, piling on 10 runs in the fourth inning in a consistent, top-to-bottom rally—a theme throughout the summer. The first 10 batters all reached safely and all subsequently scored. Brennan Jarvis, Joey Dekarski, Joey Delgado and Chris Gage recorded RBI hits and the duo of Trent Adam and Tobey Barlow shut down Agawam over the final 4.1 innings to claim the wild come-from-behind victory.
Westfield would pull off a similar feat in the sectional tournament. After losing their first game of the summer at Pittsfield, American reached 11 runs for the second straight home game, scoring eight runs in their final at-bats to defeat Leominster, 11-7. Eight of the first nine batters scored for Westfield, which came back to hand David Tirell the victory on the mound. One game later, a little less drama was needed to win their final game at Cross Street, avenging their lone loss to District One champion Pittsfield by an 8-2 score.
2. Whip City ladies take center stage
Westfield Little League softball had yet another big summer up at the fields of Sadie Knox in the northern part of the city. All three levels made it to at least the sectional tournament, with two series taking place at the younger age levels. The 9- and 10-year-olds easily handled Easthampton, sweeping them in their best-of-seven series, while the Senior All-Stars swept their best-of-three set with Spencer/East Brookfield.
After defeating the Central Mass. squad, 11-7, out east, Westfield returned home for game two on July 13 and overcame a slow start to sweep the series. Spencer jumped out to a 2-1 lead after three innings, but Westfield’s offense heated up during the second time through the lineup, compiling six runs in the inning–five coming with two outs. Erica Wolfe tied the game on a groundout and then Katie Nielsen, Libby Irwin, Morgan Zabielski and Abby Charvat drove in the runs to help Irwin earn the win in relief of Charvat. Westfield tacked on three insurance runs late to cruise to a 10-4 win and claim the sectional championship.
3. Road warriors win title over city rivals
Westfield American claimed their first banner on July 11 in what happened to be their third straight road game, despite the location at Westfield’s Papermill Elementary School. The 9- and 10-year-old All-Stars had to defeat Easthampton on the road just to make the playoffs, then pulled an upset of No. 2 Belchertown at Mini Fenway Park thanks to a 12-run fifth inning.
The championship featured the two Westfield teams, with American beating National, 10-2. National jumped out to a 1-0 lead early, but American claimed the lead for good in the bottom of the third inning, when Liam Poole crushed a three-run home run to right-center field, landing inches beyond the 200-foot fence. American piled on an insurance run to respond to National’s second run, and then blew the game open with a six-run fifth inning to reach double figures. Jay Scherpa, who earned the win at Easthampton, pitched another stellar game on the mound and was aided in the fifth by RBIs from Poole, Caden Matuszczak and Alex Provost.
4. Pittsfield goes down!
Before the 13-year-old Babe Ruth All-Stars finished as one of the top-four teams in New England, they earned the Western Massachusetts state title by defeating their familiar Western MA rivals at Bullens Field on July 19. After Pittsfield took the lead in the fourth inning, Westfield tied the score at 4-4 on an error from pitcher Jeff Steinman. The game halted for a little bit regarding a question of pitcher eligibility, and Westfield regained momentum soon after.
One half inning after the stoppage, Westfield blew the game open, plating five runs in the bottom of the fifth inning to jump ahead for good. RBI sing