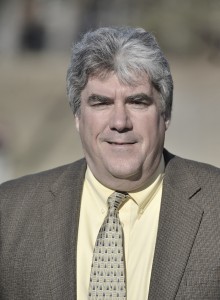 Westfield Public Schools Chief Financial Officer Ronald R. Rix, Superintendent Stefan Czaporowski and Acting Mayor Ralph J. Figy attended the MSBA meeting in Boston for the vote Wednesday.
Rix said the MSBA staff had reviewed all of their submissions for the  project, including an eight to 10-year enrollment study, City Council approval of the funding, and community support. He said one of the staff gave an overview to the board of the project, which included the city’s intention to study both renovating the school and building an addition, with the intended outcome to provide a quality educational facility for students in the downtown area.
Rix said part of Westfield’s proposal was the need to provide equity in the city among elementary schools, where the newer ones are on the outskirts of the city. He said the proposed project would replace the 106-year-old Abner Gibbs building, which was built in 1914, and renovate the 64-year-old Franklin Avenue, which was built in 1955.
The MSBA then voted to invite the city into the feasibility study, with a reimbursement for expenses of 71.24%, which Rix called “an exceptional rate of reimbursement for the study.”
“This is the highest that I’ve ever seen for Westfield,” Rix said.
The City Council voted unanimously in October to approve the $900,000 funding for the feasibility study, which will be reimbursed monthly based on submitted invoices.
Rix said this is a good time for the city to be entering into the project with the MSBA, because this is the final year of payments on a 30-year bond for the north and south middle school building school projects begun in 1999.
Rix said in the next few weeks they will be working on the initial paperwork for a Request for Services for an Owner’s Project Manager (OPM) who will represent the city and move forward with a schematic design. He said the city will formally submit the RFS, and put in it all of the elements they are looking for in a school for up to 400 students.
Working with the MSBA to hire the OPM is part of the requirement to move forward with the feasibility study, and they will make sure that the firm is insured, experienced and qualified. The MSBA will have oversight and the authority to make decisions. Rix said the MSBA wants the educational vision for the school to drive the design, and to come up with the most cost effective and appropriate solution.
The city will also be putting together a School Building Committee locally right after the first of the year, comprised of parent representatives, the principals of Franklin Avenue and Abner Gibbs, key district officials and Mayor-Elect Donald F. Humason Jr. to work with the OPM. The meetings will be public and posted, Rix said.
Rix said they have met with Humason to give him an update on the project. He also said the district has done all of the preparation work to get them to this point.
“Now we’re working with a professional to design the most cost effective solution for our needs,” Rix said, adding that the feasibility study phase could take up to two years.