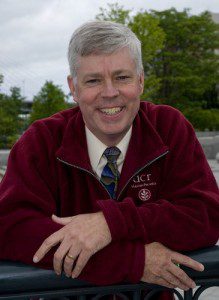 WESTFIELD – The state, for the second year, has been ranked as the nation’s leader in energy efficiency according to a Washington D.C.-based watchdog agency.
The American Council for an Energy Efficient Economy (ACEEE) put Massachusetts at the State Energy Scorecard with points increasing the state’s lead over California, the #2 state on the score card.
New England was well represented on the ACEEE scorecard with Vermont, Connecticut and Rhode Island all finishing in the top 10.
Richard K. Sullivan Jr., secretary of the Executive Office of Energy and Environmental Affairs, said this morning that Westfield government, institutions and businesses are playing a key role in building energy efficiency, both through energy conservation and increasing the state’s portfolio of renewable energy generation.
“Westfield State University was one of the first state schools to do an energy efficient project when it installed solar panels,” Sullivan said. “The city government and local municipal utility are working on two solar projects and the Westfield Gas & Electric Department, in partnership with utilities in Chicopee and Russell, is evaluating a wind generation project in Russell.”
Sullivan also noted that private industry in Westfield is embracing renewable energy.
Elm Electric recently installed solar panels on its Union Street headquarters and is rolling out that technology to other companies in the region, Sullivan said.
The city is spending millions of dollars to reduce its energy footprint by replacing inefficient boilers and heating system, installing insulated roofs and windows on municipal buildings across the city, leading by example to conserve energy, while it reduces its energy costs.
Sullivan said that the state, for the first time, awarded money to municipal utilities for energy conservation programs. The Westfield Gas & Electric Department received the largest share of that state grant in recognition of its energy conservation program.
“The Westfield G&E actually received that largest amount because of the effectiveness of its energy efficiency program which they’ve been doing for years,” Sullivan said.
That program includes performing energy audits for both residential and commercial customers, as well as for city owned buildings. The utility’s energy audit for school buildings initiated the $17 million program now underway to reduce energy consumption in city-owned buildings.
The WG&E also provides financial assistance and incentives to help large commercial customers reduce their energy consumption by replacing old inefficient equipment and lights with systems that use much less energy.
Sullivan said the state will continue to promote both renewable energy and energy conservation and said that as the cost of energy continues to rise, state residents and businesses will embrace technology that promotes energy conservation.
“It makes sense to the pocketbook” to conserve energy, Sullivan said, adding that the state is promoting alternative modes of transportation, such as public transportation, electric and hybrid cars, which are gaining popularity as gasoline prices continue to climb.
“We are proud to have maintained the number one spot in the nation because of our continued focus on innovation and investments in energy efficiency,” said Governor Deval Patrick. “Our Green Communities Act is cutting our dependence on imported energy sources, creating jobs and leading the way to a more sustainable energy future for Massachusetts.”
The State Energy Efficiency Scorecard benchmarks all 50 states and the District of Columbia according to the policies and programs that encourage the efficient use of energy in many sectors of the economy. The report aims to capture the diversity of efforts related to energy efficiency happening at the state level and to encourage friendly competition among the states to craft innovative policies and programs that deliver the economic, environmental, and energy security benefits of efficiency.
The report examines six of the primary policy areas in which states typically pursue energy efficiency: utility and “public benefits” programs and policies; transportation policies; building energy codes; combined heat and power (CHP [8]) policies; state government-led initiatives around energy efficiency; and appliance and equipment standards. The baseline year against which ACEEE assessed policy and program changes varies by policy category. Policy scores are based on policies in place as of September 2012.