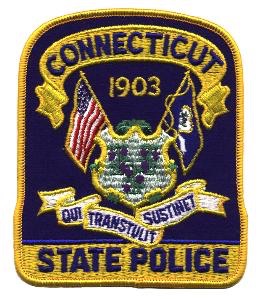 WESTFIELD – The victim of a fatal crash on Interstate 91 last Sunday has been identified as a city man, Vitaliy Fodor, 34, of 63 Vadnais Street.
Connecticut State Police report that the crash occurred about 7:30 p.m. on Sunday in Enfield near Exit 49.
The troopers report that Fodor had been operating his 2002 Honda Accord southbound on the interstate when it struck a metal beam guide rail on the right side of the highway and the vehicle overturned.
All three of the occupants, who had not been wearing seatbelts, the troopers report, were ejected from the car by the crash.
Fodor, according to the report, “suffered massive trauma and (was) pronounced deceased on scene.”
Two passengers survived the crash.
Alexandr P. Banari, 26, of 27 Alfred Lane, Bloomfield, New Jersey, was transported to Bay State Medical Center in Springfield. On Wednesday he was reported to be in ‘critical’ condition but by Thursday his condition had been upgraded to ‘fair’.
The second passenger, Yuriy Sivolobov, 26, of 37 Sterling St., New Britain, Connecticut, was transported to Hartford Hospital where he was treated and released.
Connecticut State Police ask that anybody who witnessed the crash call Trooper Christopher Tanner at 860-534-1000.