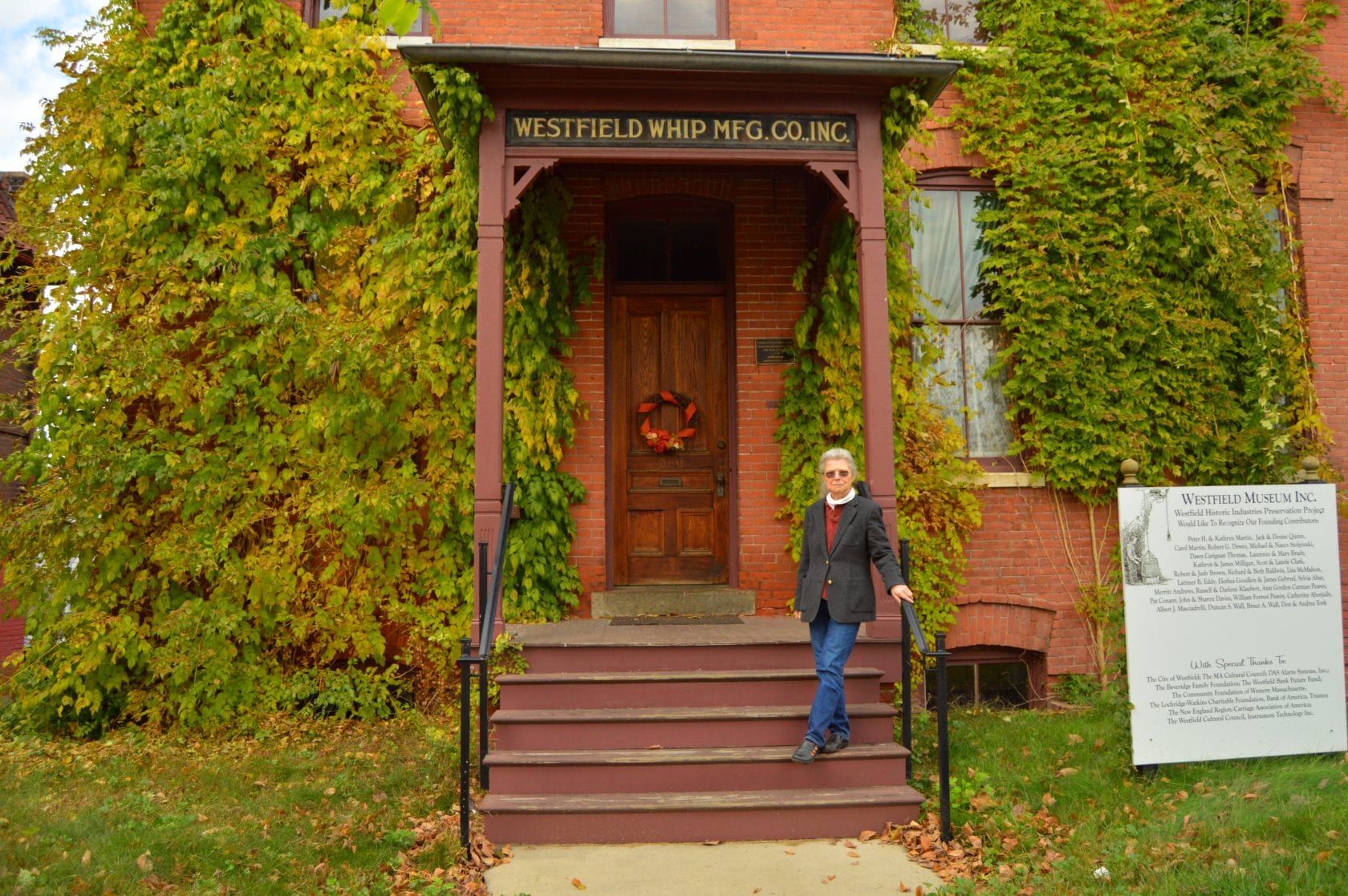 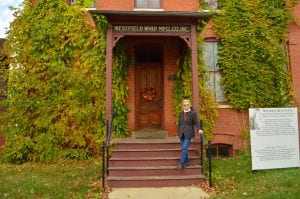 Carol Martin, President of the Westfield Whip Museum, stands on the steps of the historic building. (Photo by Peter Currier)

WESTFIELD- The Westfield Historic Industries Preservation Project will hold its’ 2nd annual auction of services this Friday, October 26, at 5:30 p.m. at the Tekoa Country Club.

The auction, which is free to attend, will sell services rather than items that one would find at a traditional auction.

“You’re bidding on something someone can do for you,” says Carol Martin, President of the Westfield Whip Museum, “Puffers Salon is donating a massage and a haircut. I personally donate gift wrapping services.”

A preliminary viewing of the services will be held at 5:30 p.m., the auction itself will begin at 6:00 p.m.

Last years’ auction saw a turnout of 80 to 90 people. The event will feature hors d’oeuvres, a cash bar, dessert, and coffee

“For the first year that’s a good turnout,” says Martin.

To attend the auction is free, but one will have to outbid fellow attendees in order to receive a service.

“We don’t make as much money that way,” says Martin, “but we do build friendships.”

The proceeds of the auction will be used to support Westfield Museum Incorporated’s continuing restoration work and ongoing operations.

The Westfield Whip Museum is not open to the public yet but Martin hopes to see a grand opening in the next three to four months. The main holdup is making the building handicap accessible, a feature that was not considered when the factory was built in 1884.

The building, which is locate at 360 Elm Street, is designated under the national and state registries of historical places.

When it opens, the whip museum will feature a functional whip factory that will serve as a permanent working display.

“Its’ work flow is still the way it was in the late 1800s’. With many of the same machines too,” says Martin.