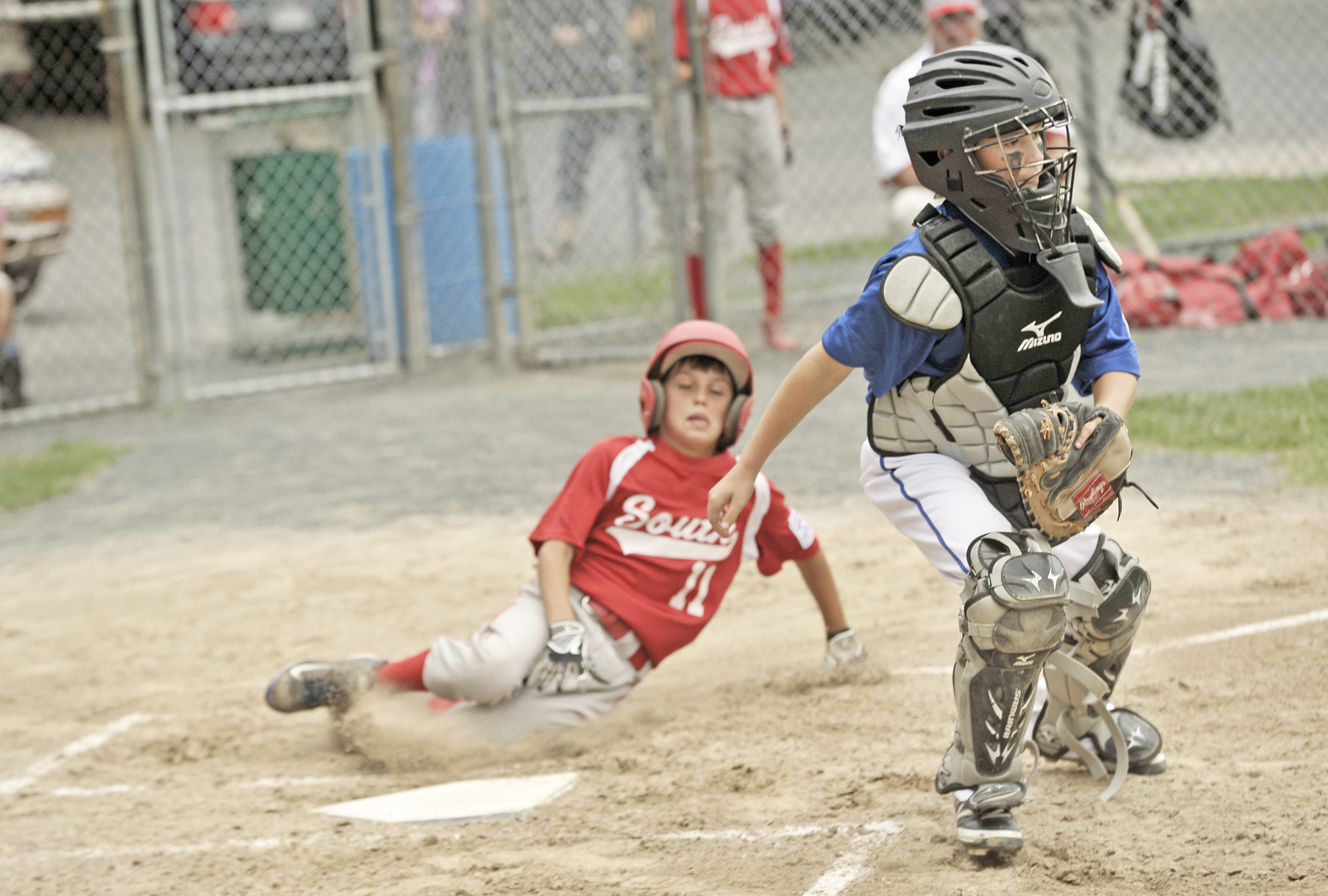 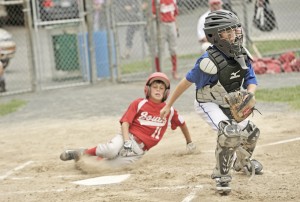 WESTFIELD – Pittsfield South jumped out to a 3-0, first-inning lead, and held off Westfield American to win the opening round of the Little League 11-year-old state sectionals Thursday night at Cross Street Field.
Although it was a loss for Westfield American, their team’s manager said it was not for a lack of effort.
“We put the ball in play quite a bit,” Westfield manager Mike Raposo said. “They just made all the plays … We couldn’t find the hole tonight.”
Westfield American managed just three hits with David Tirrell, Joey Dekarski, and Connor Medeiros collecting one apiece.
After fighting through early jitters, Westfield American’s pitching staff settled in and pitched brilliantly. Dekarski and Brody Zabielski combined to pitch five scoreless innings.
Westfield committed no errors, and its outfield was outstanding with solid play from Toby Barlow in right field and a diving catch from Jason Rokosz in left.
The Americans, who now must win three straight games to advance to the next round, play at Holden Friday night at 5:30 p.m.
“I hope we keep playing great defense and I know our hits will come,” Raposo said. 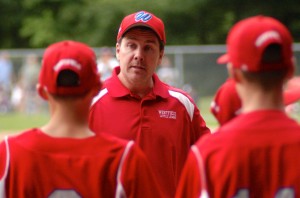 Holden blasts Nats
LITTLE LEAGUE BASEBALL
MAJORS STATE SECTIONALS
Holden 22, Westfield National 1
WESTFIELD – One night after Westfield National blasted back-to-back-to-back home runs in a five-homer outing, their second opponent duplicated that effort and then some.
Holden belted six homers, including three straight and another back-to-back (two of which were grand slams) – all in a 15-run, fifth inning – to defeat Westfield National 22-1 Thursday night at Paper Mill Field.
Sean Gardner hit the first of Holden’s seven homers on the night, a three-run blast in the top of the third inning to take a 3-0 lead.
Westfield cut into the deficit when Jack Masciadrelli chopped a solo shot in the bottom half of the frame.
Holden starter Peter Field pitched a gem, allowing just four hits and striking out seven batters through four innings.
In the top of the fifth, Holden extended its 7-1 lead with two homers from Field, a three-run shot to make it 10-1 and another for the team’s 17th run; consecutive home runs from Kevin Skagerlind and Brady Johnson (completing three straight which began with Field’s first); and grand slams from Francis Fergusal and Douglas Cain.

Pittsfield pounds Post 124
AMERICAN LEGION BASEBALL
SECTIONAL TOURNAMENT
Pittsfield 8, Westfield Post 124 1
PITTSFIELD – Westfield pitcher Matt Irzyk had a one-hitter going into the bottom of the fourth in a scoreless game before Pittsfield put eight runs up on the board over the final frames of the double elimination tournament.
Westfield, which now faces a must-win situation, returns to action Friday night against East Springfield Post 420 at Bullens Field at 7 p.m.