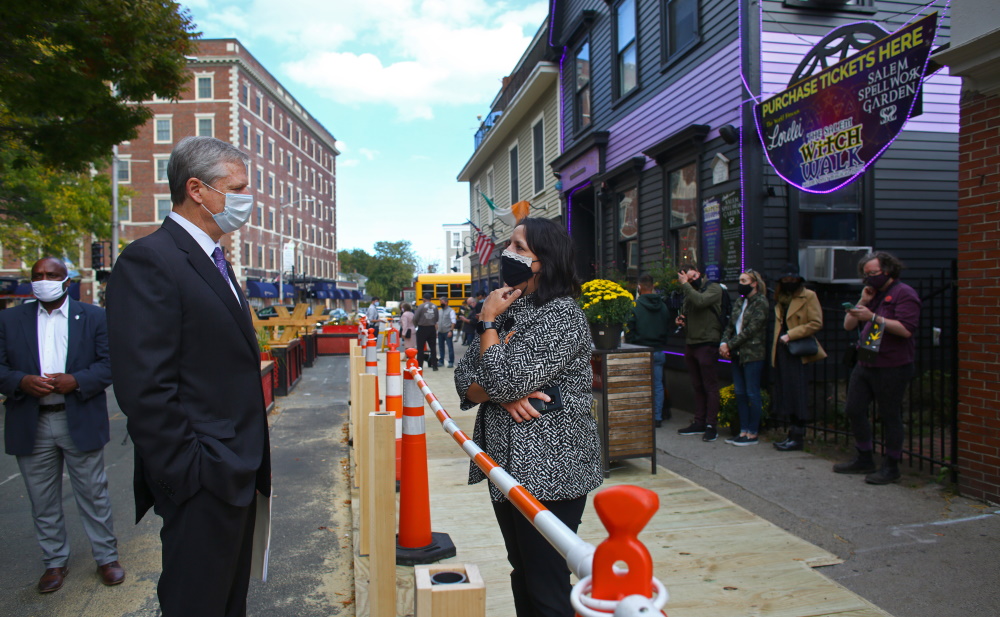 No ban or madates put in place, residents should ‘use common sense’

WESTFIELD/SOUTHWICK – Local communities keeping trick-or-treat on Halloween were a step ahead of Gov. Charlie Baker, who said Tuesday that the Halloween tradition would not be banned in the Commonwealth.

Instead, Baker said it was up to individual communities. Baker made the announcement from Salem, arguably the Halloween capital of the northeast. 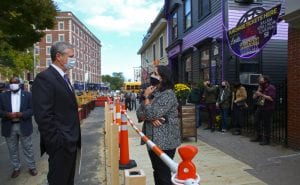 “We will be putting out tips and advice with respect to Halloween. You won’t see us put out what I would refer to as rules or mandates,” Baker said Tuesday in Salem. “We do want local communities in this particular case, given how different many of our communities are across the commonwealth, the opportunity to make their own call with respect to how they want to see Halloween operate.”

Westfield Mayor Donald F. Humason Jr. announced last week on social media that he would not “cancel Halloween” as Springfield has done.

“The City will not cancel Halloween,” Humason stated. “I leave it up to people to decide for themselves if their children or their households will be involved.”

Baker also suggested using common sense and practicing social distancing. He said trick-or-treaters should go out in small groups and wear costumes that include masks that meet COVID-19 guidelines. Baker also said families sleave candy outside for children to pick up rather than hand-out candy.

“The best thing you can do if you want to celebrate Halloween, find a way to get outside and just be careful and cautious,” said Baker. “Wear a face covering. Keep your distance and take advantage of all the guidance that’s been out there previously about the best way to avoid further infection.”

Baker did say that Halloween parties were “a bad idea.”

“I’ve had a number of people tell me they’ve been invited to those kinds of gatherings. Most years at Halloween, I understand why and it makes sense. This is not one of those years,” he said. Baker later added, “the reason we’re not canceling Halloween is because that would have turned into thousands of indoor Halloween parties, which would have been a heck of a lot worse for public safety and for the spread of the virus than outdoor organized and supervised trick-or-treating.”

According to State House News, in Salem, which annually receives flocks of tourists from around the world leading up to and around Halloween, Mayor Kim Driscoll said she is working with public health officials to issue guidance for trick-or-treating.

“We’re purists, folks are probably going to go out. And we feel like there’s family decisions … we have throngs of tourists that are here and if families can safely, certainly following those directives and guidance, in small groups with masks go, we’d love to be able to enable that,” she said. “And if residents don’t feel comfortable having people come, there are ways that you can turn off porch lights and give that direction as well.”

The Witch City was in the yellow, moderate risk category with a rising incidence rate in the Department of Public Health’s latest update on town-by-town COVID-19 transmission data. Driscoll had previously said her city would not move into the latest economic reopening round authorized by Baker, canceled all parades, festivals and large events, prohibited street performers from the downtown area, ceased all marketing, implemented a mandatory mask zone in the downtown area, and began requiring all overnight guests in Salem to complete a local traveler form.

Baker said he expects Salem will get “hundreds of thousands” of tourists this month despite the changes to cope with the pandemic and he praised Driscoll’s work to plan for the inevitable.

“There’s no question there will be people in Salem in October, it’s like the swallows going home to Capistrano or wherever it is they go. It just is going to happen,” the governor said. “But the work that the mayor and her team have done to establish a culture here of wearing masks and socially distancing and recognizing and understanding the issues associated with this is pretty powerful.”

Westfield has two options, so far, for those who want to participate in Halloween in a safe, socially distanced way. All Stars Dance Center is hosting a limited version of its annual Trunk or Treat at its 209 Root Road center from 2-4 p.m.  Anyone interested in hosting a trunk should contact Kim Starsiak at (413) 572-1122, or via email to [email protected].

Westfield State Representative Candidate Kelly Pease is hosting a drive-through trick-or treat Oct. 31 from 5-7:30 p.m. in the Mestek parking lot on North Elm Street. Pease and his costumed campaign volunteers will offer candy as residents drive-through the lot. Pease is seeking candy donations for the event and can be reached via [email protected].

Westfield on Weekends’ is hosting its annual PumpkinFest with a socially distant drive-in movie Oct. 17 and drive-by Scarecrow Trail and Haunted House tour Oct. 16-31. Information is available at westfieldonweekends.com.

In Southwick, a Trunk or Treat is planned at Southwick Regional School from 2-6:30 p.m. on Halloween. The event is sponsored by the Southern Tri-Town Girl Scouts, Southwick Civic Fund and Police Chief Kevin A. Bishop. Vendors will wear costumes and pass out candy through a vehicle’s passenger window. Anyone interested in being a “trunk” should send an email to [email protected].

Southwick has a list of suggestions posted on its website, southwickma.org, on how to safely celebrate Halloween during the pandemic.

Some information for this article was by Colin A. Young/State House News Service