WESTFIELD – Westfield Public Schools Superintendent Stefan Czaporowski told the School Committee March 1 that the new plan proposed by the state asks districts to return elementary students to school five days a week in person on April 5, with later dates in April for middle school and high school students to return in person every day. 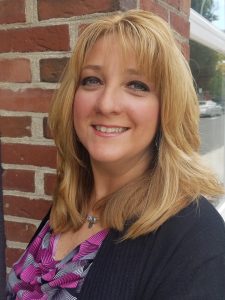 Czaporowski said the proposed regulations, which will be voted on by the state Board of Education in mid-March, states that after these proposed dates, hybrid remote time would not count towards “time on learning hours” except for students that are fully remote. He said there is a waiver opportunity for districts that have a reason not to be able to meet that requirement.

Czaporowski said in terms of the social distancing restrictions currently in place in schools, Commissioner Jeffrey C. Riley has lowered the requirements to three feet between students in the classroom, a reduction from the Center for Disease Control’s six feet guidelines.

“Other research parents sent me maintains six feet is the standard. There are conflicting messages,” Czaporowski said. He then asked the School Committee if they had an interest in applying for a waiver, whether temporarily or for the rest of the year.

Czaporowski said two of the district’s schools, Abner Gibbs and Fort Meadow Early Childhood Center, currently have classes with students three feet apart due to classroom sizes, and wouldn’t be able to bring in more students. He said other issues involve class sizes over 20 for specials in the high school among others, and lunch periods in most of the schools.

There are also issues with contracts that were negotiated in August 2020 for this school year. Human Resources Director Paula Ceglowski said that the Department of Labor Relations ruled in February that the School Committee does not have to negotiate changing instructional models, however they would still be obligated to negotiate the impact of changing models.

Ceglowski said she reviewed the decision with Attorney Russ Dupere, who represents the school district. He said in his opinion, if students are expected to come back in, the district would have to negotiate with each person currently working remotely due to a change in working conditions, and then determine if they can accommodate those employees. 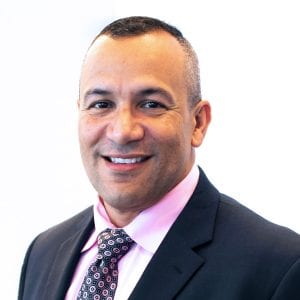 She said 71 out of 480 teachers are teaching remotely, less than 15 percent. She said there are a host of reasons why; for some due to child care situations. “All 480 teachers are working extremely hard. We are obligated to sit down with the union to renegotiate,” Ceglowski said.

Czaporowski said the virus hasn’t gone away. He said there were 12 positive cases in the school community last week. The Autism Quest program is remote this week due to contact tracing, and preschool at the high school is also out for the same reason, as are the minibuses.

Board of Health Director Joseph Rouse said the jury is still out on the three foot separation. He said a precedent has been set in other parts of the state and the country, and originally the three foot rule was the standard proposed by the CDC in the beginning of COVID, but out of an abundance of caution, they moved it to six feet He said some information from experts suggest that three feet can be adequate with all of the other protective measures in place. He said the district’s decision would be the same as for athletics. “We think we can do it safely, but if it can’t, pull the plug.”

Rouse also said the district “very definitely” needs to be worried about a safe work environment. He said regarding vaccines, the governor could overnight put teachers at the top of the list. “I think that’s going to happen relatively soon,” he said, adding that he’s not against applying for the waiver. “The waiver is a home run if you can get that, absolutely the way to go. The fact that this district was sending kids to school when everybody else was saying forget it, is a testament,” he said.

“We can apply for a waiver, but it might be denied,” said School Committee member Cindy Sullivan, adding that if time on learning is going to be cut out and they tell the district they have to do it, they can’t wait until the third week in March to plan. “We need to think about solving the problem instead of saying no,” she said.

“It’s not that we’re not working on it at all,” Czaporowski said, adding that Westfield has had more in-person learning time than most other districts because they took a smart approach and went slowly. He said the transportation director has started looking at scheduling buses. “I fully want our kids back; I see the benefits of it. But the waiver has crossed my mind, even if it’s a temporary one, to get more factual information on what’s safe.”

Czaporowski said currently more than 20 percent of students are fully remote, and it’s hard to tell if that number would go up with this change “We can make it work, but there are places where we can’t,” he said. He also said that the three feet versus six feet needs to be resolved, and dates need to be set for teachers to get vaccines.

Heather Sullivan, who participated in the MOA with teachers, said she was opposed “For me, the CDC has set six feet the whole time. The fact that the commissioner has said that time on learning doesn’t count… is insulting to teachers and students,” she said, adding, “I will never support this. We should file for a waiver, and do whatever we can to stand up for our teachers.”

Ramon Diaz, Jr. who also negotiated on the contracts, said he would also support a waiver. “I support us going for a waiver, but that waiver may be denied. At the same time, the administration and staff may need to come up with a plan,” he said.

Support for applying for a waiver on the April 5 date was unanimous.