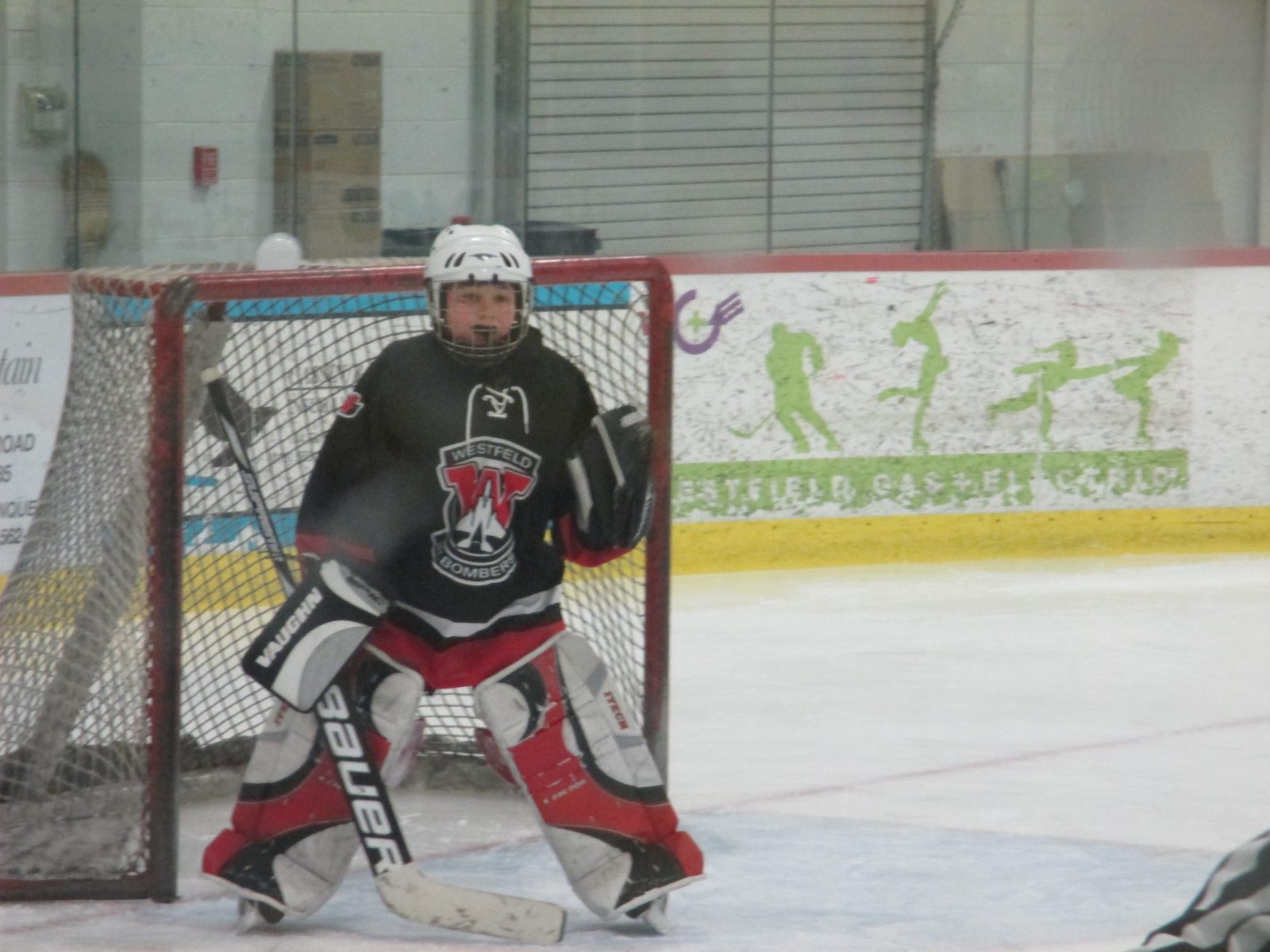 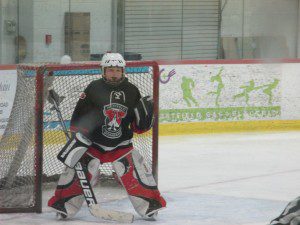 Westfield Jr. Bombers 4, Amherst 3
Sunday, November 9, 2014 at Amelia Ice Arena, Westfield, MA
Division: Squirt 3
The Jr. Bombers Squirt 3 team played their best game yet today, defeating Amherst 4 to 3.
Jack Cashman, in his first official game as goalie, was between the pipes today, saving 32 of the 35 shots Amherst fired at him. Great job Jack! In the first period, Reid Imbriglio, assisted by Ryan Rodgers and Ryan Delfaco, made the first goal with 2 minutes 55 seconds to spare.
Sara McMahon and J.J. Fox continued to keep up the pressure in the 1st with multiple attempts at goal. In the second period, Ryan Delfalco scored the second goal of the game with an assist by Reid Imbriglio, just 3 minutes into the period. Then, in the third period, Westfield shut down Amherst and pulled out all the stops! Westfield was unstoppable, J.J. Fox playing defense, fired the puck unassisted past Amherst’s goalie to tie the game. With just 1 minute and 33 seconds to spare, Michael Miller in his first goal of the season, with the assist by Spencer Roy, seals the win against Amherst. The crowd went wild! Congratulations to our Squirt 3 team, all the hard work and training has paid off.

Westfield Jr. Bombers 19, Ludlow 5
Sunday, November 9, 2014, Smead Arena
Division: Mite 1
The 7AM game time didn’t keep the Jr. Bombers from hard charging right from the get-go against the less than challenging Ludlow team. Less than five minutes into the game, Darrin Schnopp started the Jr. Bomber string of goals assisted by Jacob Jarrell followed by the scoring of Sean McMahon, Francis Powers, Gwenn Hosmer, assisted by Jarrell followed by Jarrell netting one unassisted. Ludlow would squeak one by Westfield goaltender, Brayden Czarnecki, but Westfield was soon to follow with another assault with goals from Jarrell, McMahon, Joey Roselli assisted by Evan Grant and two back-to-back by Jarrell. Then it was dual “Evan” goals with one from Grant followed by one from Evan Michelucci. Jarrell would continue his streak with another and Ludlow would score their second goal followed by Westfield goals from Powers, Grant and Jesse Spear. Roselli netted another for Westfield sandwiched between two Ludlow goals. Jarrell would get his fifth and final goal of the game followed by a quick Ludlow goal in response. Grant would net his third goal of the game for a hat-trick assisted by Schnopp. Czarnecki did an outstanding tending goal with 37 save in 42 shots. – Courtesy of Westfield Youth Hockey