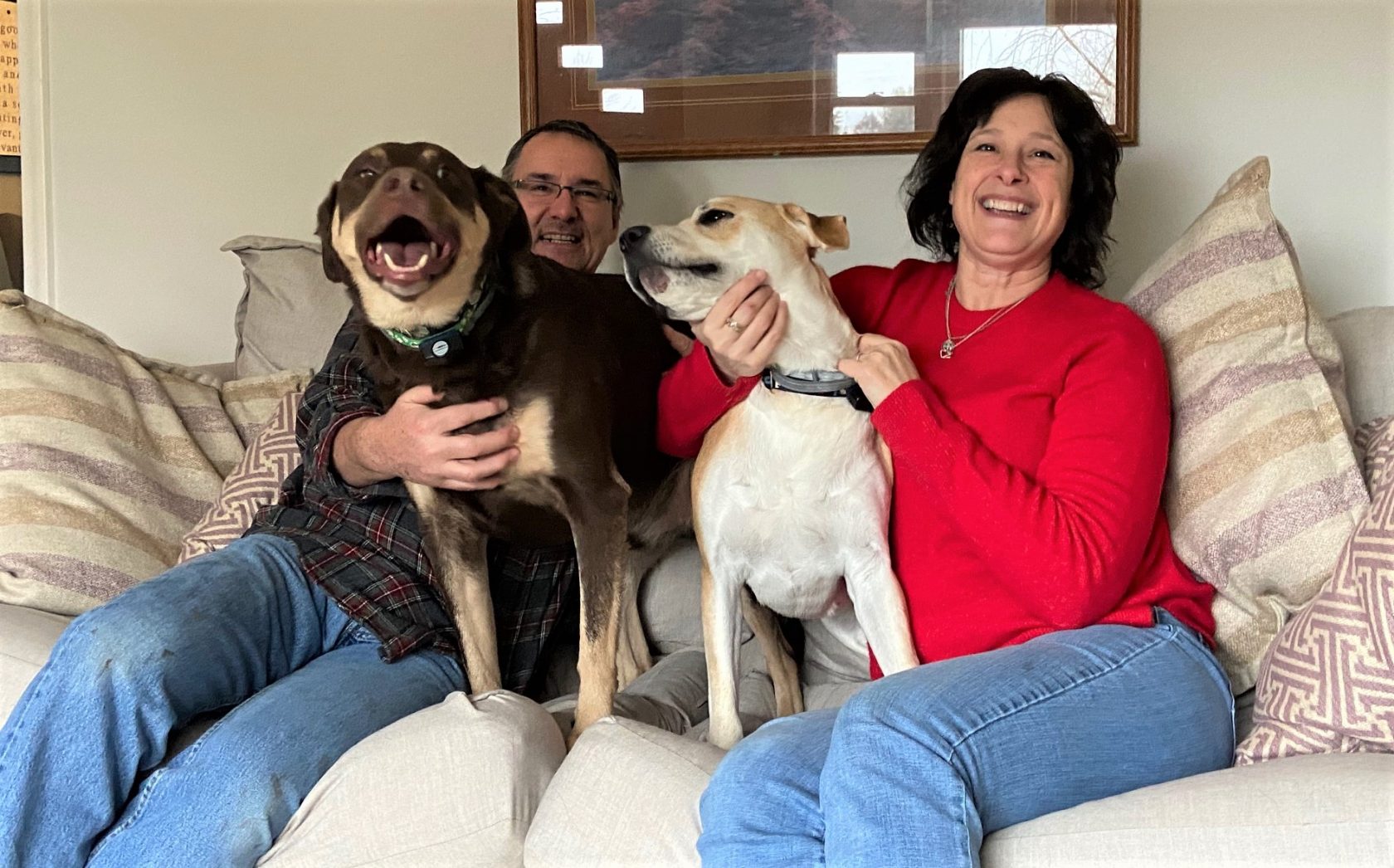 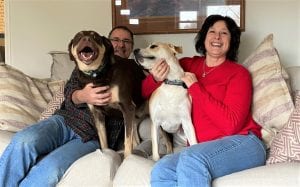 WESTFIELD – Although the New England Patriots did not make it to the Super Bowl this year, Westfield’s own canine superstar Uno was selected for Animal Planet’s Dog Bowl.

The third annual Puppy Bowl Presents: Dog Bowl showcased dogs ages 3-14, most of which have been rescued, in two teams: Team Goldies and Team Oldies. Like their younger counterparts featured in the Puppy Bowl, the Dog Bowl stars are adorable and athletic, though some may not be as playful as the pups.

Uno is a two-year-old mix of American Staffordshire Terrier, Chow, yellow Labrador and Australian cattle dog. Rescued last fall by Westfield resident Tina Burl and her husband Peter Storozok, Uno was found living on the street in Texas. He had just one full ear and heartworm, and as soon as Burl saw him, she knew he was hers.

“I found him online and I just connected to his photo,” she said.

Uno was being fostered at the time after spending a long time in a shelter.

Westfield’s own Uno is a star of the Dog Bowl 2020. (ANIMAL PLANET PHOTO)

“No one wanted him,” said Burl. “Because of his ear, they thought he may have been a bait dog. He was brought to many adoption events, but he was always the last dog left.”

His foster mom in Texas was also connected to Uno and took him in but could not adopt him. When Burl found him, she also found a new friend.

“I would Facetime with his foster mom and we also connected – I now have a friend in Texas,” she said.

Burl said not long after bringing Uno home to Westfield, where he joined his canine “brother” O’Reilly, Burl was contacted by Animal Planet for Uno to appear on the Dog Bowl.

Burl brought Uno to New York to film the show in October. She said Animal Planet gave him a DNA test, which is how she found out his breeds, and took doggie glamor shots. Burl said the experience was a bit overwhelming for Uno, but worth it to showcase the advantages of adopting an adult dog.

Burl said she participated to inspire others to adopt a dog that was not necessarily at the top of adoption lists.

“Most people want a puppy,” she said. “Puppies are a lot of work. You have to train them, and they chew on things – an adult dog doesn’t have those problems.”

Burl and Storozok found that Uno fit right in. He and O’Reilly bonded quickly, and he settled into the family.

“We have had puppies and raised them and loved them, but I feel like Uno really appreciates us,” Burl said. “I want to raise awareness about adopting an older dog – they’re awesome and they appreciate you.”

The Dog Bowl premiered Feb. 1  on Animal Planet, with 65 dogs from 32 shelters across the country.