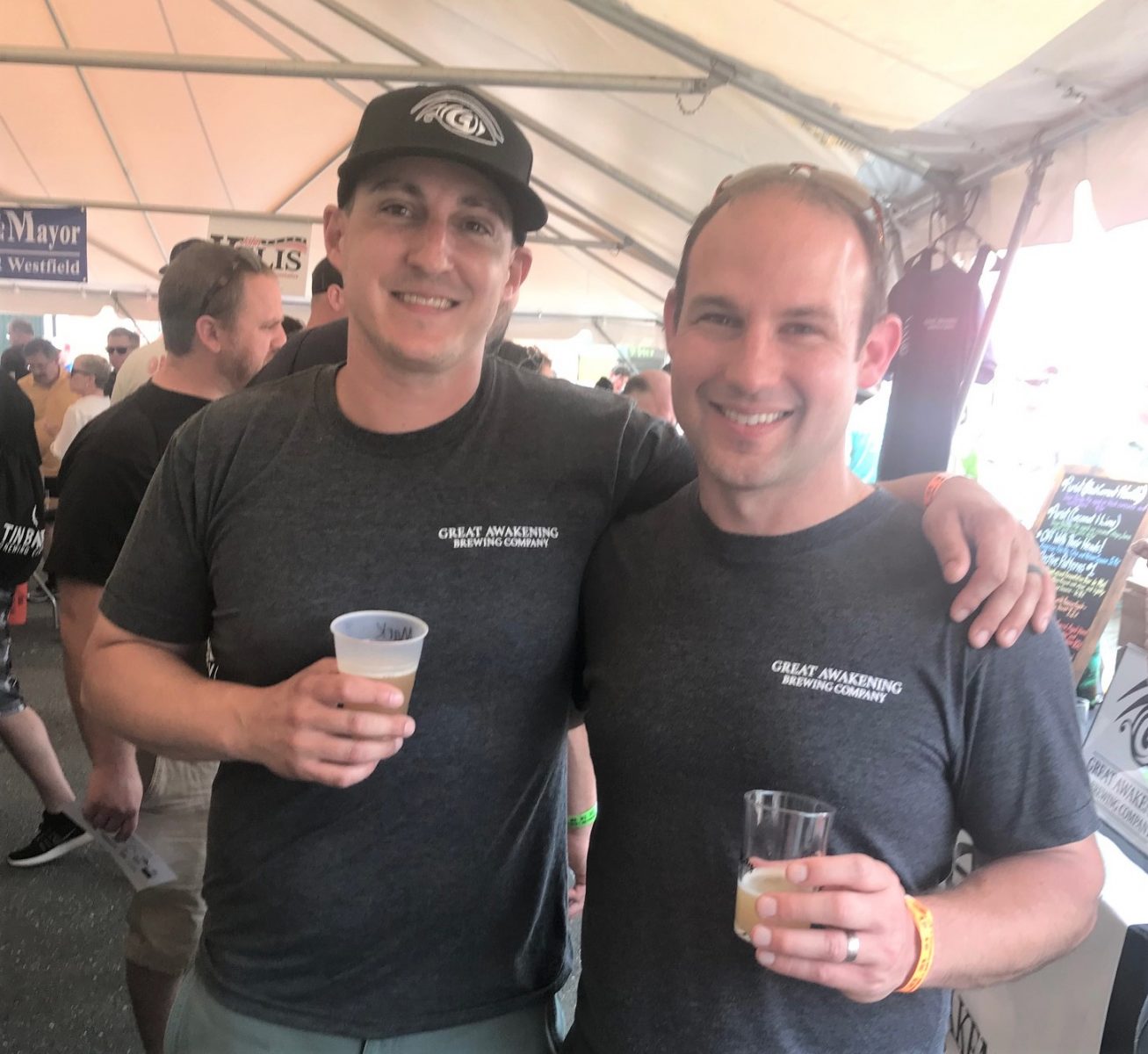 The June 1 event to benefit Amelia Children’s Museum brought nearly 700 ticket holders to The Westfield News parking lot where 40 breweries offered samples of their best brews – and in some cases their best spiked sodas and seltzers.

For craft beer aficionado Michael Seligman, the day of beer sampling was an early Father’s Day gift from his wife Shauna Seligman. The West Springfield residents said they love to try new craft beers, especially those made locally.

“This is fantastic,” said Michael Seligman. “There are a lot of breweries we wanted to go to, and they’re all here in one place.”

Shauna Seligman said she wanted to treat her husband.

“He adopted my son, so he deserves the best Father’s Day gifts,” she said.

Some attendees traveled hours to the event, including Sean Broderick, of Boston.

Broderick, a native of the Berkshires, attended the Brewfest with 14 friends who were there for a bachelor party for Jim Galliher of Dalton. 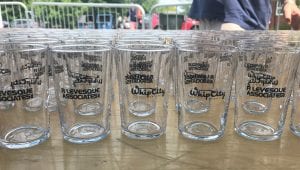 Whip City Brewfest glasses are lined up at the start of the June 1 event. (Hope E. Tremblay Photo)

“This was the perfect way to celebrate,” said Vandervalk.

“We even exchange beer for Christmas,” added Baumgartner.

For Broderick, who attends beer festivals on the east coast regularly, the Whip City Brewfest measured up to its Boston counterparts.

“They have a similar setup and some great local beers that haven’t made their way to the eastern part of the state,” he said.

Organizer Chuck Kelly deemed the event a success even before the VIP hour was over and general admission began.

“It’s a great time,” he said. “The music is fantastic, and we are fortunate that so many vendors want to be here.”

Kelly said the city supported the museum by closing the street and issuing permits and attending the Brewfest. Kelly said the event grew in the number of vendors and attendees since the first year, which bodes well for the museum, which uses the proceeds for operating the museum. 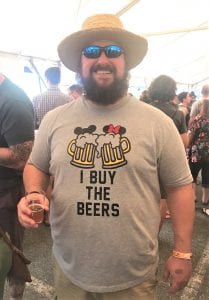 Tin Bridge Brewing was the headline sponsor for the second year. Joe Cocchi, who owns Tin Bridge with his brother Nick, said last year they opened on East Main Street and wanted to get their name out to the public, so they signed on as the main sponsor. This year, they came back because it was such a great experience for a great cause.

“We are really happy to support the children’s museum,” Cocchi said. “And it’s great to meet other brewers and network. It’s a growing community and we’re putting Westfield on the map as a destination for good beer.”

Best friends and business partners Mark Netzer and Andy Grenier brought their brewery, Great Awakenings, to the Brewfest for the first time this year.

Great Awakenings will open to the public in the Mill at Crane Pond at the end of the year. The friends said producing quality beer is their mission, and they’re doing it in a big way.

“We have over 75 beers in our repertoire,” said Netzer.

Grenier said they brew a variety of styles so there is a beer for just about every taste. The men said they have been friends for many years, served each other as best man in their weddings and took a leap of faith in each other to open start their company and commit to staying in the city.