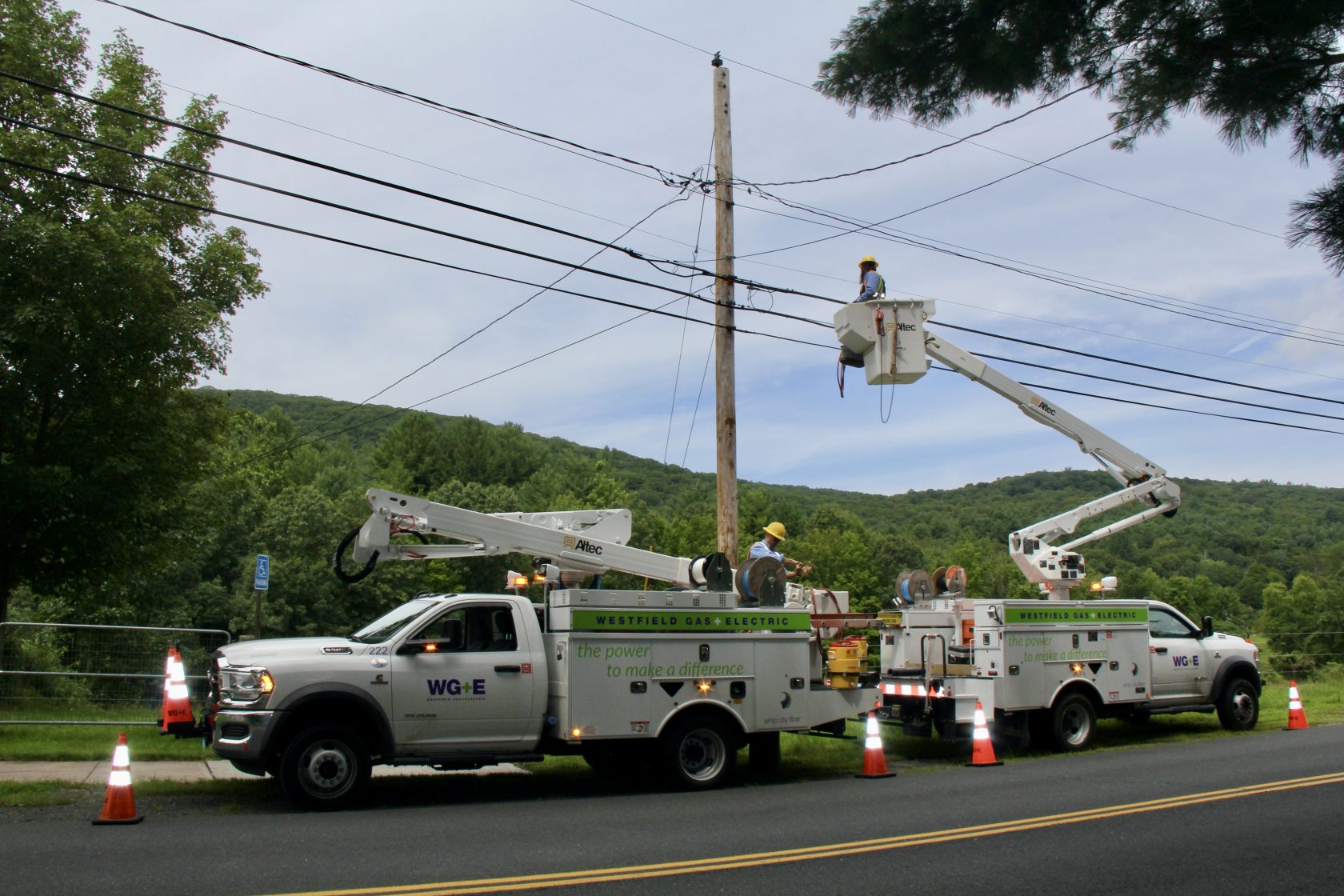 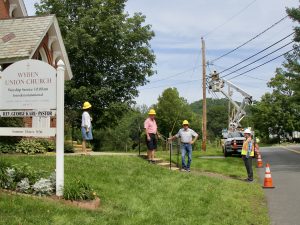 WESTFIELD — Westfield Gas & Electric has begun construction on Whip City Fiber service for new customers in Wyben. This work is part of a 12-month expansion announced by General Manager Tom Flaherty Sr. in April. The expansion will provide fiber-optic internet service to an additional nine neighborhoods and is part of an effort to bring service to all of Westfield by 2025.

“The last year has made clear that high-speed internet is a critical utility. We know that customers are using access for everything from remote work and school to shopping and medical appointments,” said Flaherty. “Westfield residents are fortunate to have a locally owned option for internet which provides gigabit speed and exceptional service. We are thrilled to see this expansion construction kicking off today.” 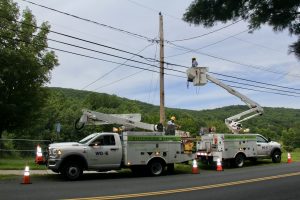 Whip City Fiber technicians John Trudeau and Peter Bitzas string fiber on the poles. Work this summer in Wyben is part of an expansion of the city-owned fiber-optic network into nine Westfield neighborhoods. (Submitted photo)

Residents will see trucks running fiber on the poles over the coming weeks, and installations are expected to begin in early fall. Installation appointments are called in the order that applications are received. Customers are encouraged to submit an application today at www.whipcityfiber.com.

Gigabit speed service in Westfield is available for $69.95 per month, with phone service an extra $12.95, plus taxes and fees. Some customers can qualify for a $50 per month discount with the Emergency Broadband Benefit Program. More information and eligibility requirements can be found at www.whipcityfiber.com/promo/ebbp.