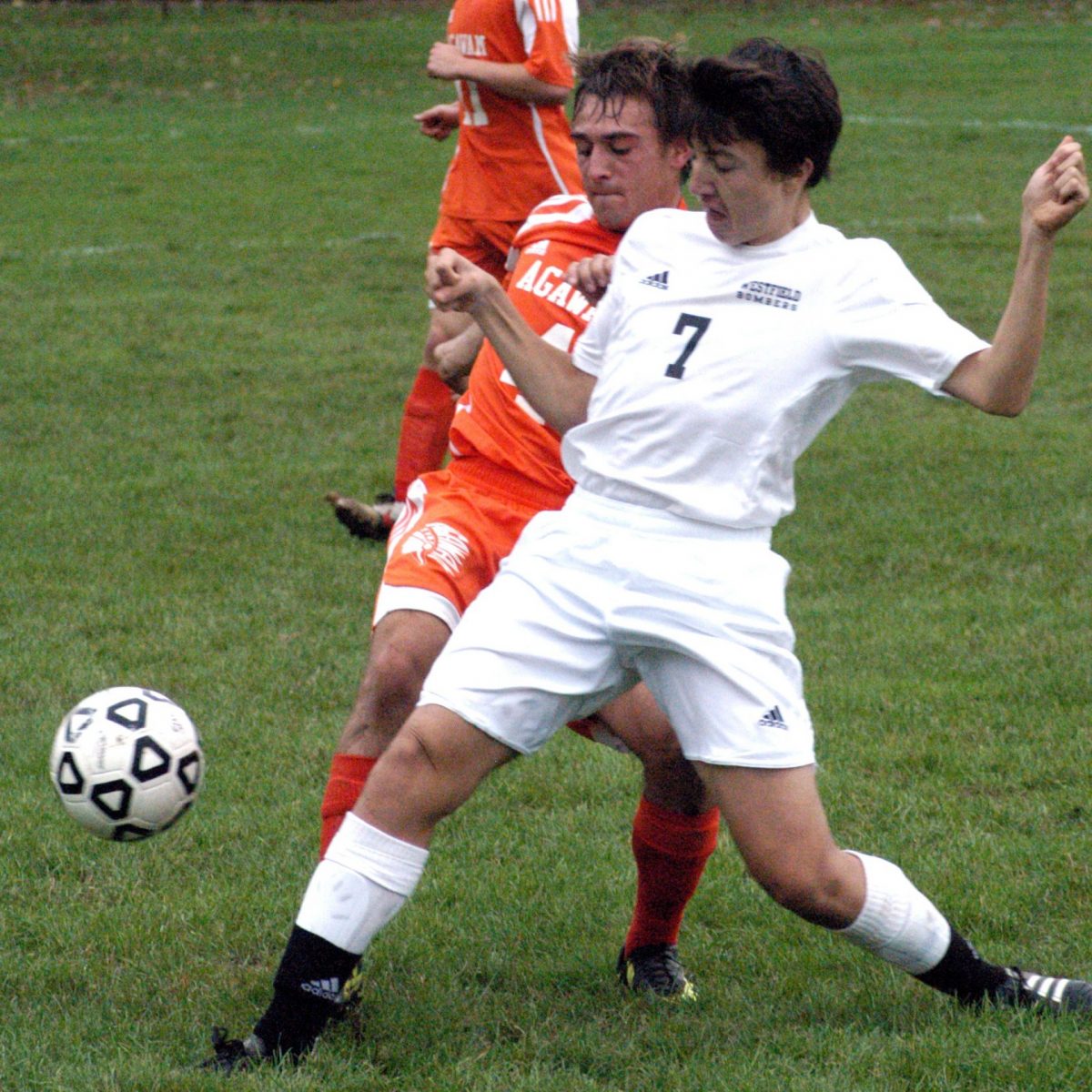 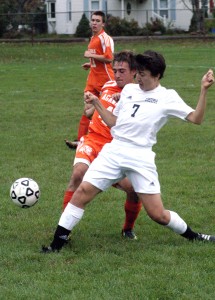 Westfield’s Loelz Braind (7) and Agawam’s Joe Cecchi (4) muscle for position and control of the ball Monday. (Photo by Chris Putz)

WESTFIELD – The road for the Westfield High School boys’ soccer team just got a bit rockier.
Westfield had multiple scoring opportunities Monday against Agawam, but none of the shots would fall as the two teams battled to a 0-0 tie. The Bombers must now go 3-0-1 over their final four games to qualify for the Western Massachusetts Division I tournament.
“We had plenty of chances in the second half,” said Westfield coach Gabe Crane, whose team started slow but gained steam later in the first half. “I thought we had a couple of goals. They just didn’t fall in the back of the net.
“Our battle continues,” Crane added. “We have no more for losses in our schedule.”
Gateway 1, Pioneer Valley Regional 0
Curtis Dowers scored on a pass from Ferdinan Baillargeon in the 26th minute to lift Gateway to 7-3-3. Mike Arel made five saves in goal in a shutout, and the team’s defense held off a late push from Pioneer.