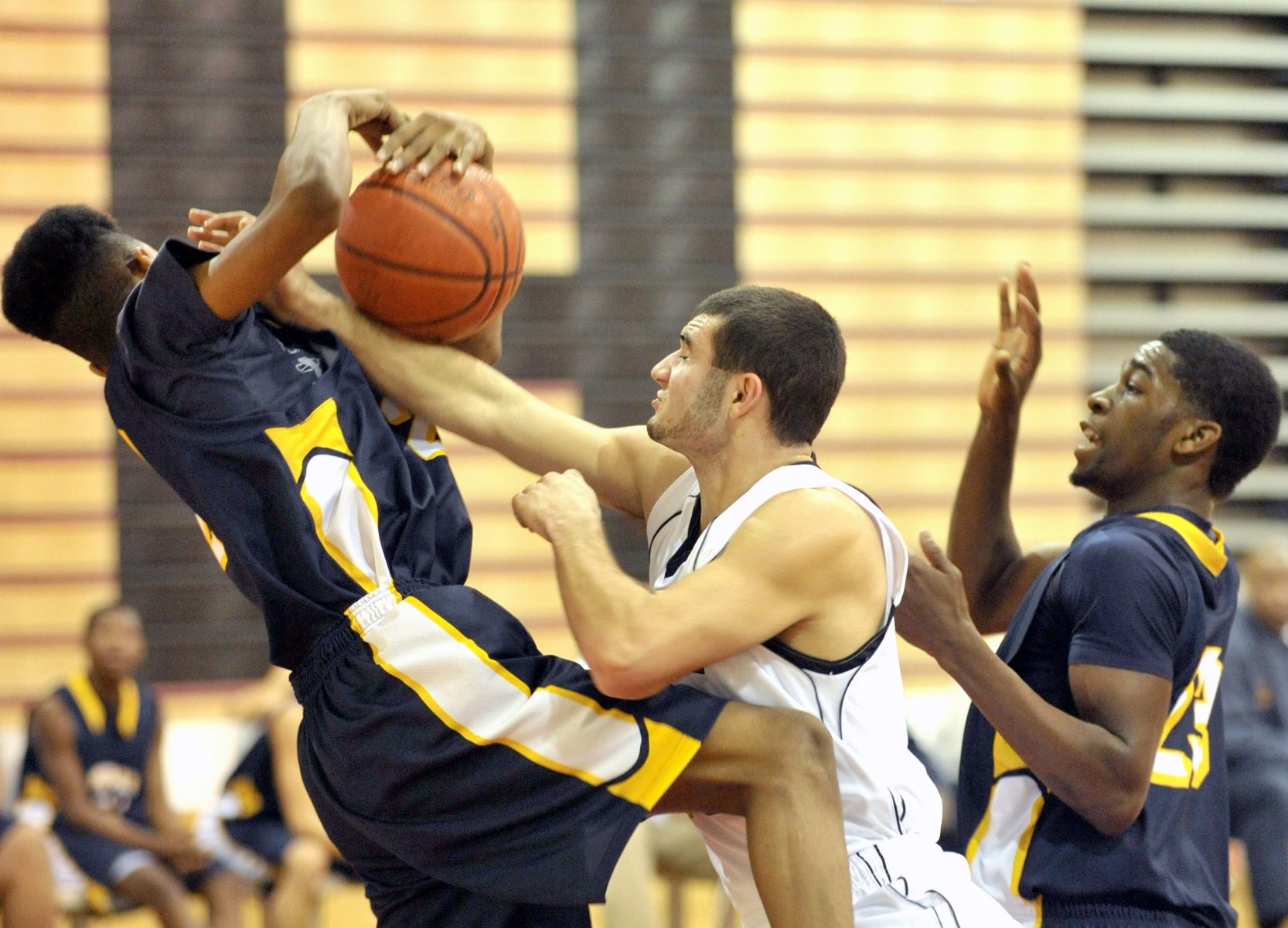 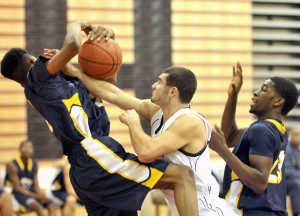 WESTFIELD – If the Westfield High School boys’ basketball team felt like it had run into a brick wall, or rather a dam, on Wednesday night, it is because the unbeaten Putnam Beavers’ defense was nearly impenetrable.
Murrell (19 points), Kayjuan Bynum (16), and Dizel Wright (11) led Putnam, which improved to 16-0.
“They were the team we thought they would be,” Westfield coach Bill Daley said of the opposition, arguably the best team in Western Massachusetts. “We’re just not up to that level right now.”
Putnam opened with a 14-3 run, fueled by numerous turnovers and empty offensive trips up the court by Westfield. The Bombers committed 32 turnovers in the game.
Westfield’s towering 6-8 senior forward D.J. Florek kept his team from being blown out in the first half, spurring an 8-0 run with back-to-back 3-point shots late in the second quarter. Florek also established a defensive presence in the paint, blocking two shots in the opening minute of the first quarter.
The Bombers two big guys – Florek and 6-5 center Justin Hebert – finished the game with six points apiece. But the Beavers found their way around the defense, knocking down shots from the perimeter and using their athleticism to get to the rim.
Putnam went on a 15-4 run in the third quarter to build a 20-plus point lead, 47-23, to effectively end the game early. The Beavers held Westfield’s smooth shooting forward, Devin Wells, to just five total points.
The Bombers fell to 7-7 with the loss, and now must win three of their final six games to earn a Western Massachusetts Division I tournament berth.
“We have to right the ship real quick here,” coach Daley said. “We still got a chance. One of the things about these guys is that they kept playing hard (tonight), so hopefully we can turn it around.”

HOCKEY
Westfield 2, Agawam 2
Agawam tallied a goal with less than three minutes remaining to hand Westfield its first tie of the season. Sean Spohr and Chris Gentile scored for the Bombers, who are now 10-1-1 overall.
Westfield entered Wednesday’s game having beaten Simsbury (3-2) and East Longmeadow (4-2) in the last two.