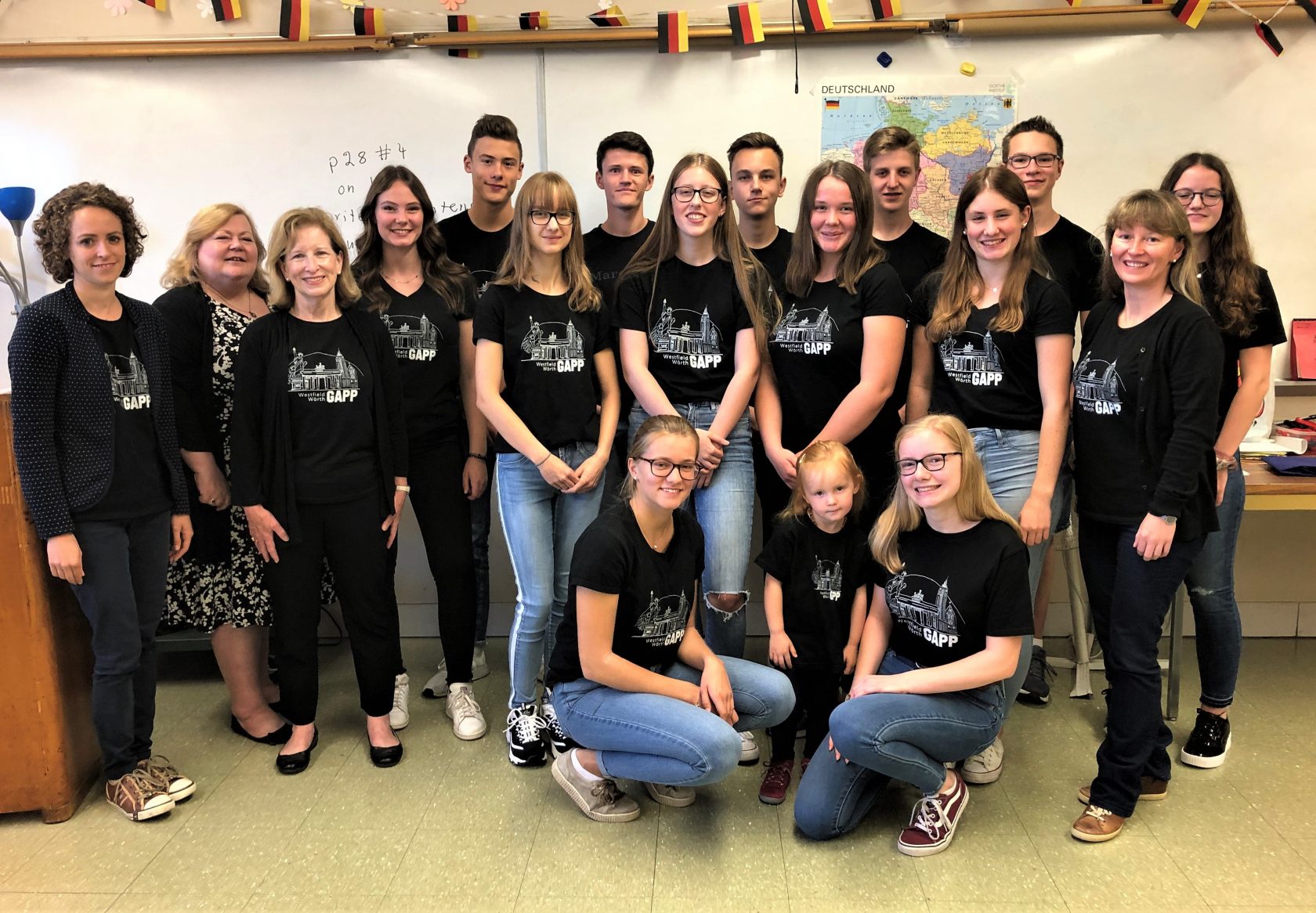 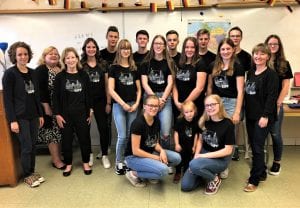 WESTFIELD – Westfield High School has been participating in the German American Partnership Program (GAPP) with Woerth-am-Rhein, a town in southern Germany not unlike Westfield for the past three decades.
In the GAPP program, which is sponsored by the German government, the Goethe Institute, and American Association of Teachers of German (AATG), eleventh grade students from Germany spend three and a half weeks in the U.S. with student exchange partners, staying in their homes and going to school with them. In June, the American students will go to Germany and stay with the same exchange partners in their homes. The program runs at no cost to the district.
“These kids and exchange partners; some stay friends for a lifetime,” said teacher Christine Gerbetz, who along with her three-and-a-half year old daughter Annemarie and fellow teacher Eva Glaser accompanied the German students on the trip.
Gerbetz said she is still in touch with her exchange partner from high school when she participated in GAPP. 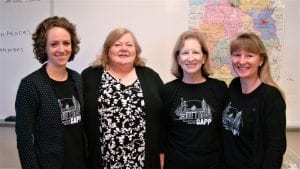 The teachers are also exchange partners with each other. WHS former German teacher Kathy Gallogly started the GAPP exchange in Westfield, and still leads the group with current teacher Martina Hauser. Her exchange partner is Gerbetz, while Glaser stays with Hauser.
“Martina did a wonderful job of matching,” said Gerbetz. She said the two schools and the students are very similar, and match very well.
The teachers are not the only ones that are enthusiastic about the program. The 14 German students were eager to talk about their experiences visiting New England.
“The host families are really nice,” said one.
“After a few days, you really feel like a part of the family,” said another. During their stay, the host families have taken them apple picking, through corn mazes, and carving pumpkins. One student said she visited Yankee Candle, where it snows all the time. 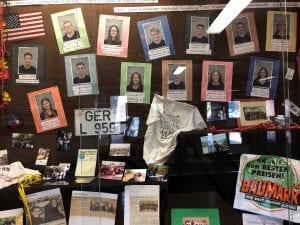 The school also has been very welcoming, according to the students and their teachers. In the entrance to the school is a glass display case with the photos and names of all the German students. “We had a very nice welcome party on our first day of school,” Gerbetz said.
The students in Westfield were described as being very friendly, open-minded and asking them a lot of questions. “Everyone says hello to you,” they said.
One of the requirements for the German students, who have been studying English since the fifth grade, is to give presentations to different classes about their food, culture, sites and music. Turns out these are not very different, either. The students said they listen to the same music, and also watch the same TV programs. “Friends,” “The Big Bang Theory,” and “Stranger Things,” were among the shows they named. They also go to all the Star Wars and Marvel movies.
One student said they know a lot about the schools and buses from the shows they watch.
When asked what was different here than at home, they said everything is bigger. The food is bigger, people’s yards are bigger, and the trucks are bigger.
Some of the differences they mentioned included how every teacher in the U.S. has their own room, and every day has a different schedule.
Everybody has lunch in the cafeteria. In their school, they have two 15 minute breaks in the morning, then after six periods a 20 minute break to eat. “More breaks, longer days,” they said.
They also have a different grading system, from 1 to 15, with 15 as the best grade.
The students said the school community is better here, with more school spirit. One of their group activities was to attend a WHS Bombers home football game. Germany does not have as many school-sponsored sports, they said. Hauser said WHS teacher Bob Koh also got them tickets to a Yale football game
There are also no German flags in classrooms at home, and they are not often seen, except at events like the World Cup. They have no pledge of allegiance, which starts off the day in Westfield, and which some students found confusing.
The students attended Westfield Day at the Big E. Asked if they tried any of the “weird” food there, they remarked that everything was fried. Some of the food they tried for the first time included fried dough, fried onions, fried Reese’s, corn dogs, the CrazE burger, which they said they had to share; and baked potatoes with all the toppings.
Each student also cooked a traditional German meal for their host families. Many made Dampfnudeln, a traditional food from their region, made of dumplings with a salty crust, boiled and puffed up. One student said her grandmother had her practice cooking it with her in preparation for the trip.
Another student made Uasespatzle, a German-style mac and cheese with soft noodles

German students Sebastian Strauch and Hannah Schaaf designed the t-shirts for this year’s GAP exchange with Westfield. The names of all of the U.S. and German students are on the back. (Photo by Amy Porter)

Two of the students designed t-shirts for the exchange, another tradition, and brought one for each of the American students. The shirts list the names of the American and German students on the back.
The group visited Boston, where they went to Harvard University, the Freedom Trail and the JFK Museum. They also went to see the play “Sheer Madness,” which is about hair stylists and murder, they said.
At the end of the trip, the group will spend a couple of days in New York City to tour Central Park, visit the Empire State Building, walk the L Line, and go to the Museum of Modern Art.
“We are very thankful for what Martina and Kathy do for all of us,” Glaser said. ““For us, it feels like a second home.”
“They do the same thing for us when we visit,” said Gallogly.
GAPP, Inc. is dedicated to the initiation and development of student exchange programs between the United States and Germany, inspiring intercultural understanding, promoting German language instruction and motivating personal friendships.
Since 1972, GAPP has impacted the lives of more than 360,000 students and teachers.

AmyPorter can be reached at [email protected]