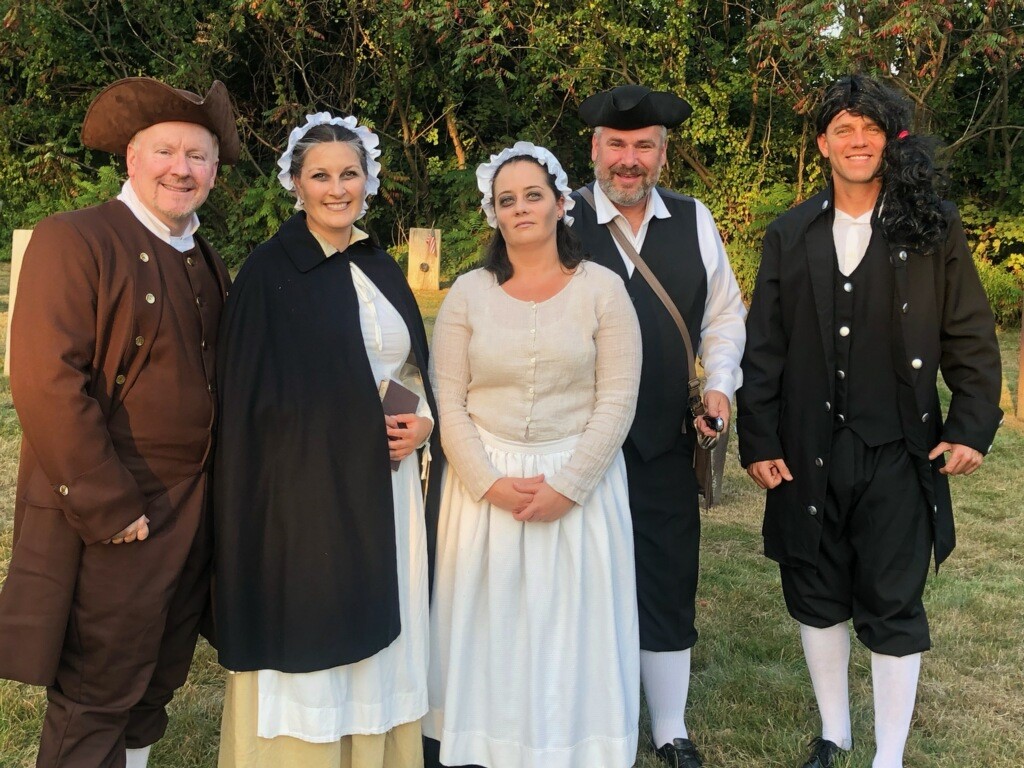 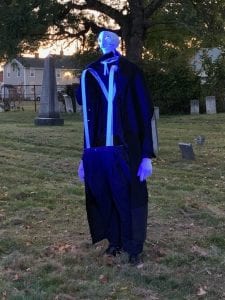 Rick Gaylord, Cindy’s husband, participates in the tours each year with a costume featuring some sort of elaborate special effect. This year he went with what he calls the ‘invisible man’. (Photo submitted by Cindy Gaylord)

WESTFIELD- The 7th annual Old Burying Ground Ghost Tours took place on Friday and Saturday at the Mechanic Street cemetery and  people turned up to learn about the city’s history through the eyes of its current prominent residents.

Historical Commission Chair Cindy Gaylord said that more people showed up than was expected, as a lot of the tickets were not sold ahead of time. Many of those who took part in the tour purchased their tickets at the gate, Gaylord said.

“We didn’t know what to expect because we didn’t sell all the tickets, but a lot of people came to the gates.” said Gaylord.

This year’s tour saw the introduction of a new ‘character’ from Westfield’s history that had not previously been portrayed in the tours.

Isaac Phelps, one of the city’s 13 founding members, was portrayed by his own ninth great-grandson, Michael Ingraham, who also sits on the Historical Commission.

Another character making their return this year was John Ingersoll, who was newly portrayed in last year’s tours, by Steve Dondley.

“All of the comments were all very positive and we were delighted to see that.” said Gaylord. “Every year, even though this is our seventh year we are still amazed at how many people never knew this even existed [the cemetery] let alone the histories of all of the people in it.” 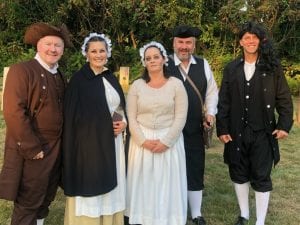 One of the main topics of discussion by the characters in the tours was how they simply survived in what is now Westfield in the 17th and 18th centuries. Between attacks, disease, and nature itself, Gaylord said she is surprised that the settlement of Westfield made it out of that time period.

Bob Plasse of Westfield on Weekends portrayed Jeremiah Fowler in the tours, and he described Westfield at the time of its founding as the ‘”Wild wild west.”

“This is such a great event,” said Plasse. “The best part about this for me is that it is an a-typical ghost tour in a way, as the people on the tour get to interact with the guide, going from stone to stone and meeting the ghosts along the way.”

Gaylord said that she and the rest of the Historical Commission had not had the chance to tally up how much money had been raised as of Sunday evening. She noted that the funds that are raised will be used for the maintenance and preservation of the Old Burying Ground where the tours take place. This year, the wrought iron fencing surrounding five of the cemetery’s plots is in need of repairs.

She also addressed previous comments she and other commissioners made where they questioned whether there would be any Ghost Tours in 2020. Gaylord said that the decision had not yet been made and likely will not be made until closer to next fall.

“If we do take a break it will just be for a year or two then we’ll come back bigger and better.” said Gaylord.