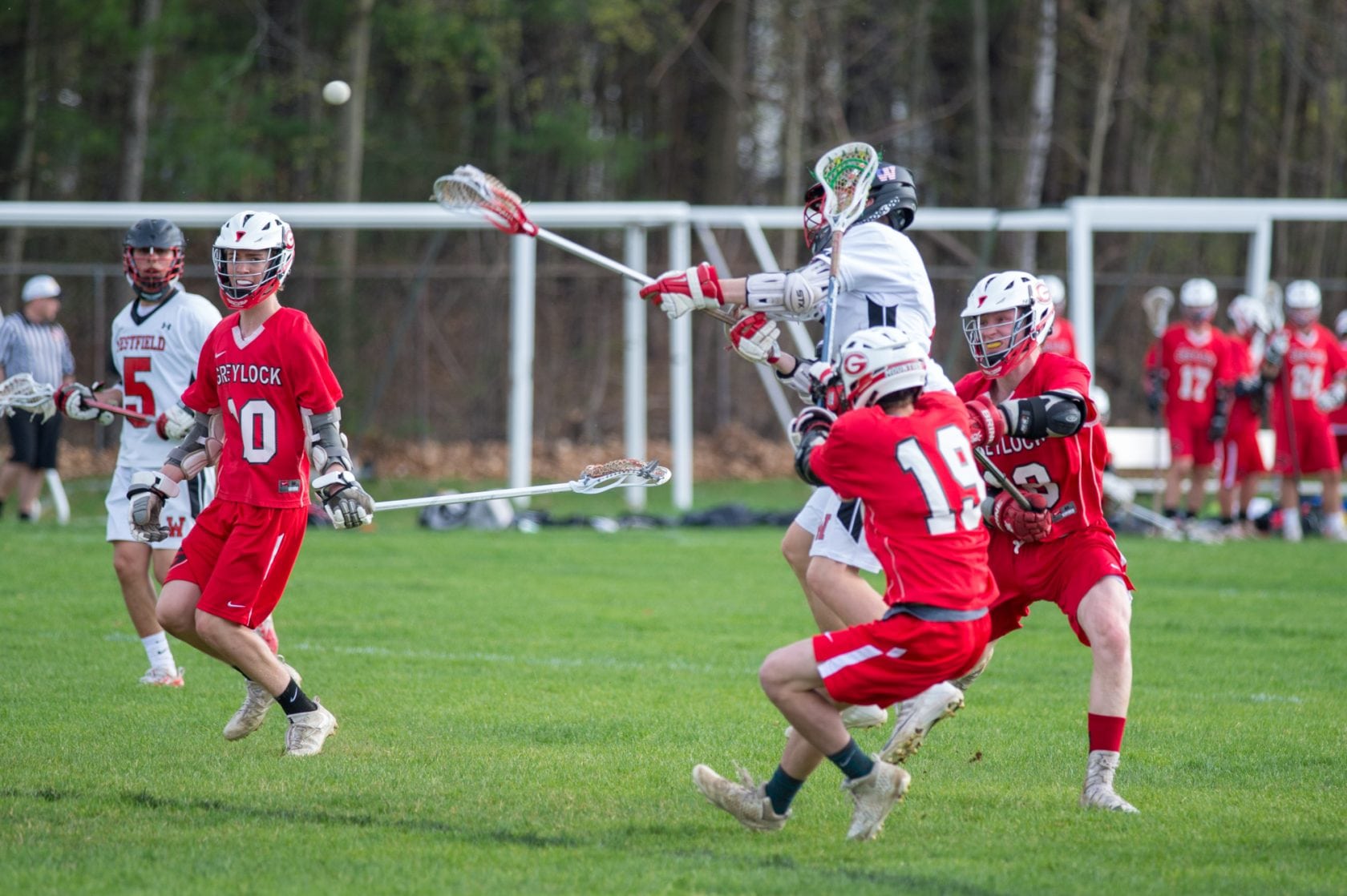 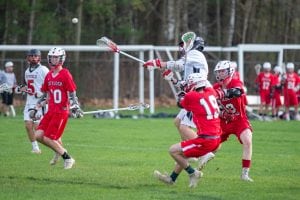 Surrounded by the Mount Greylock defense, Westfield’s Will Cameron scores one of his four goals for the game Thursday. (Photo by Bill Deren)

WESTFIELD – It may not have been a true double header, but the Westfield High School lacrosse program dominated the day-night play with the boys prevailing in a home rout and the girls winning a road thriller.