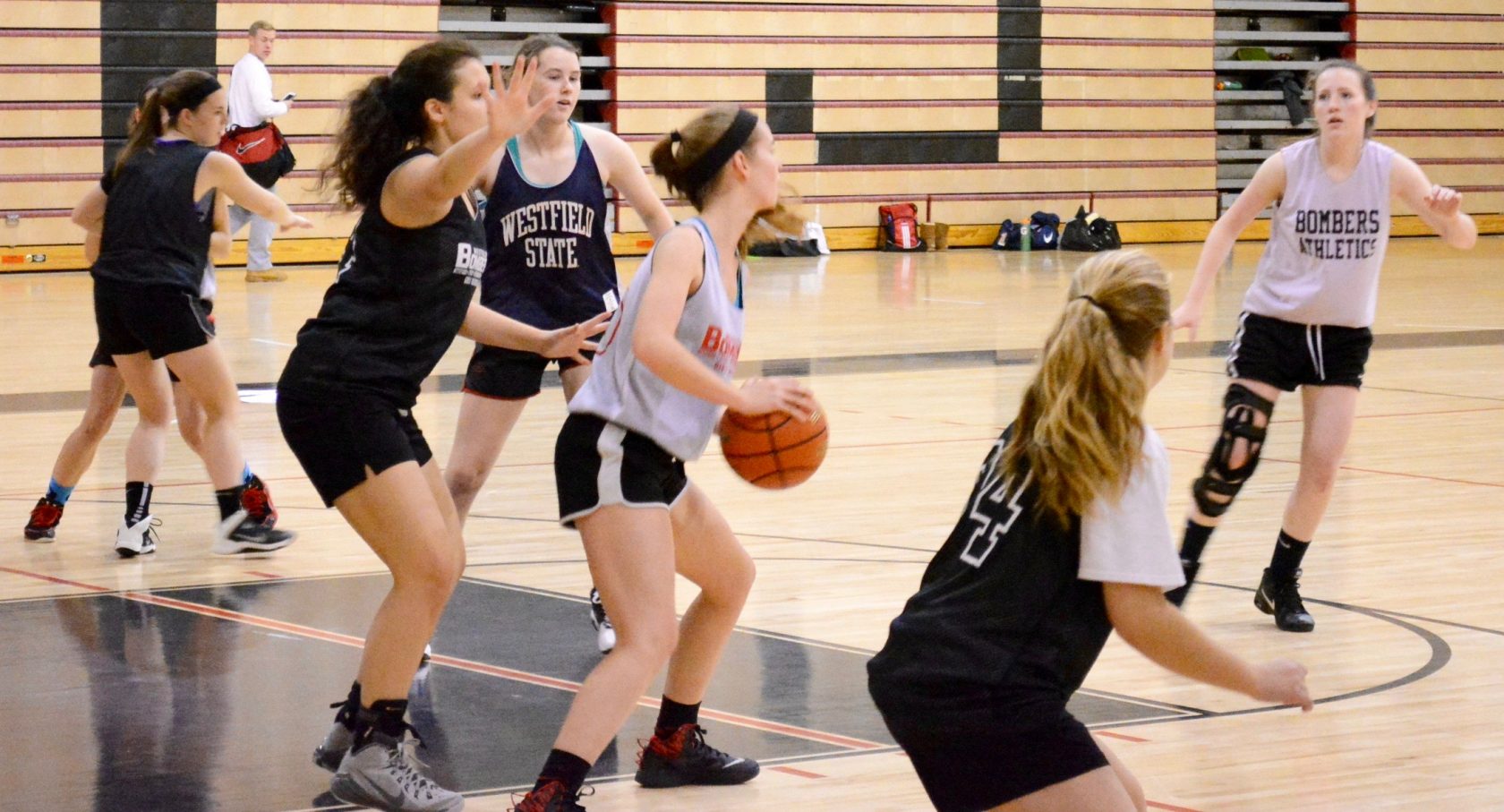 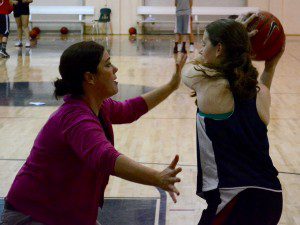 WESTFIELD – There is typically only one evening set aside to honor a respective sports team’s players from a graduating class.
A veteran-laden Westfield High School girls’ basketball team is hoping to transform every game into “Senior Night.”
“We have eight seniors – this is their year,” first-year Westfield head coach Meghan Lavner said.
Lavner takes over the reigns from departed head coach Ralph Loose. She boasts a resume that includes coaching assignments for East Longmeadow High School (2010-12) and Bay Path University (2012-15).
“What I’ve noticed since practices began a week ago is the camaraderie these girls got going on and off the court,” Lavner said.
The new Bombers head coach said she believes that each of her ball players has a genuine appreciation for each other as a teammate, classmate, and friend.
Inheriting a team that returns eight seniors should help ease the transition for the team’s new coach.
“Everyone already seems to know their roles and abilities,” Lavner said. “We’re going to utilize everybody the best that we can … Our shooters know they have to shoot, our passers know they have to pass, and Alexa knows she need to be a force inside.”
Lavner said if Westfield’s 6-foot, 3-inch forward-center Alexa Morin maintains a high level of confidence, she could easily become one of the region’s premiere player at her position this season.
Morin is one of four Bomber senior captains for the 2015-16 season, joining point guard Leigh Sullivan, shooting guard Grace Templeton, and senior forward Alyssa Manna. 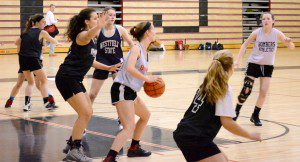 “I’m just eager to get out there and put what these players have learned into action,” said Lavner, whose team was preparing for a Wednesday scrimmage against Wilbraham-Monson Academy. “We need to get these girls prepared to win at every level.”
Westfield tips off the regular season on the road against the Holyoke Purple Knights Dec. 14 at 7 p.m.
Once the season begins, there will be more than just “X’s” and “O’s”, according to the head coach.
“We are trying to bring more energy for the community (through the game of basketball),” Lavner said.
Lavner and the entire coaching staff is urging parents of youth basketball players of to bring their children of all ages out to games this year to strengthen the program city-wide. She also plans to begin implementing a series of clinics to help broaden the sport’s appeal throughout the Whip City.
“I want to build a positive environment,” Lavner said.
One thing is for sure – the Bombers will positively be a team to watch this season.