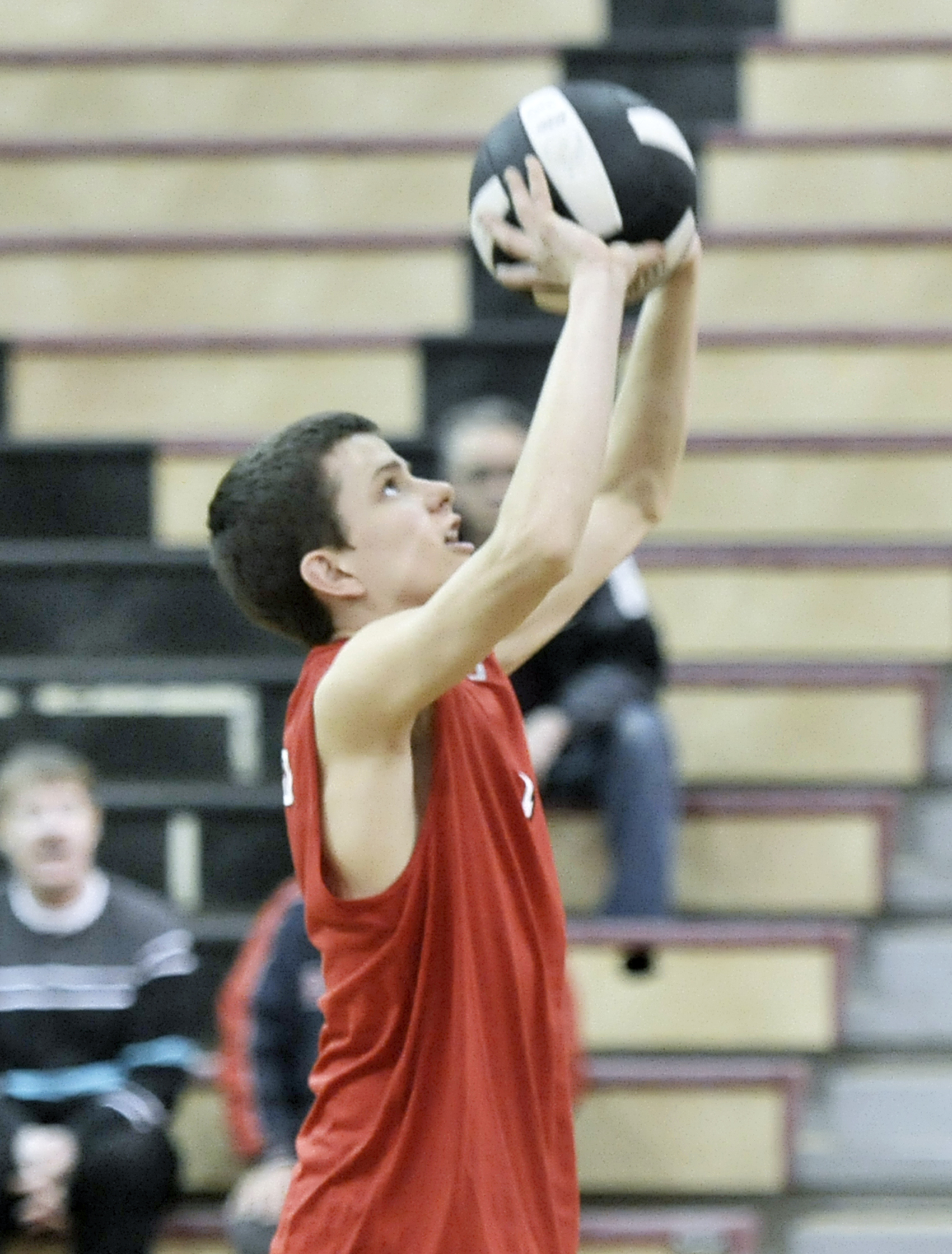 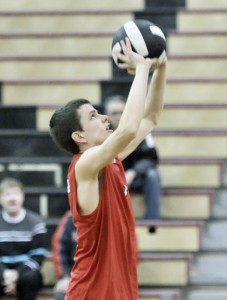 WESTFIELD – The Westfield High School boys’ volleyball team opened its 2014 regular season home slate with relative ease, dispatching visiting Putnam 3-0 Monday night.
Westfield recorded a double-digit margin of victory in the first set, cruised in the second, and experimented with multiple substitutions late. The Bombers soared 25-13, 25-18, 25-21 to improve to 1-1.
Ivan Zuev (6 aces, 18 digs), Eric Shilyuk (6 aces, 7 kills), John Bucko (6 kills), and Chris Paradis (11 assists) led Westfield.
Shilyuk had a couple of monstrous kills in the first game of the night, including one for the clincher. He had another memorable one in the final set – a soaring smackdown that no one could touch – but it was a five-ace stretch on six of his serves during the frame that helped fuel a 7-0 run and help Westfield take a 21-15 lead.
Putnam rallied to within 22-21 late, but Westfield scored the final three points to end the match.
“It’s a good start to our Western Mass season,” Westfield coach Tyler Wingate said. “They’re always a tough opponent – we played them in the playoffs a couple of years ago – with how they play defense, and how they always tend to stay in the game.”
“Our goal was to limit our mistakes,” Wingate added. “I thought we did pretty well with that.”
In the second set, Bucko sent shivers down the spine of the Putnam bench when a wicked kill smacked an open piece of court in between the opposing players and bounced hard off the wall. The play echoed loudly in the gymnasium, and seemed to leave Westfield’s opponent shaken throughout the remainder of the game.
The set was tied 11-11 until Zuev recorded three aces during a 7-0 run, including consecutive ones early on.
“Guys have come in hungry,” coach Wingate said, noting his unending quest for a sectional title. “We have a long way to go … but we have a nice base, a nice core to make another championship run.”
John Oleksak also made some key plays, recording six digs Monday night.
Westfield entered the game having lost to Needam in its season opener, 25-18, 25-14, 25-11, an independent match.
Zuev had eight digs, and Bucko finished with three blocks in that contest.
“It was a tough match as they do many things well,” Wingate said of Needham. “It provided us a good opportunity to play a quality opponent as we begin our independent match schedule before getting into league play.”
Westfield next hosts Ware Friday night at 5:15.
WHS SCHEDULE CHANGE: The Bombers’ girls’ lacrosse game against Amherst April 1 has been postponed to a later date, as well as the WHS softball opener, originally scheduled for Tuesday.