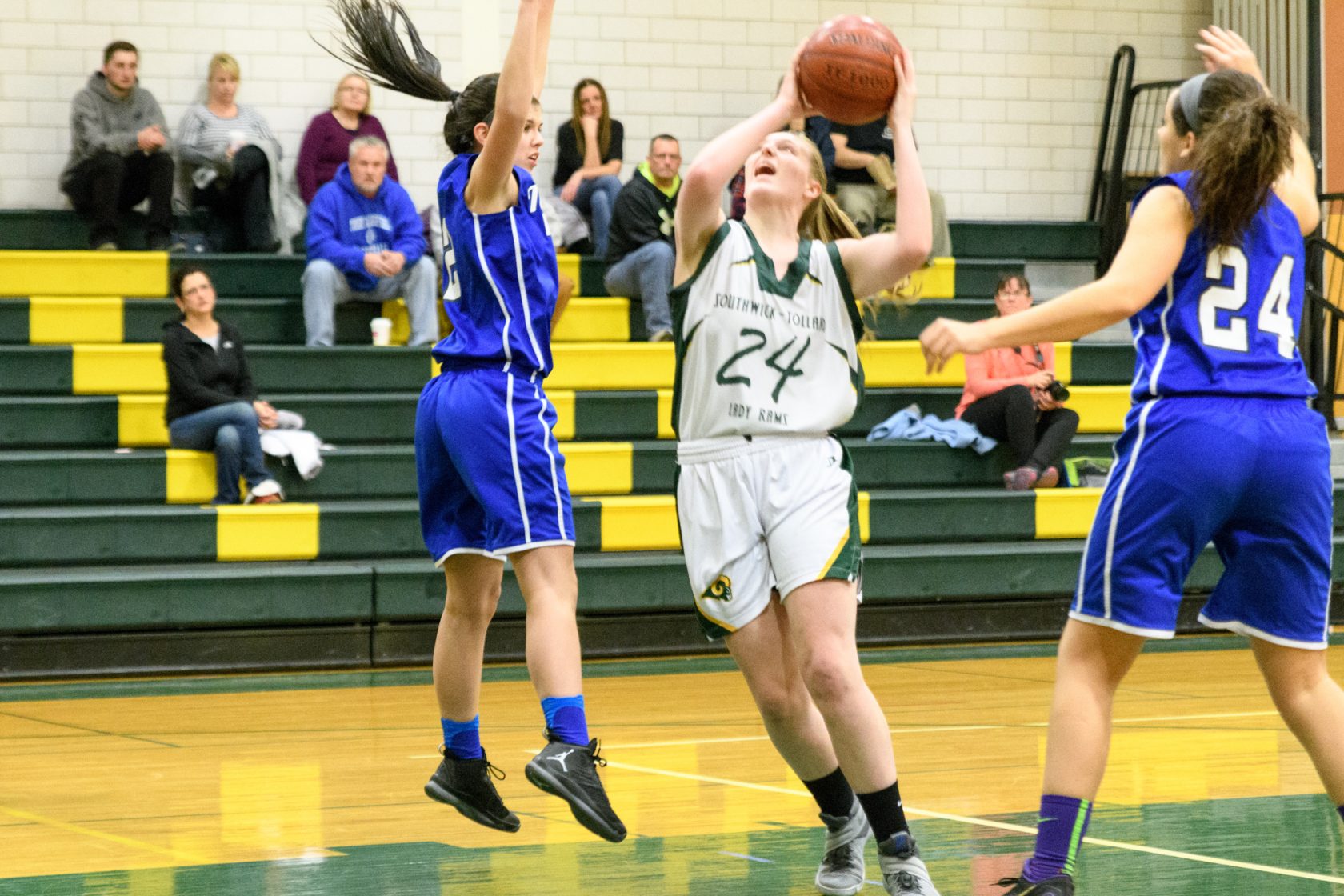 EAST LONGMEADOW – The Westfield High School swim program enjoyed a clean sweep, so to speak, Friday, dismantling East Longmeadow in the boys’ portion of the competition and narrowly defeating the Spartans in the girls’ events.

BOYS’ SWIMMING
Westfield 59, East Longmeadow 39
Nick Rosso and Tommy Russell won four gold medals apiece to help pave the way for a Westfield victory, with the latter creating a bit of history along the way.
Russell set a new school record in the 100 backstroke with a winning time of 54.41, and also finished first in the 100 freestyle (50.87). Rosso won the 50 free (23.25) and 100 butterfly (56.84).
Both teammates participated together on winning relay teams, teaming with Patrick Lurgio and Matt Morash on the 200 medley relay (1:47.12) and Jack Beaulieu and Cole Viamari on the 400 relay (3:41.82).
Morash also placed first in the 200 individual medley (2:14.18), Westfield’s Kevin Hayes was the top diver with 187.90 points, and the Bombers’ 200 free relay team (Lurgio, Beaulieu, Viamari, Morash) claimed victory, as well.
“It was a rather substantial victory,” said Westfield coach Tom Lewis said, noting East Longmeadow’s four-lane pool. “It was a very solid outing for the Westfield boys.”
With the victory, Westfield improved to 4-1.

GIRLS’ SWIMMING
Westfield 56, East Longmeadow 46
“We were lucky to sneak out of East Longmeadow with a win,” Lewis said. “Things got started off rather rocky and took us a long time to get the meet going.”
Luckily for Westfield (5-0), when the going got tough, the tough Bombers got going.
Four Westfield swimmers – Sara Russell (50 free, 27.92), Lizzie Fraser (500 free, 5:37.79), Emilie Pease (100 backstroke, 1:04.54), and Rachel Charette (100 breaststroke, 1:14.91) – captured individual gold medals; the Bombers’ racked up some key points with a plethora of second- and third-place finishes; and, the visitor stormed past host East Longmeadow with a victory in the final relay with Alexis Bradley, Fraser, Emily Langlois, and Pease racing to a 4:07.51 time.
“The team was a little sluggish after having double practices all Christmas break,” Lewis explained, “so it was good to get a competition under our belt before the big Longmeadow meet next Tuesday.
The Bombers travel to Longmeadow High School to face the Lancers Jan. 10, beginning at 4 p.m. 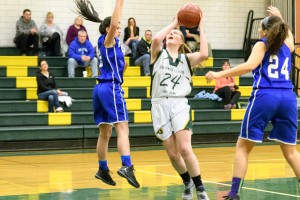 JV RESULTS
Southwick 39, Turners Falls 21
Ten players got in on the scoring with Hannah Burke (8 points) leading the way for Southwick.