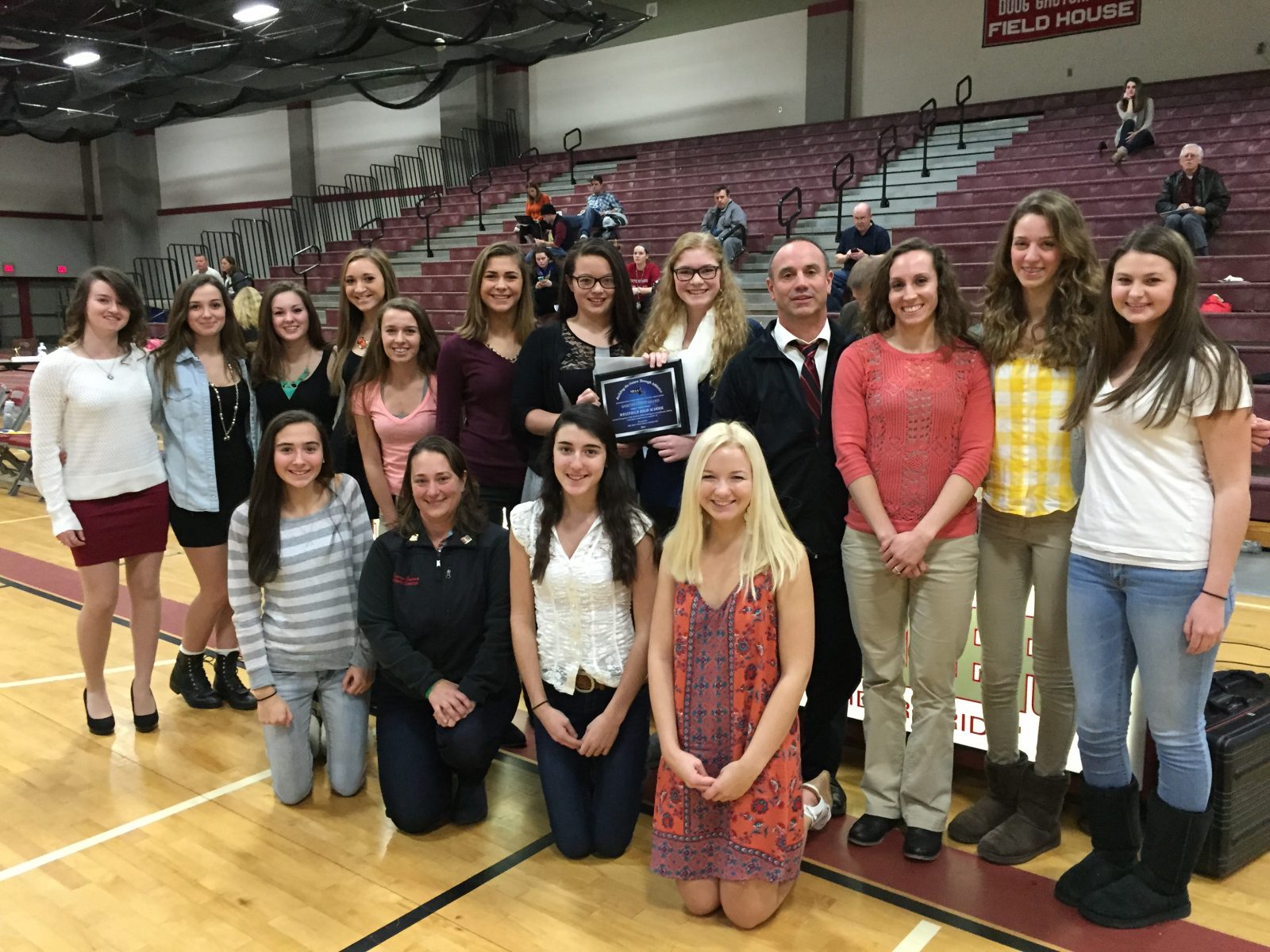 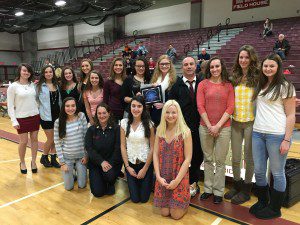 WESTFIELD – The Westfield High School girls’ volleyball team posted just five victories this season, going 5-14, but gained much more than a postseason berth for the way the Bombers’ players played the game.
The Westfield Bombers recently claimed top honors for the state’s sportsmanship award, securing the award for the school in consecutive years.
“I am extremely proud of our girls’ volleyball team winning the MIAA (Massachusetts Interscholastic Athletic Association) State Volleyball Sportsmanship Award this year,” Westfield High School athletic director Karen Gomez said.
“It says a lot about our leadership. The coaching staff, (head coach) Greg Thompson and (assistant) Jordan Barton had a large part in modeling positive behaviors and having high expectations for our volleyball players.” 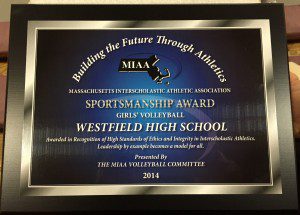 It is not the first time that the Westfield Bombers have exuded excellence not directly associated with wins or losses.
The school’s football team won a sportsmanship award last fall, and the school’s gymnastics team, now winners of eight straight sectional titles, won it in 2008.
“Westfield is doing the right thing and often we hear only about the negatives in sport,” Gomez said. “In my opinion, this is the highest award a team can win next to a state championship.
“Athletic competition is an extension of the classroom and an educational activity, which provides lessons difficult to teach in another environment,” she explained. “I’m proud of our coaches and student-athletes exude sportsmanship and respect for teammates, coaches, officials, opponents, and the game itself. I challenge all our athletes to encourage and promote high ideals of sportsmanship, integrity and ethics.”