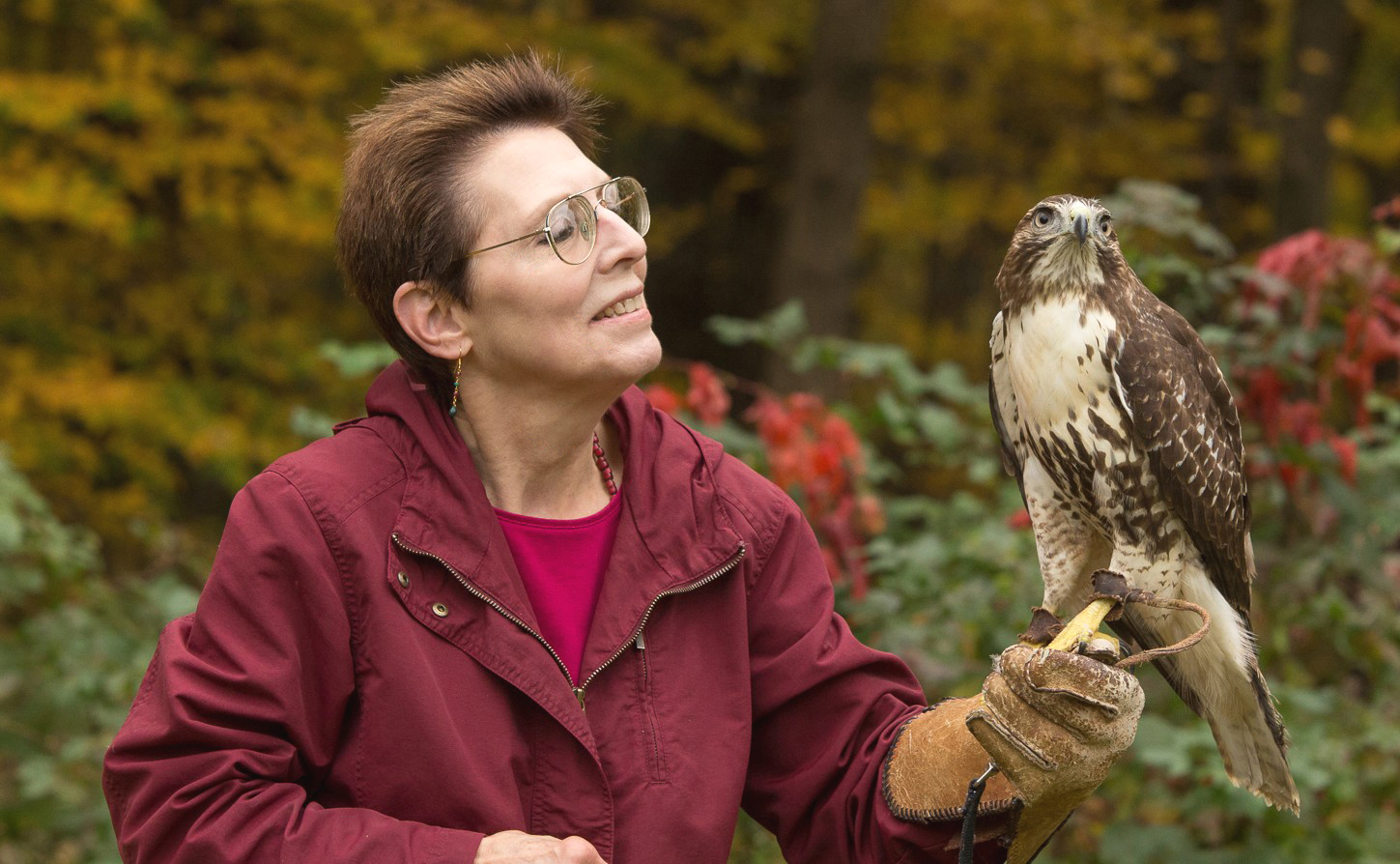 SOUTHWICK — Live birds of prey will take center stage on Aug. 14 when the Southwick Historical Society sponsors a “Wingmasters” program at Whalley Park.

“All of the birds that we care for are native to Western Massachusetts,” said Jim Parks, who works alongside Julie Anne Collier, both licensed wildlife rehabilitators. “The families in attendance will have a chance to not only see the birds up-close but to learn about these wonderful birds that in many cases live in or around their homes.” 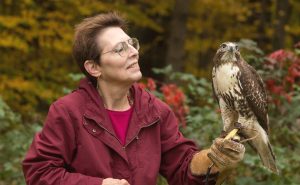 Julie Anne Collier of Wingmasters is seen with a red-tailed hawk. (WINGMASTERS PHOTO)

Parks and Collier started Wingmasters, a center based in Leverett, to increase public understanding and appreciation of North American birds of prey.

“We both enjoy presenting education programs and teaching audiences ages 6 and up about our favorite birds – birds of prey,” said Parks. “There is no particular reason why we love birds of prey — we just always have.”

Parks noted that birds of prey are also known as raptors, and they are hunting birds characterized by hooked beaks and powerful grabbing feet armed with sharp talons.

“Raptors can also boast the best eyesight and the sharpest hearing in the animal kingdom,” notes Parks. “Raptors include hawks, falcons and owls, and this presentation, which incorporates six live birds of prey, all native to New England, gives an overview of these different categories.”

Birds of prey that might be showcased include a red-tailed hawk, peregrine falcon, American kestrel, great horned owl, barred owl, or an Eastern screech owl.

“These are the birds we hope to bring to the program but there is no guarantee since wild birds can be unpredictable,” said Parks.

Parks said that most of the birds they rehabilitate can ultimately be released back into the wild, but in some cases the birds are left permanently handicapped.

Both Parks and Collier are also licensed to provide a home for the non-releasable raptors, and to use them for educational programs.

“The program is designed to explain predation, the birds’ place at the top of the food web, their different hunting adaptations and their status in a rapidly changing world,” said Parks. “Because many birds of prey are declining in number, this presentation also features one or more of the endangered raptors that Wingmasters cares for, and explains why these species face an uncertain future.”