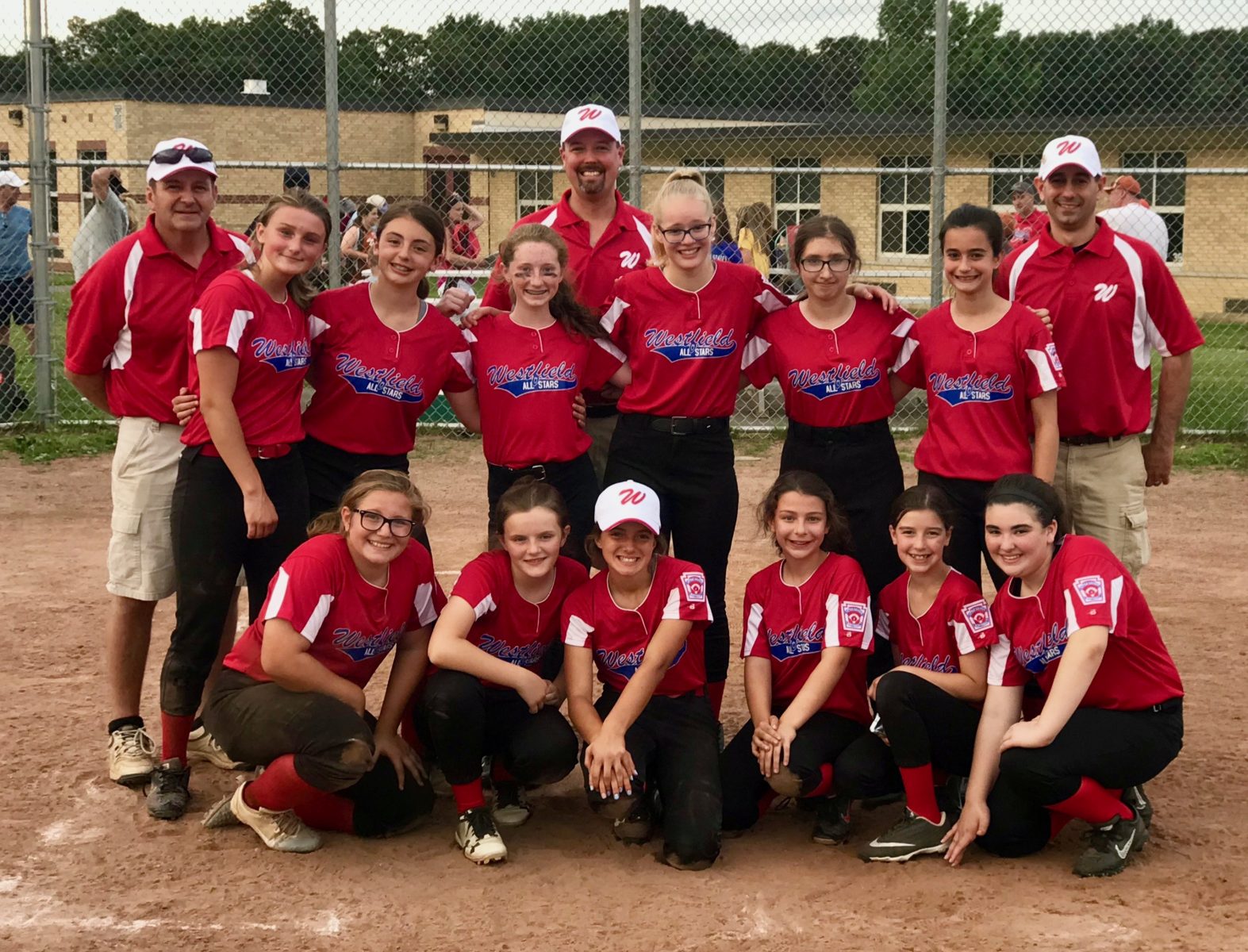 Slide1.jpg
Westfield’s Rachel Bonfitto slides into home plate for a run against Belchertown in the District 2 finals Monday (Photo by Chris Putz)

WESTFIELD – After two postseason contests, it is obvious that the Westfield Little League Softball 12U All-Stars are just beginning to shine.
The Westfield Little League Softball 12U All-Stars completed a two-game sweep of Agawam in the District 2 best-of-3 championship series Monday night, posting a 19-11 win at Agawam High School.
“This is just like a really good feeling knowing that you’re the best in the district and knowing that all these girls put all the effort and we did it together,” said Westfield’s table setter Kelsey Bouchard, who went 2-for-4 with a double and five runs scored from the lead-off position. “It just really empowers us to keep on going and play softball. I hope future generations can get this feeling too because it’s amazing.”
The heart of Westfield’s order did not skip a beat with Nos. 2-3 hitters, Rachel Bonfitto (3-5, 2 runs) and Camille Bruno (3-5, double, 4 runs) coming up big, clean-up batter Grace Leduc (3-5, double) producing, and No. 5 hitter Shea Hurley (3-5, 2 runs) contributing as well. 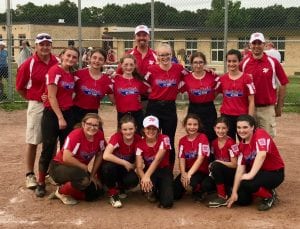 “What I saw was a great group of girls playing right until the end,” Westfield’s manager said. “Agawam is a great team. We were expecting a fight and they gave us one. Tonight, they had a couple of innings where they had us against the ropes and these girls came back and fought hard right until the end.”
Bruno recorded six strikeouts in five innings as Westfield’s starting pitcher. Hurley struck out the side in the sixth to close out the game.
Westfield opened play in the district tournament this past weekend with a 16-3 victory. Hurley was solid on the mound for the Whip City.

BASEBALL
12-YEAR-OLD ALL-STARS DISTRICT 2 TOURNAMENT
Westfield 11, Southampton 3
Joe Maffia struck out seven batters in a complete game effort at Conant Park to help Westfield improve to 2-0 in tournament play.
Westfield jumped out to a 2-0 lead on a Josh Wagner double in the top of the first inning.
After Southampton knotted things up, Westfield scored five times in the third to take control. The rally included consecutive hits from Nick Gauger, Wagner, and Nate Blackak.
Westfield tacked on four more runs in the sixth behind hits from Wagner, Will Fruwirth, Josh Davis, and Patrick Willard.
Wagner went 3-for-5 with a double and three RBIs, while Blackak, Fruwirth, and Tyrus Traska collected two hits apiece. Traska also anchored Westfield’s defense with outstanding play at shortstop.
Westfield will next host Amherst Wednesday at Ralph E. Sanville Memorial Field on Cross Street at 6 p.m.