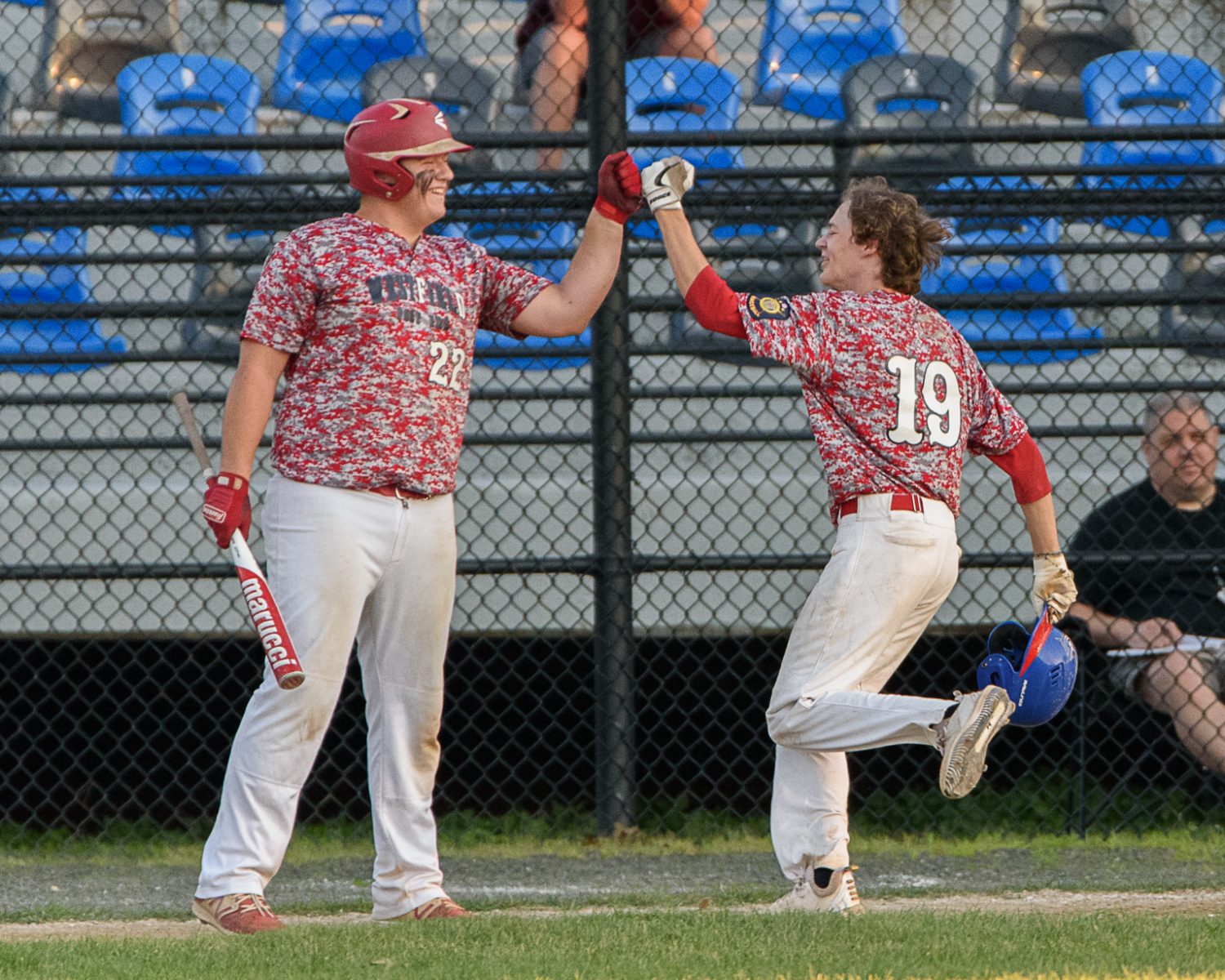 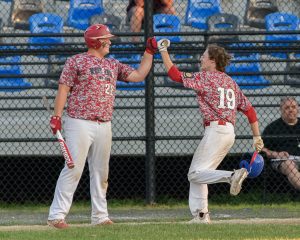 WESTFIELD – The American Legion Baseball Junior League tournament season may have been a messy one due to a later-than-usual, post-pandemic start but when it mattered most, one Post 124 batter cleaned up.
Westfield Juniors clean-up hitter Dylan Arooth went 3-for-3 with a home run and five RBIs to lift Post 124 to a 10-3 win over Wilbraham Post 286 Monday night at Bullens Field. Westfield advances to the Massachusetts championship this coming weekend in the eastern part of the state.
“My swing was feeling good, I was happy I was getting the pitches I like, and I was able to put them in the spots I wanted to and it helped us get a win,” said Arooth, who also plays for the senior squad. “Jimmy Cloutier pitched a hell of a game, got us through, our offense came through like we needed it to, and we strung together a good win.”
Westfield spotted Wilbraham Post 286 two early runs. The visitors drew five walks in the first inning, including two with the bases loaded to take a 2-0 lead before Westfield Post 124 battled back.
In the bottom of the first inning, Westfield’s No. 2 batter Jake Jachym reached on an error and stole second base. Jachym moved up a bag on a Cloutier single and scored on an errant pickoff attempt at second.
In the third inning, lead-off batter Nick Lenfest singled. With two outs, Lenfest stole second. He scored on a booming hit to deep right center field from Arooth. The game was tied 2-2.
Then, Westfield really, really unleashed its bats. Ted Dunn began the fourth by scorching a screaming double down the third base line. Arooth ended the inning with a towering three-run home run over the right field fence. Two runs also scored in the inning on an infield error, and another was the result of a wild pitch. Post 124 led 8-2.
Wilbraham scored one run in the sixth on a ground out – – an impressive barehanded catch and throw by Joey Calderella at shortstop – – after two batters reached on consecutive base hits to begin the inning.
Westfield recaptured that run and more in the bottom of the sixth. Jake Jachym reached base for the third time on an error. Cloutier drove him home with a single to right field. Cloutier stole second base. Arooth followed up with a loud single through the right side of the infield to make it 10-3. Joe Calderella doubled and Dunn walked before a flyout ended their at-bats.
In his first outing on the mound for Westfield Post 124 this season, starting pitcher Cloutier allowed just two runs over 4 1/3 innings. Cloutier labored through the first inning and walked a pair of batters in the second inning but delivered an overall gutsy effort. He did not allow a hit until the top of the fifth inning and issued a one-out walk before being lifted for Noah Luis. Luis allowed just two hits and one run. Arooth closed out the seventh. He gave up just one hit, a harmless double to John O’Connor.