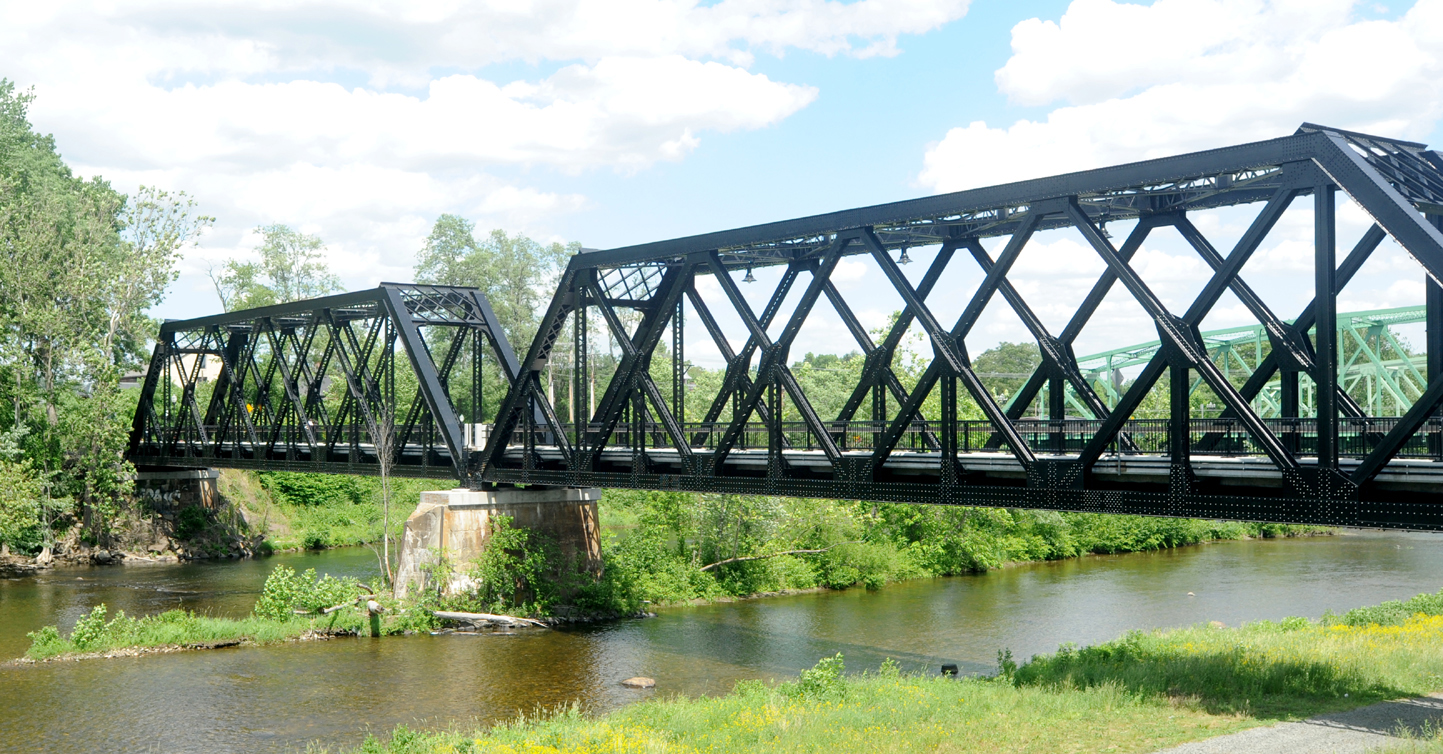 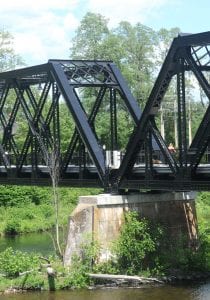 A young woman survived a fall from a platform at the center of the former railroad bridge spanning the Westfield River near Elm Street. (PHOTO BY CARL E. HARTDEGEN)

WESTFIELD – A young Feeding Hills woman is recuperating after falling from a former railroad bridge across the Westfield River late Tuesday night.
Westfield police were advised June 9 by a 11:13 p.m. telephone call that an 18-year-old woman had fallen from the bridge and both police and fire personnel responded to find the young woman on a small island constructed to support the bridge foundation in the center of the river.
Police report the woman was conscious but was bleeding from her face and head.
City firefighters waded through the 4-6 inch deep waters to reach her and brought her back to the south side of the river where a waiting ambulance immediately took her to Baystate Medical Center in Springfield. 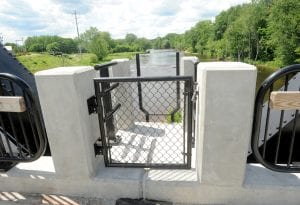 A locked gate at the center of the former railroad bridge spanning the Westfield River limits access to a platform from which a young woman apparently fell Tuesday night, suffering serious facial injuries. (PHOTO BY CARL E. HARTDEGEN)

In a Facebook post, her mother reported later that her daughter, Shannon Cassidy,  had sustained serious facial injuries in the accident.
Although a Feeding Hills resident, Cassidy had been a graduating senior at Southwick Regional High School.
A locked gate in the center of the bridge provides access to a ladder which extends to a concrete platform at the top of the structure which supports the center of the bridge.
Cassidy had apparently climbed over the gate to reach the ladder but slipped and fell about 30 feet to the small island at the base. A friend who was with her reported the accident.
The bridge was originally constructed as a railroad bridge but has been renovated to accommodate pedestrians and bicyclists as part of the ongoing Columbia Greenway rail-trail network. It is a short distance upstream from the dual Great River Bridges connecting Elm Street with North Elm Street.