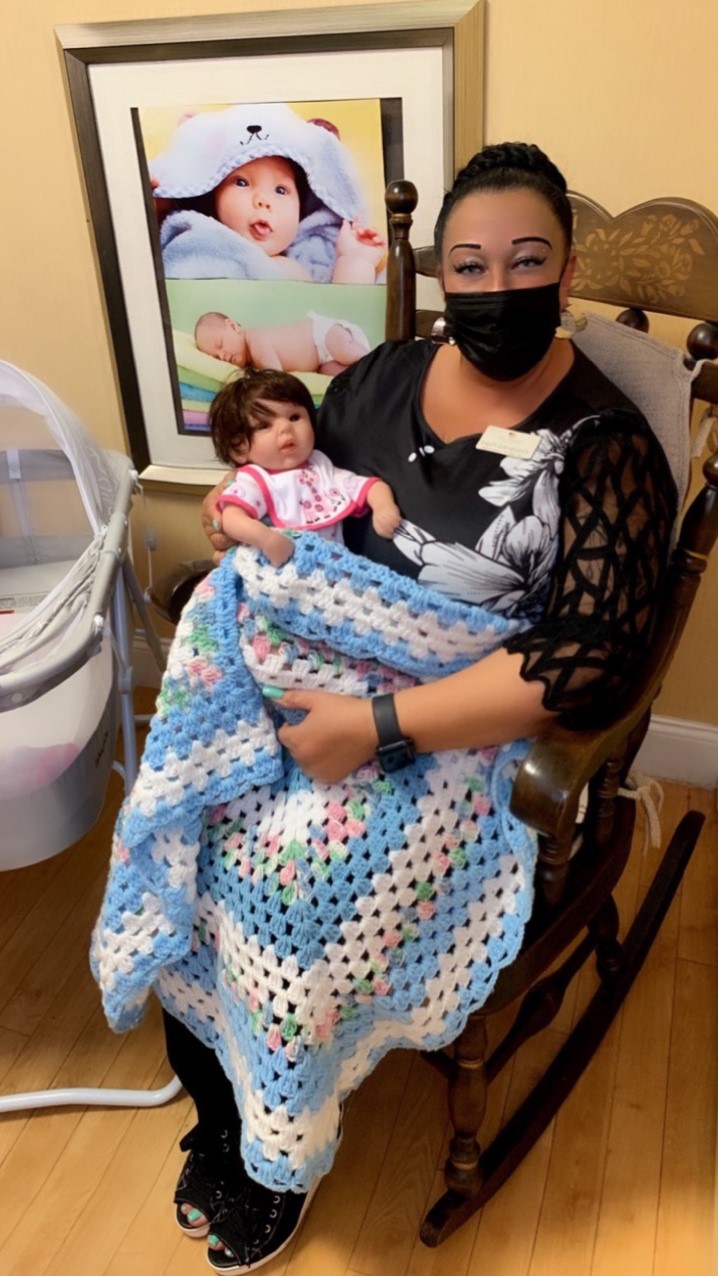 WESTFIELD-A new program at The Arbors at Westfield is reawakening the feelings residents had when they first welcomed their own newborns into the world.

The community outreach program is called “Reborns with Reasons,” led by Talin Ganemian, CDP, MDEC, APC. Ganemian is the reflections director at The Arbors on Court Street. 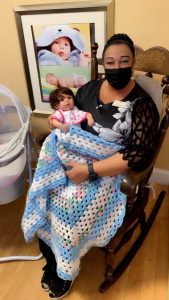 Talin Ganemian, CDP, MDEC, APC, is seen with one of the babies in the “Reborns with Reasons” program at The Arbors at Westfield. (THE ARBORS PHOTO)

“Doll therapy is often used as a nonpharmacological intervention which can help in reducing behavioral and psychological symptoms of dementia,” said Ganemian, adding residents with dementia have shown a significant improvement in behavior when the dolls are introduced as a choice.

Ganemian has created a warm, cozy atmosphere that she calls the Mother’s Lounge, complete with bassinet, rocking chair, baby clothing, baby bottles, diapers and photographs of babies for women to enjoy as they cuddle the infants.

Ganemian explained that before she transfers a baby to a resident’s arms, she first talks to the baby and starts rocking it until a woman shows an interest and wants to see the baby.

“Our approach is totally therapeutic,” said Ganemian. “There is a lot of work that goes into stimulating a resident’s memory who has dementia.” 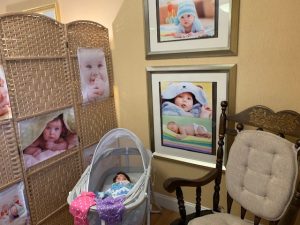 The Mother’s Lounge at The Arbors at Westfield. (THE ARBORS PHOTO)

Ganemian added that the program – that features babies from infants to toddlers – is also “doing wonders for sundowning.”

Sundowning refers to a state of confusion that occurs in the late afternoon and spans into the night by persons with Alzheimer’s-related brain changes that can affect a person’s biological clock, leading to confused sleep-wake cycles. Sundowning can cause a variety of behaviors from confusion and anxiety to aggression and ignoring directions.

“It has been amazing to see the feelings from these women who want to hold or rock a baby,” said Ganemian. “Most know they aren’t real but the interactions create conversations and I can’t put into words the energy in the room that we see.” 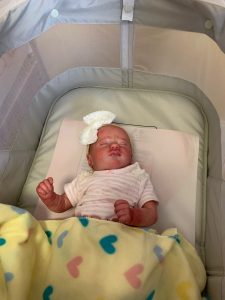 A visiting “newborn” at The Arbors at Westfield. (THE ARBORS PHOTO)

Ganemian said she has also noticed a difference for women at sundown.

“One of the purposes of the program is to give women their self-worth back,” said Ganemian, adding, “It is evident that these women enjoyed being a mom. At sundown, as they hold the babies, it brings tranquility and comfort to them and this is our whole purpose for providing this program.”

In addition to the daily interaction Ganemian has with residents and the three babies at The Arbors, she is also thankful to a volunteer from Connecticut who visits once a month with “newborns” of her own. 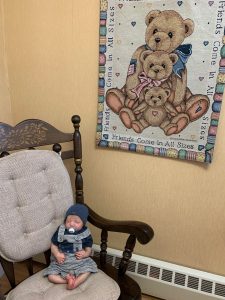 A rocking chair is a major feature of the Mother’s Lounge at The Arbors. (THE ARBORS PHOTO)

“We have a volunteer who also brings babies with freckles, glasses, and different expressions so that our residents can also enjoy that experience,” said Ganemian. “I am blessed that she shares those moments with our residents.”

Ganemian said as she observes the women talking to each other and hearing them saying a prayer over the dolls to protect them, her heart is full.

“Tears are running down our eyes,” said Ganemian. “The goal is to give these women meaningful motherly feelings.”