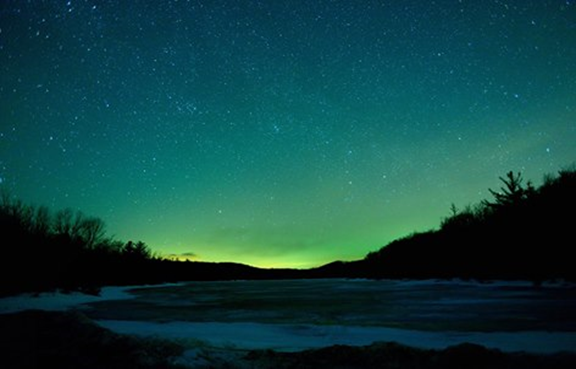 Editor’s note: A familiar saying is “Everyone is Irish on St. Paddy’s Day,” and in that spirit, members of the WhipCity Wordsmiths are sharing their favorite memories and impressions of a beloved holiday, Saint Patrick’s Day, as part of an ongoing writers’ series in the Westfield News. Today’s submission is by Robert Thompson of Westfield.

WESTFIELD-Robert Thompson moved to Westfield in 1964 when he was 17.

“I met my future wife the first day I was here,” said Thompson, adding, “Except for four years in the U. S. Air Force, we have lived in the area for the rest, raising three children, and where I have spent a successful career as a teacher and elementary principal. My wife and I live in Westfield now with our Staffordshire Terrier, Etta and our cat Thumbelina. We watch over two of our grandchildren, and they have been responsible for several of my books!”

Thompson retired in 2006 and never thought about being a writer until his wife suggested he take some stories he had written and see if he could find a publisher.

“That was 2010, and long story, short, in 2013, The Crystal Butterfly was published,” said Thompson. “Since then, seven more picture books, one chapter book, Waddle’s Big Adventure (which received a Book of the Month from Readers’ Favorites), and my newest, a young adult novel, Tracks, have been published. I also enjoy writing poetry, doing the illustrations for my picture books, and painting.”

Thompson said he is presently working on a sequel to Waddle’s Big Adventure, and his first adult novel, a mystery involving past lives. His website is rwthompson-author.com.

His submission is titled “A Perfect Night.” 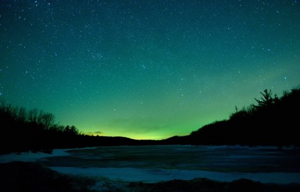 “This is a poem I wrote to accompany a photo taken by my good friend, Dorrie Holmes of Granville,” said Thompson. “She had taken the photo and posted it on Facebook, and I was inspired to write the poem.”

I stood at the edge of Shaughnessy Swamp in the dark on St. Patrick’s night.

As the blue black night began to close, from the north came a pale green light.

Transfixed was I, inspired by the beauty that had been foretold,

At first, I failed to raise my lens, something did not seem right.

In the presence of such splendor how could I, a mortal, be so bold?

I stood and watched as the stars one by one began to light.

Then in that northern sky, the green grew bolder,

And I thought, oh God, you’ve provided such a night.

The constellations were so bright, I did not feel it growing colder.

I raised my camera slowly, then prayed, please let me get this right.

I gazed through the lens at the shadows of the trees and hills.

And marveled at the grandeur being cast there, with everything so right!

The greens grew deeper, as if St. Patrick was there to exercise his will,

And was painting such a stunning gift, there between the hills.

He guided my eye and hand, and gave me such a picture, of His perfect night!