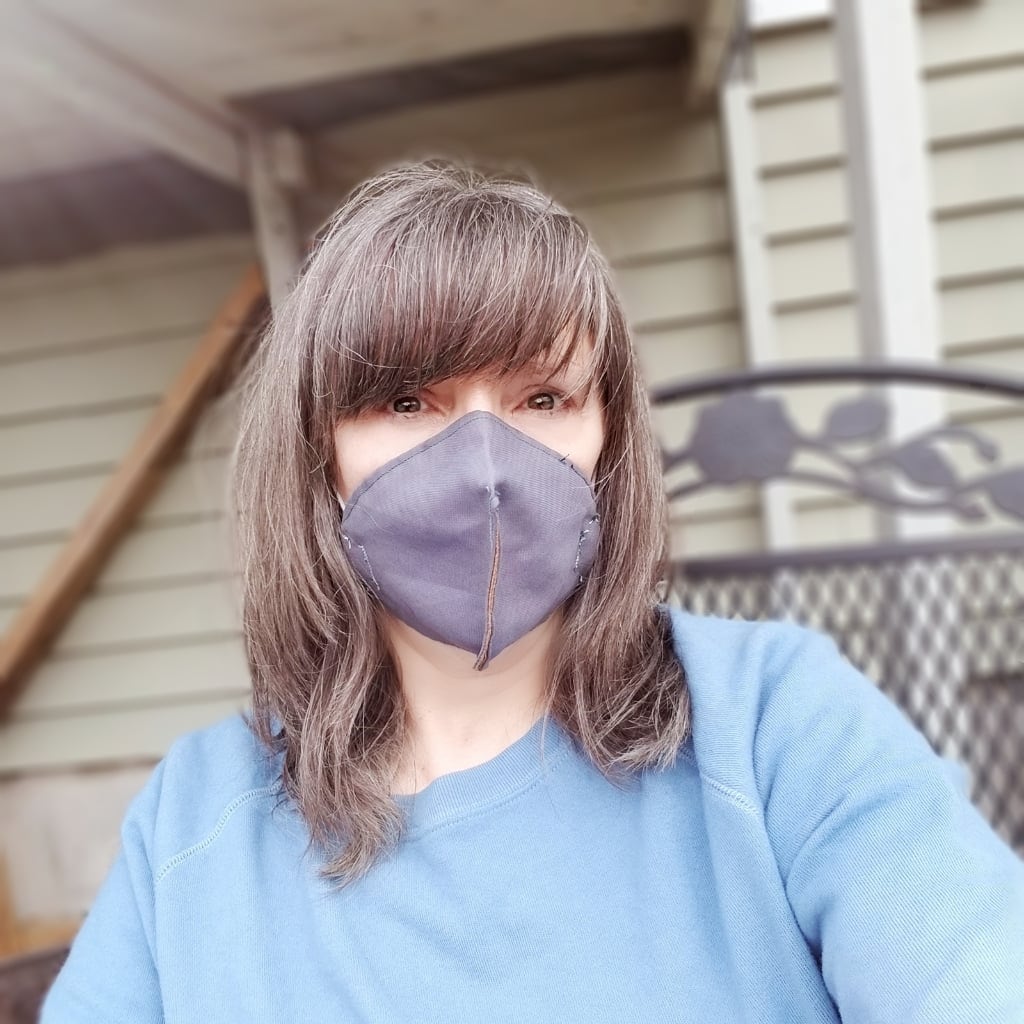 (Editor’s note: With the COVID-19 pandemic one-year mark already observed, we asked members of the WhipCity Wordsmiths to share their thoughts on how their lives and perspectives have changed  – and as always – their insight into everyday life is illuminating. Today’s submission in the ongoing writers’ series is by Melissa Volker.)

WESTFIELD-Melissa Volker is an award-winning author whose debut novel, “Delilah of Sunhats Swans,” was praised by Alice Fulton, Guggenheim Fellow Poet, who said, “Delilah … is a charmer, a being blessed with a charisma as mysterious as it is luminous. You won’t soon forget her.”

Volker has written literary fiction, and “unconventional, genre-bending YA” that seeks to explore the lives of teens and young adults through the use of imaginative storytelling that plays with reality through magic and surrealism. She has both self-published and published through the local small press, Otherwords Press. 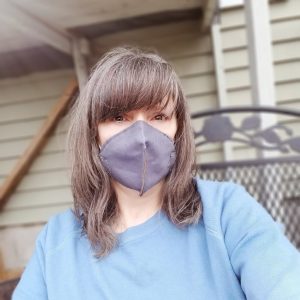 Melissa Volker is a member of the WhipCity Wordsmiths. (SUBMITTED PHOTO)

A self-proclaimed “geekgrrl” and “proud HufflePuff,” Volker is a Marvel fanatic who “loves” sci-fi, video games, cosplay, and builds dragon puppets as her alter ego, MyrlnSong.

“I love words that transcend and reach that part of you we all know is there but cannot describe,” she said, adding, “that part of us so deeply, painfully human.”

Her submission is titled “Face of Truth.”

I’ve been thinking about faces. The literal and figurative ones, the physical and the virtual.

Just over a year ago, we found ourselves robbed of the faces of our neighbors, extended family, or strangers we passed and with whom we sometimes shared a smile. We were left with only the most familiar, including our own in the mirror. If friends, family lived any distance away, their faces vanished. They became nothing but disembodied voices.

When finally allowed, we revived but half of them, the other half obliterated by a swath of fabric. We had only the eyes.

That’s not terrible, right? – eyes convey a great deal, though you have to look a bit harder and a bit longer than you do if you were seeking a glimpse of a smile or grimace. The eyes show those things much more subtly.

But it’s not a face.

Then came Zoom as we all tried to adapt, find virtual ways for grandparents to “see” grandkids, toast drinks at birthdays, hold company meetings.

And it helped. Seeing those faces. Dropping the masks.

Except when it didn’t. Except when it served as a glaring reminder that the face we saw was still separated by a vast and impenetrable distance. We were together, but not Together.

Through the virtual hum of bits and bytes flying through the ether, we tried to connect, convince ourselves this was good, it was okay.

And sometimes it was.

In both physical eyes with half smiles and posts crafted to sound upbeat, whimsical, the “Face” presented to the world hid a vital – and often communal – truth.

We were not okay.

This was not okay. Nerves frayed, angers flared, pandemic-fatigue stole motivation, joy, milestones, excitement while the pandemic itself stole lives.

We were not okay.

But that’s not how it looked. I’d scroll through posts, videos, be in chats and think – How is everyone doing so well? How are they jogging, painting, composing, conversing, their lives seemingly on track and in some way … normal … when I often felt so – not any of that?

But then I realized if I looked at eyes above a swath of fabric, or at thumbnail faces online where conversations even among good friends stalled, leaving heavy gaps of weighty silence as everyone struggled to think of something to say when every day was the same – I saw … something else.

I’d look on social media, at artists scrambling to find new ways to survive when there was no audience to perform for, young adults searching new ways to connect with friends they haven’t seen in nearly a year, status updates that sounded hopeful, or at least good, all of it coming together to create a façade of ‘okayness’.

But it was just that – a façade.

Looking deeper I now tend to find the truth to be much different. Behind the frozen smiles, the timid laughter, the updates of what’s new or trying or hoped for – more often than not, there is a struggle lurking. A sadness. One deep, pervasive, invasive and complete. A sadness full of exhaustion, a spirit that does not want to take another step.

Looking deeper, I find that all those faces I thought were okay, that had found a way to accept and surrender and somehow find contentment within the chaos that is our world, were in fact just trying their hardest to make it seem that way. To, perhaps, show that face to the world until they felt it inside.

Fake it til you make it.

Looking deeper I find that, in truth, the faces I see are no different than mine, often hiding the reality, fighting to feel what their face presented.

We are all battling something and what we see is rarely what is real.

A face can confirm a truth or belie it.

A face can reveal or conceal.

In the last year it feels like we’ve all learned to show the world a face that says we are doing okay, it’s not too bad, I’m feeling alright – even when the truth is not as rosy.

And in seeing that, I’ve come to realize something. When I look in the mirror at my own face and see the fatigue, or sadness, or rage, or defeat seeping through; when my own eyes expose my honest truth, it is not just my face I am seeing.

It is all of ours.

You are not alone.

But here’s to the day when we not only see all our faces, but also when the smiles those faces wear are not hiding the truth, but revealing it.