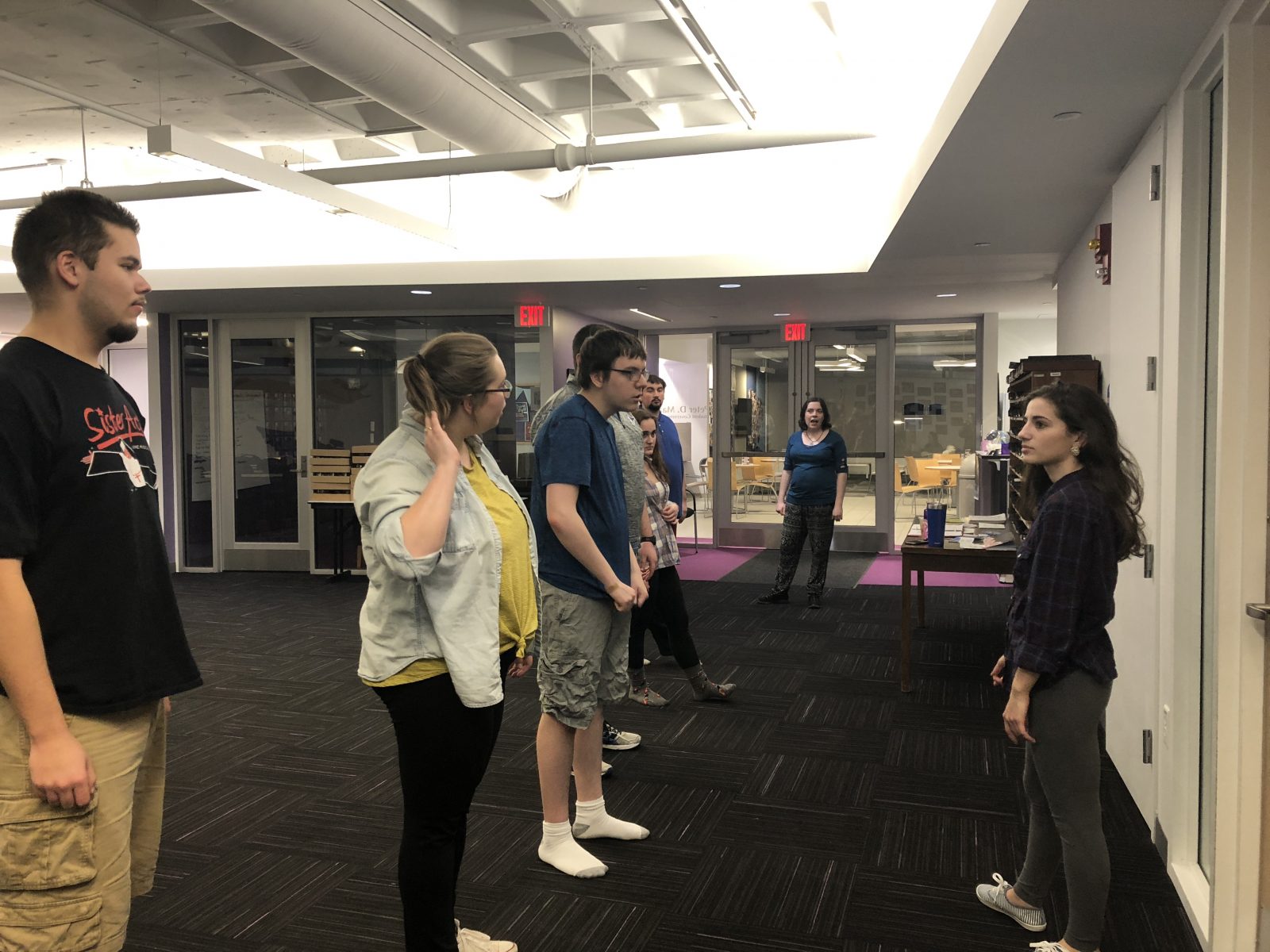 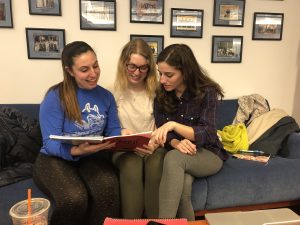 Members of the production crew of Westfield State University’s performance of Carrie: The Musical look over the script during a rehearsal in Ely. Pictured are (l-r) Abbey Pallends, Emma Gaudreau, and Glenna Forgue (Photo by Taylor Choquette).

WESTFIELD – On March 1-3, the Musical Theatre Guild at Westfield State University will be putting on their production of Carrie: the Musical.

Once a semester, the WSU Musical Theatre Guild puts on a production that is entirely student run.  “It’s versatile,” said Abbey Pallends, who is co-directing Carrie with Glenna Forgue.  Pallends continued to describe what it’s like to be a part of this production, “everyone does everything.”

Each semester, the directors must pitch three musicals to the Musical Theatre Guild board, and only one is selected. This spring, the group’s first choice, Carrie, was selected. “It coincides with the movie, they just put it to music,” stage manager Emma Gaudreau explained the horror musical. 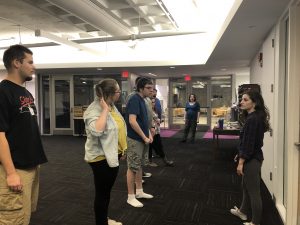 On Saturday, the seventeen-person cast, along with their directors and stage manager built their entire set on Dever Stage, where they will now be able to rehearse until opening night. Prior to this they had been rehearsing four days a week in classrooms in Bates Hall and the Student Government Association Room in Ely Campus Center.

“It’s an adjustment,” Gaudreau explained the transition from rehearsing in classrooms to performing on stage, “It’s hard to rehearse in small classrooms, and then get on stage and have all this space to work with.”

Despite the adjustment they will be facing in the next two weeks as they finally get to rehearse on the stage, the cast and crew are enjoying their time in rehearsals. “It’s fun. Honestly, it’s something I look forward to everyday,” said Ceara Walsh, a freshman playing Sue Snell.

Carrie will run for four shows over the weekend of March 1. A showing will begin at 7:30 p.m. each night and there will be a 2 p.m. matinee on Saturday, March 3. Tickets are $2 for students and $5 for general admission.