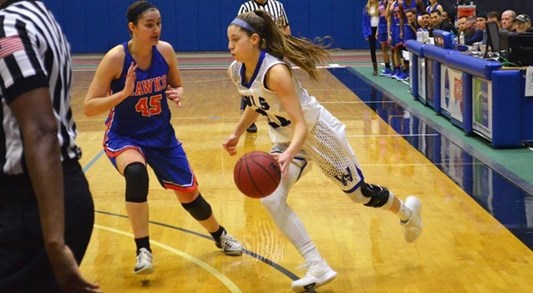 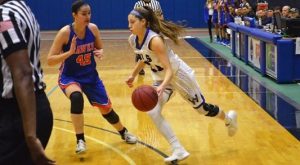 WESTFIELD – Westfield State University’s women’s basketball team will be the top seed in the Massachusetts State Collegiate Athletic Conference tournament, the league announced late on Saturday.
The Owls, 17-7 overall and 11-1 in the MASCAC, clinched the outright MASCAC title earlier this week with a win over Fitchburg State. Westfield is the top seed for the fourth consecutive season, and has won or shared the loop’s regular –season title in each of the last five years. The Owls will be seeing a third-straight MASCAC tournament title under 12th-year head coach Andrea Bertini.
With the top seed, the Owls earn a first-round bye and will host a semifinal round game at the Woodward Center on Thursday, February 22 at 7:00 p.m.
The Owls will face the winner of #4 Worcester State and #5 Salem State, which play at Worcester on Tuesday evening. The Owls won both meetings against both teams this season, and have a 50-4 record against the league since the start of the 2014-15 season.
The other side of the bracket features #2 seed Framingham State. The Rams have met the Owls in each of the last two MASCAC Championship games, and the two teams were picked as co-favorites in the league in the pre-season coaches’ poll. Framingham awaits the winner of Tuesday’s #3 Bridgewater State and #6 Fitchburg State.
The Championship game will be played at the site of the highest remaining seed on Saturday, with the tournament winner receiving the MASCAC’s automatic bid to the NCAA Tournament. – Courtesy of Westfield State University Sports