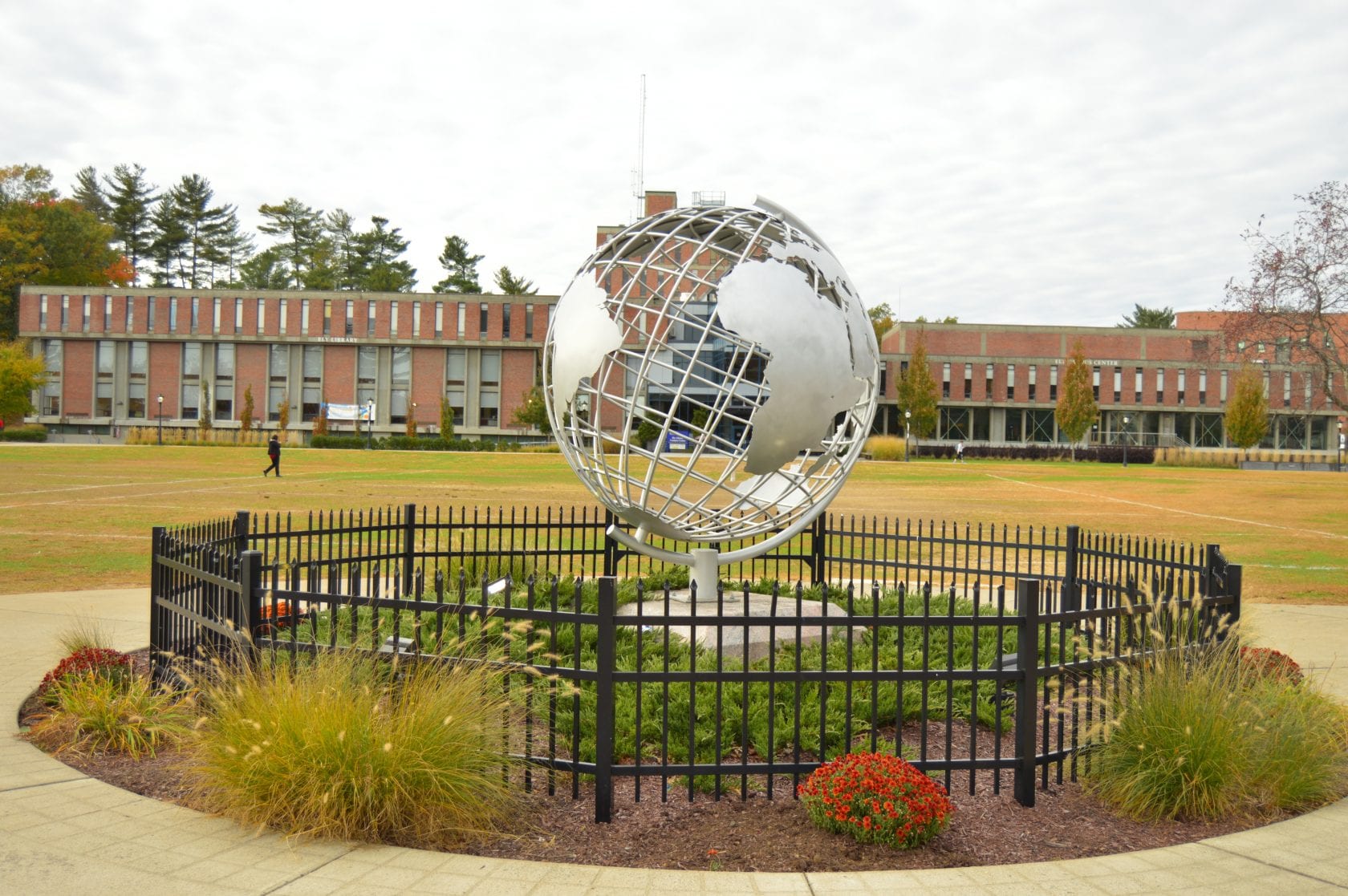 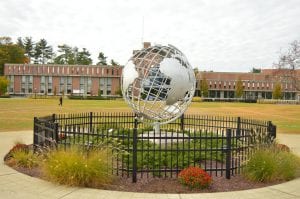 The globe at the center of Westfield State University’s campus green. This sculpture replaced a similar one after it was destroyed in 2015 (Photo by Peter Currier)

WESTFIELD- Westfield State University officials are preparing security measures on campus in the event that the Boston Red Sox win the World Series.

It is all but tradition for students to swarm the globe statue at the center of campus to celebrate a championship victory by a Boston team.

In 2015, following the Patriots victory over the Seahawks in Superbowl XLIX, students rushed the globe and eventually destroyed it, ripping off the metal beams and plates that made up the sculpture.

In 2017, after the Patriots defeated the Falcons, students once again rushed the new globe, but were prevented from getting near it by police donning riot gear.

“Public safety and university police have been fully staffed in the wake of a championship determining game,” says Tricia Oliver, director of campus communications, “we have administrators on hand out on the green in the final innings of the game.”

The university is in touch with local and state officials regarding security on campus should the Red Sox clinch. The timing can be difficult as it is a seven game series, so it is unknown when such a presence will be necessary.

“This is a plan just in case public safety is jeopardized,” says Oliver, “we don’t anticipate that happening, but we have to be prepared.”

“We are asking you to please remember to celebrate responsibly.  The University will not tolerate any type of unruly or disruptive behavior,” says Carl Pickron, Vice President of student affairs, “It is the responsibility of all students to make sure that their behavior reflects the image of Westfield State as an institution of academic excellence.”

Oliver states that there were security measures in place for the Red Sox divisional round against the Yankees earlier in the month. Those measures were ultimately unnecessary as there was no gathering at the globe, but the precaution was put in place due to the contentious nature of the rivalry between the two teams.

“We don’t anticipate there being any incidents in the case of the World Series,” says Oliver, “but we have to plan just in case.”