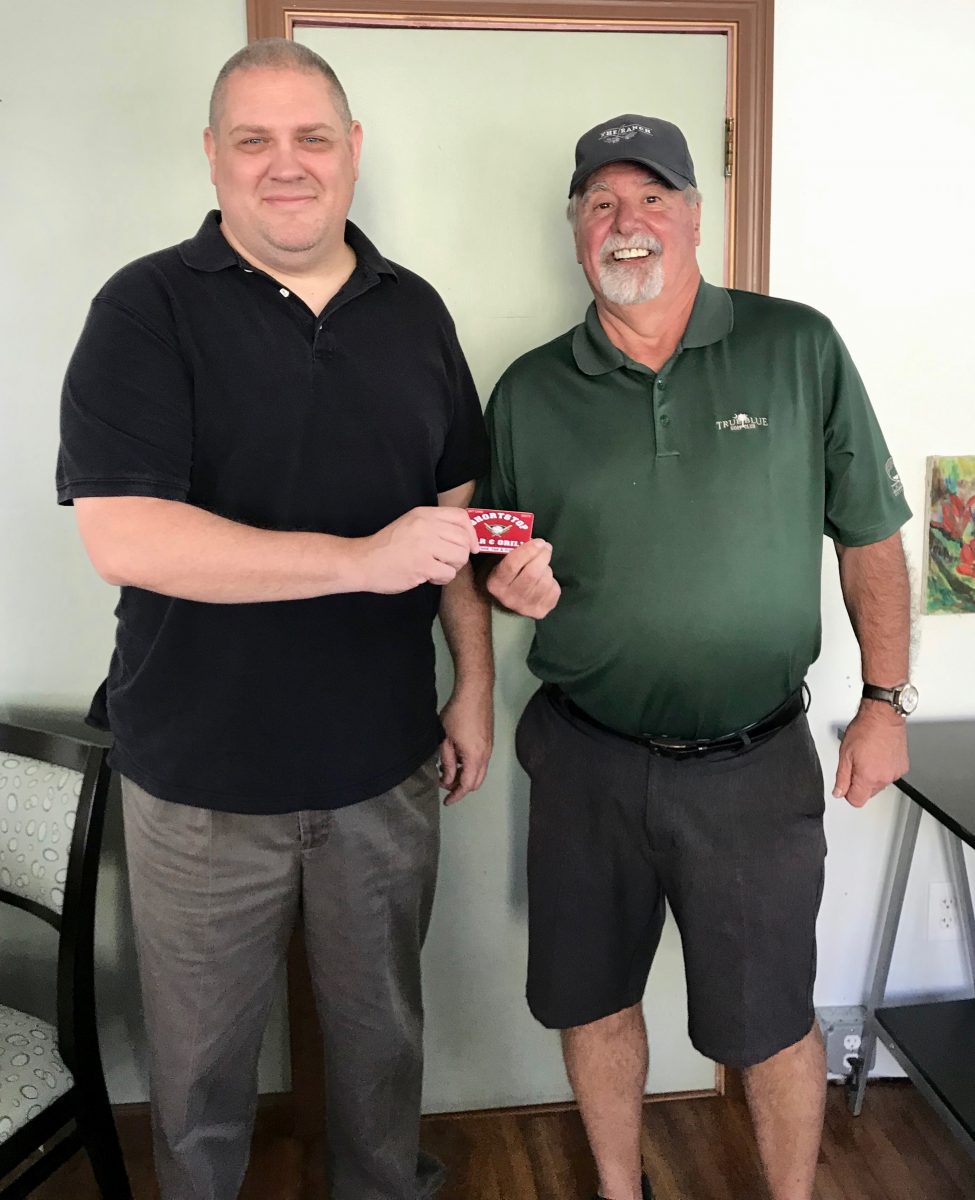 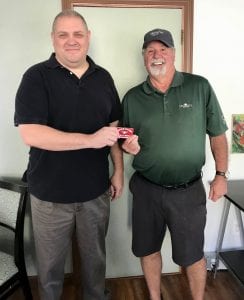 WESTFIELD – Huntington native and current Westfield resident Kevin Michaud may not be a fan of our state’s professional sports teams, but it is one big reason why he is our 2019 “Ultimate Sports Challenge” winner.
“I’m just a big sports nut,” said Michaud, whose fell in love with Brooks Robinson and the Baltimore Orioles in the 1960s. “And I enjoy the challenge.”
Michaud’s impartiality led to his series-winning victory Aug. 2-4 when the New York Yankees destroyed the Boston Red Sox in a four-game sweep. That entry was recently chosen (at random) among all event winners and Michaud was presented with a $100 gift card to Shortstop Bar & Grill.
Fans of our “Beat ‘The Putz’” pro football contest should also be warned – Michaud is a Minnesota Vikings fan. So don’t expect him to chalk up a Patriots victory every week. But then again, that might be the smart choice considering the way they are playing right now. Either way, look out!
While Michaud is also not a supporter of the Boston Bruins – – he roots for the Montreal Canadiens – – he said he will cheer on the Boston Celtics in National Basketball Association games whenever he tunes in. – CP

Pick up your copy of The Westfield News, The Original Pennysaver, East Longmeadow Reminder, Agawam Reminder, or Chicopee Herald for a free entry form to our Beat “The Putz” Football Challenge.
Beat “The Putz” and finish as the top winner each week for a $25 gift certificate to The Tavern Restaurant.
All 17 weekly winners will be entered into a grand prize drawing for a Super Bowl party ($1,000 prize value) catered by North Elm Butcher Block.
Second place will be awarded a charcoal grill from Manny’s Appliances, and third place will receive a $100 gift card to the Delaney House.