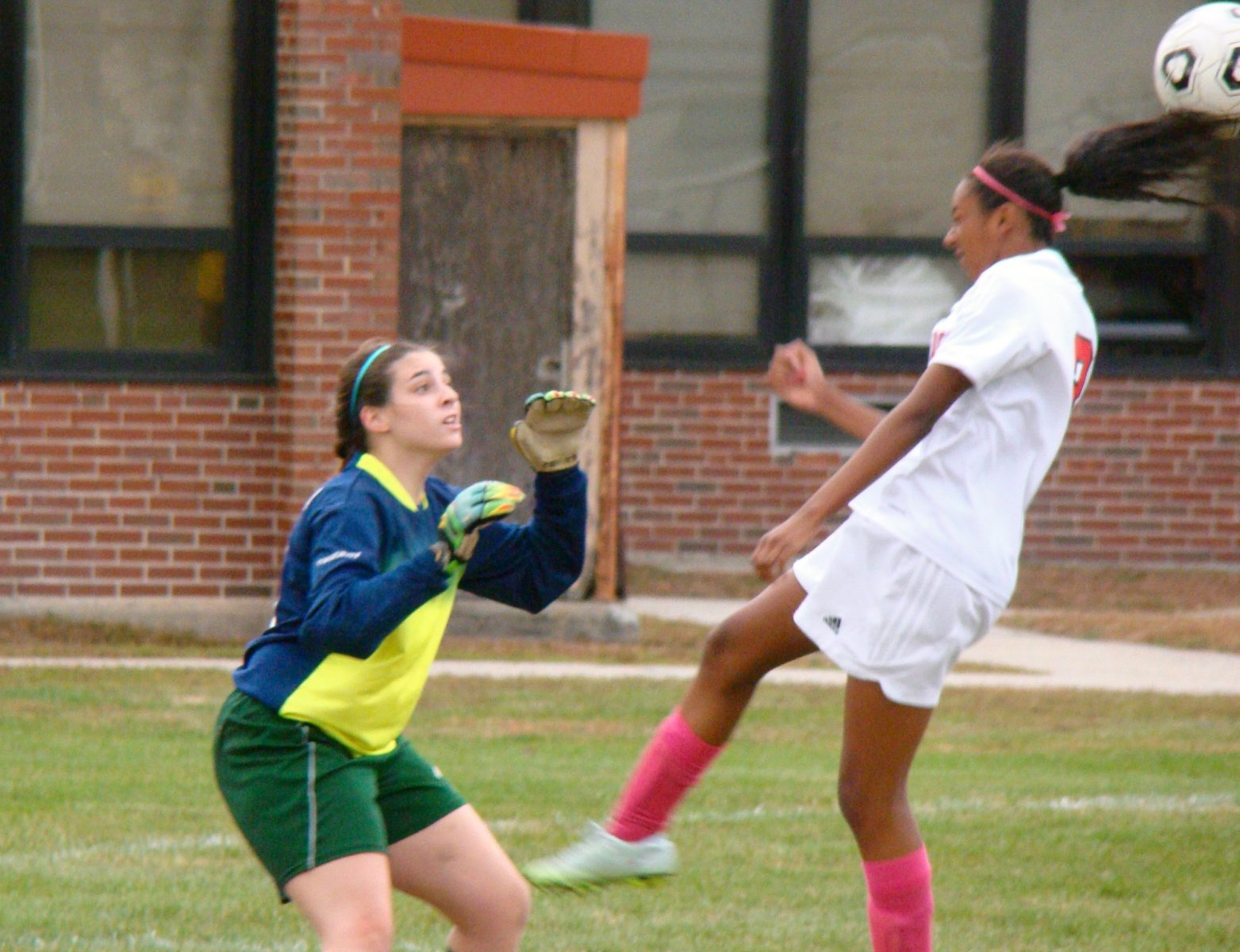 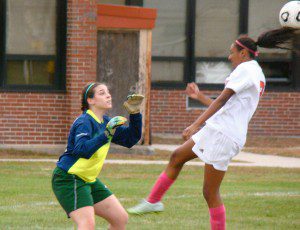 St. Mary senior goalie Francesca DePergola gets set to make one of several saves – including the 1000th in her career – on the road against Renaissance Thursday. (Photo by Chris Putz)

SPRINGFIELD – St. Mary senior goalie Francesca DePergola delivered fantastic diving stops, corralled bounding balls, batted away shots from every angle, and made several saves – 32 to be correct – in the Saints’ 7-1 road loss against Renaissance Thursday at Marshall Roy Field.
It was DePergola’s 11th save that carried a little bit more meaning, but you would not have known it from the senior goalie’s demeanor.
DePergola made a routine stop, and went to work preparing for the next save just like the 999 saves that preceded it.

Her 1000th save came with little fanfare.
The clock continued to tick. The referees did not blow the whistle to stop play. Players did not storm the field to congratulate her. She was not showered with balloons and flowers. But that is exactly how she wanted it.
“It’s exciting,” DePergola said of her accomplishment, “but I think with this game, I could have worked harder.”
In a world of ME-ME-ME, the senior goalie stayed humble.
Renaissance opened the game with a quick score, scoring in the opening minute on the leg of Desiree Crawford. Crawford would prove to be a thorn in the side of the Saints. She had a hand in all seven goals, scoring five and assisting on two others.
“It’s frustrating to see games turn out like this with all the pieces we have,” said St. Mary coach Andy Lussier, who stepped into the role of head coach near midseason. “We’ve come a long way in a couple of weeks though,” he added. “We have potential moments of glory clouded by losing.”
DePergola’s “Cloud Nine” moment came after the game when teammates patted her on the back, and she, in turn, showed her parents appreciation.
There may not have been a victory to show for DePergola’s hard work, and the constant effort from her fellow Saints, but the team, the coach, and the school can take pride in the humility on display. 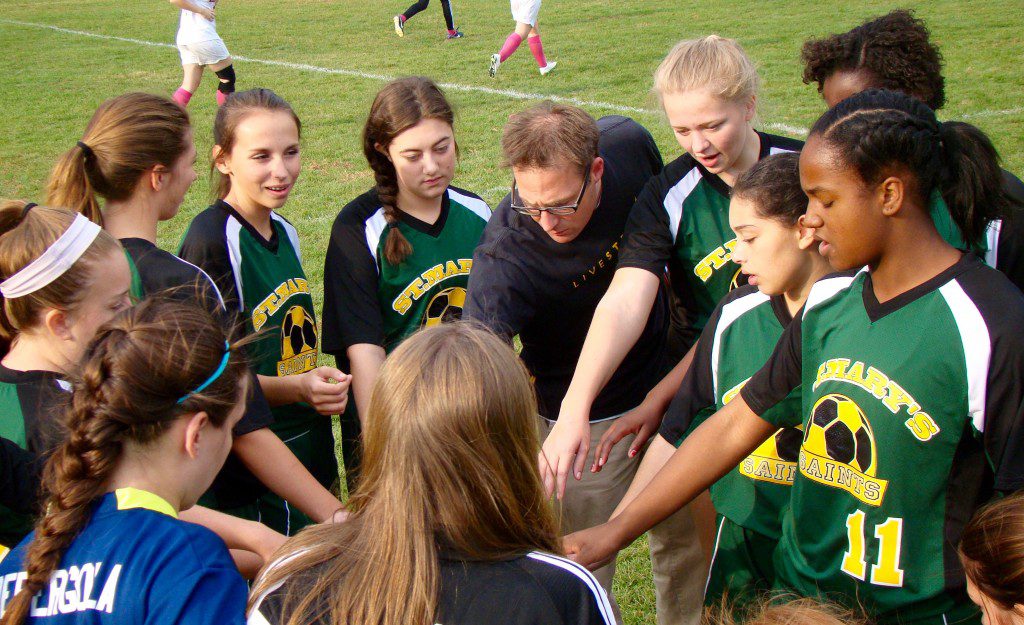 The St. Mary Saints bow their heads in a group prayer prior to taking the field against Renaissance in a high school girls’ soccer game Thursday at Marshall Roy Field in Springfield. (Photo by Chris Putz)