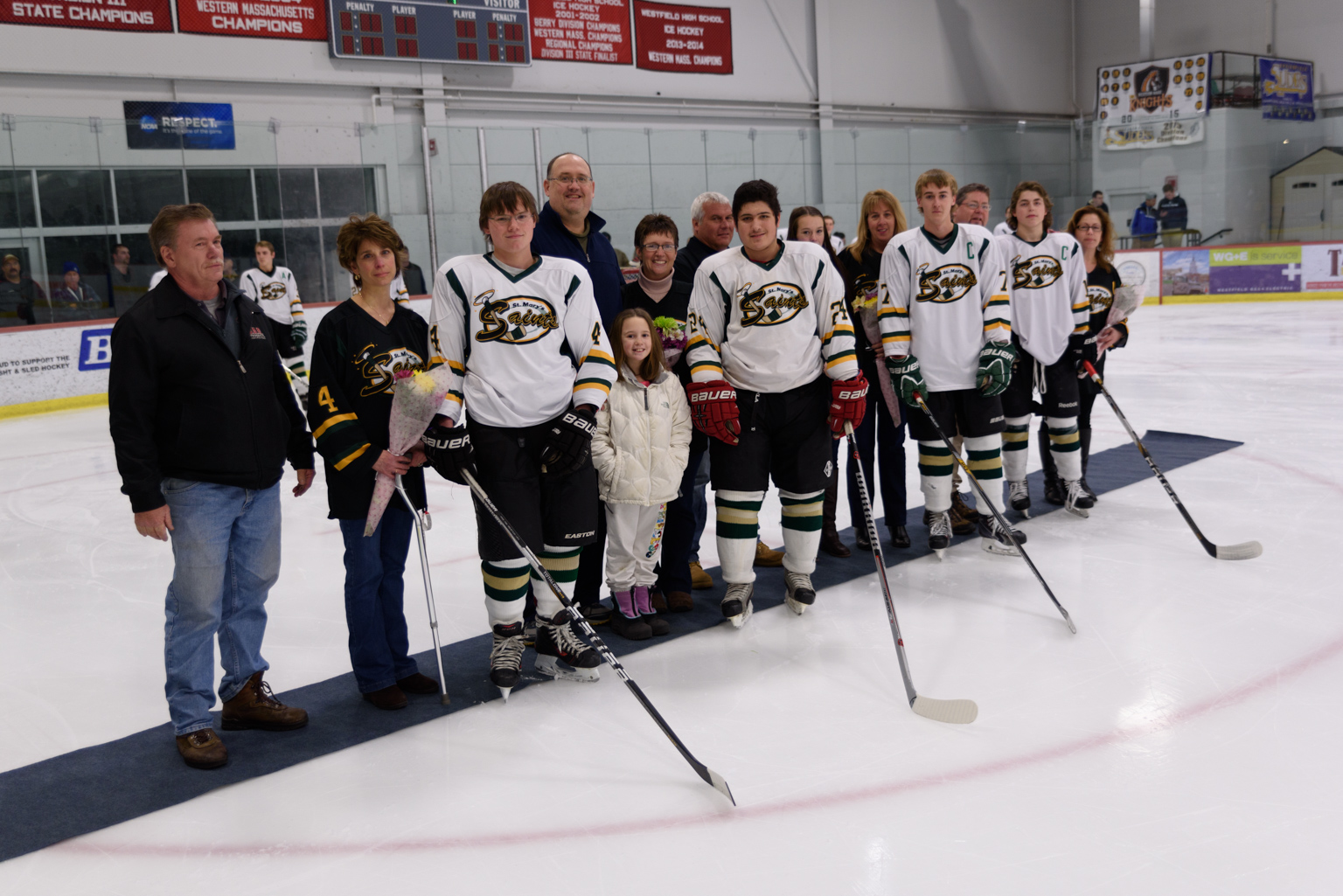 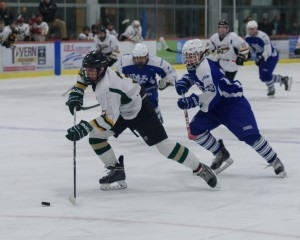 WESTFIELD – One area boys’ ice hockey team crossed the line in the latest version of a “border war,” and it was not to the liking for the home faithful.
Shane Wilkinson tallied a hat trick, Joseph Paier scored two goals, goalie Nikolas Morissette recorded a shutout, and the West Springfield Terriers spoiled the St. Mary Saints‘ senior night, 7-0, Friday night at Amelia Park Ice Arena.
St. Mary opened with a flurry of shots in a penalty-free first period.
Shaun Gezotis just missed scoring on a wicked backhander for St. Mary in the sixth minute of the game. Less than a minute later, Johnathan Spear set up Reilly Siart on a fantastic bang-bang play that nearly netted a goal before being turned away. The Saints swarmed the net on a strong offensive push with just under six minutes remaining, unhinging the cage, but failing to rattle the West Side goalie. A short time later, Gezotis attempted another shot but it went high and wide.
West Springfield came alive in the period’s final three-and-a-half minutes.
Paier followed up on a puck that caromed off the St. Mary goalie out in front of the net, plucking it from the ice and tapping it into the back of the net for the game’s first goal with 3:29 remaining in the first period.
Wilkinson made it 2-0 West Side when he tipped a pass just inside the blue line past a defenseman in the period’s final minute. He broke away and skated ahead to collect the puck out at the top of the crease, scoring untouched with 39.5 seconds left.
In the second period, West Springfield was penalized for its overaggressive play. The Terriers wound up in the penalty box three times but killed off all three penalties.
West Springfield continued to set the tone on offense, scoring four times in the middle frame to pull away. The Terriers tacked on their seventh goal in the third period. 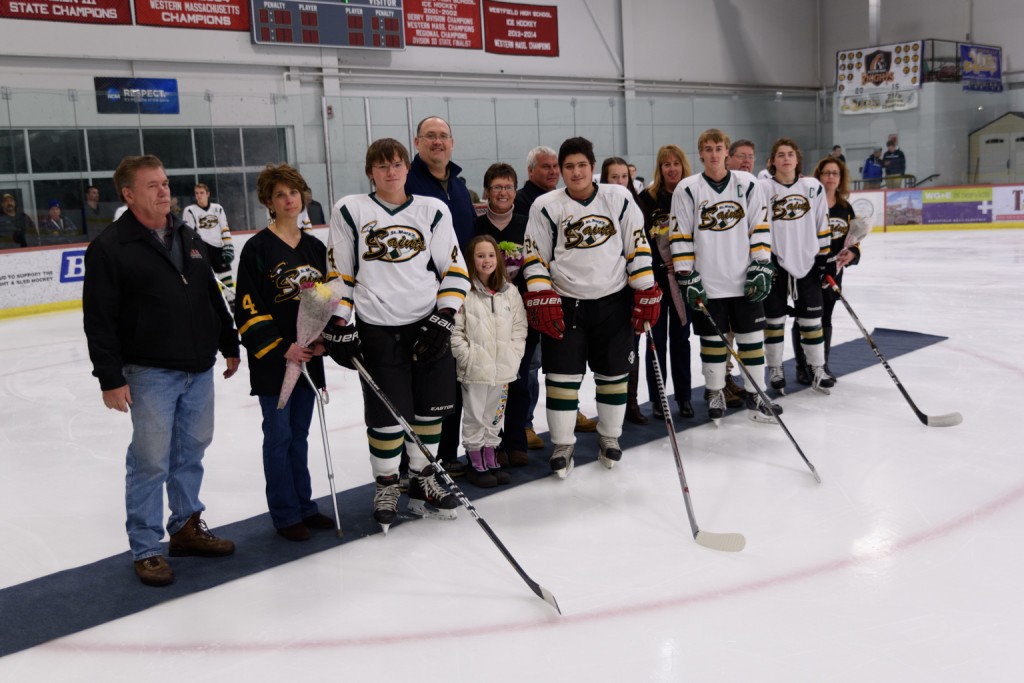