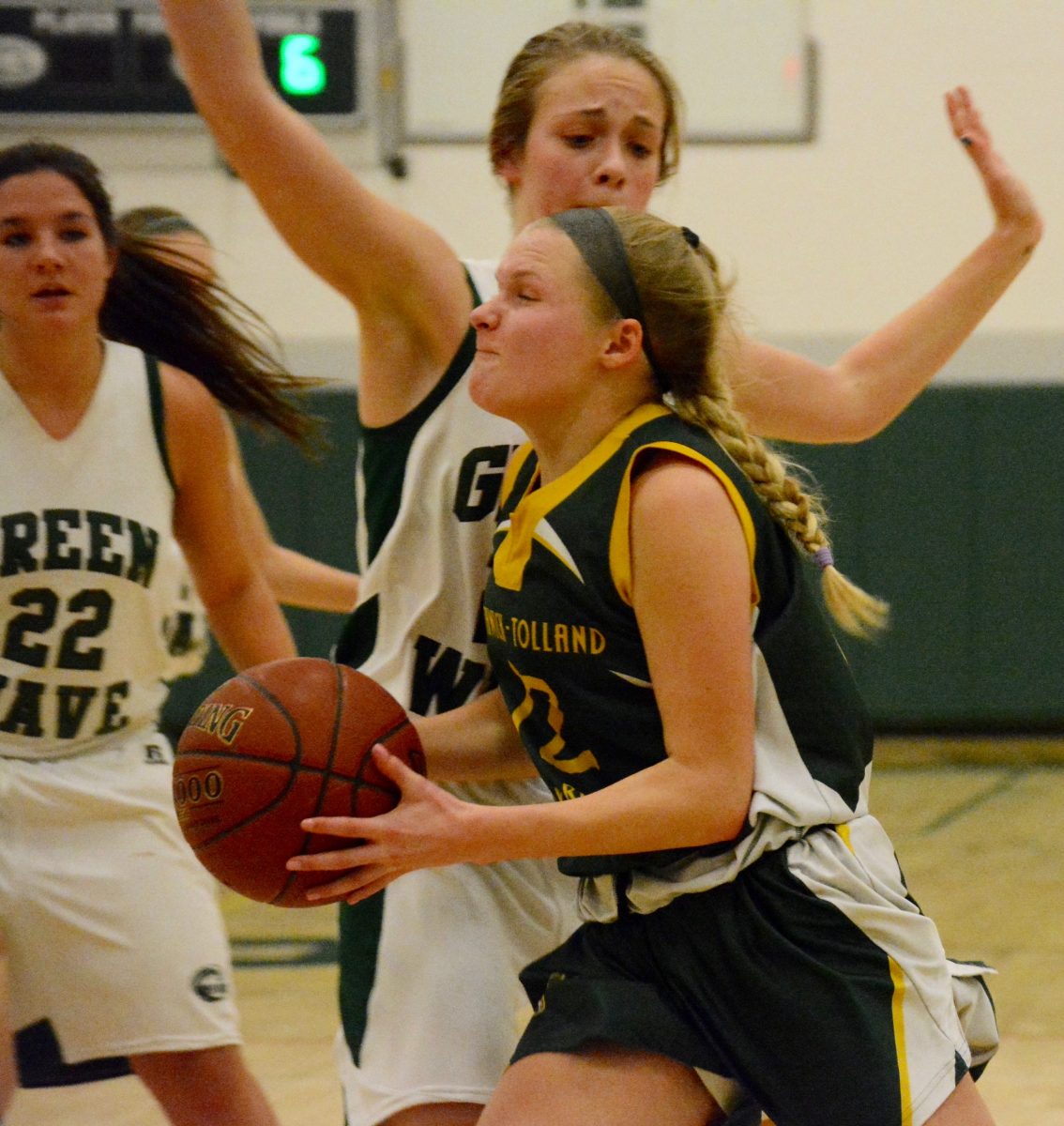 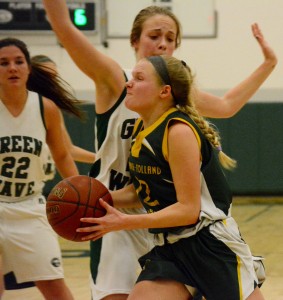 GREENFIELD – If the Southwick Rams manage to string together a solid run in the high school girls’ basketball tournament, the Rams will likely look back on a big road test they nearly passed.
Southwick continually fought its way back into Wednesday’s road game at mighty one-loss Greenfield before falling 57-46 to the Green Wave.
Greenfield (17-1, 7-0) raced out to a 22-10 first-quarter lead, and maintained a double-digit lead at the half, 31-20. A determined Southwick team kept at it.
Tournament-bound Southwick (12-5) pulled within three points of a tie, 34-31 with just over four minutes remaining in the third quarter. Greenfield made two baskets within a 15-second span, converting a turnover in the Rams’ backcourt into a quick uncontested lay-up for a seven-point lead.
Southwick cut the Greenfield lead to three again, 38-35, with a free throw from Brooke Waitte. The Green Wave went on a 9-0 run over the next 2 minutes, 19 seconds to seize a nine-point advantage, 44-35.
“We had a lot of spurts,” Southwick’s Ashley Shea said. “We just couldn’t keep up enough to get the lead. If we gave up, we would have been out in the first quarter … We sure played with a lot of heart.”
Greenfield went up by 10 points early in the fourth quarter, but Southwick fought back again. Rams’ Mckenzie Sullivan (21 points) drained a 3-pointer to cut the lead to five, 45-40. The Green Wave made it a seven-point game. The Rams pulled to within five again late but that would be as close as they would get.
“We definitely knew they [the Green Wave] were coming with a lot of heart,” Sullivan said. “This was great preparation for the playoffs. It was an eye-opener … We don’t want to get slapped in the first round of the playoffs.” 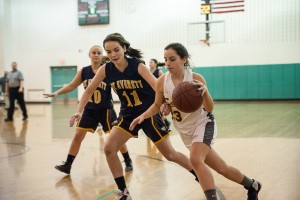