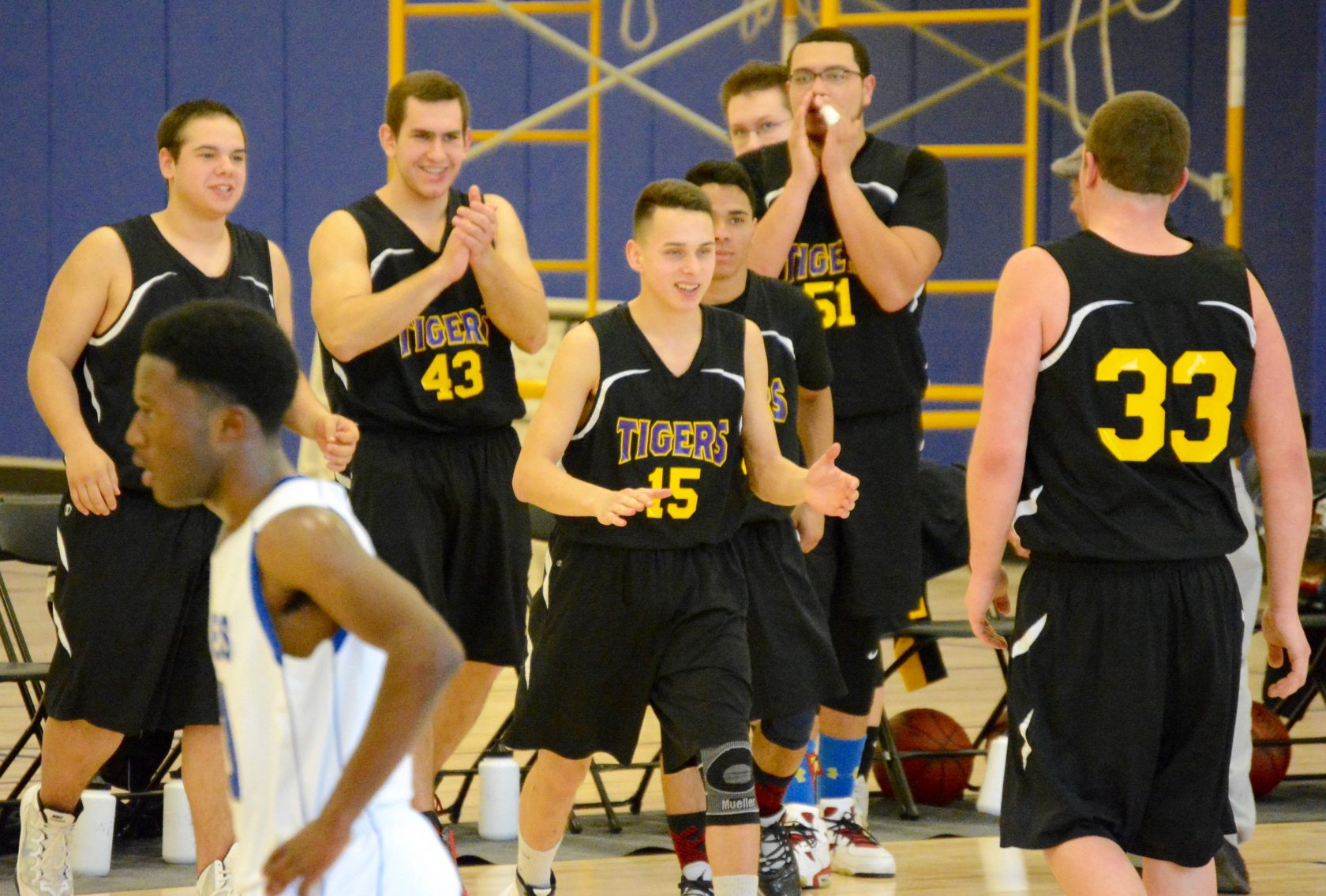 SPRINGFIELD – The Westfield Technical Academy boys’ basketball team has turned the collective basketball world in the Whip City upside down.
After several years of struggle – Westfield Tech suffered a 100-point-plus loss to St. Joe’s four seasons ago – the Tigers are in the postseason. Westfield Tech downed Pioneer Valley Christian Academy on the road 51-42 Friday to earn its first tournament berth in quite some time.
“I told the team after that game (during the 2012-13 season) that if they stay with the program, they will find themselves in the postseason down the line,” Westfield Tech coach Kyle Dulude said. “These (senior) kids took a beating their freshman year. They have showed resilience to stay in the program. That is what I am most proud of.” 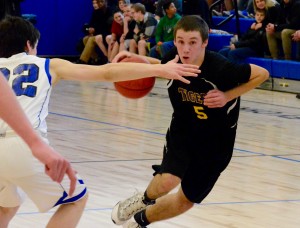 Those three four-year seniors Dulude was alluding to are Tyler French, Luis Santos, and Matt Wood.
During their early years at Westfield Tech, those three seniors and their teammates endured unbearable losses, and the scorn of opponents and peers at first. The Tigers made strides recently, just missing out on the postseason.
This season, despite marked improvement, Westfield Tech sat buried in the standings at 4-9. Then, something clicked.
“We finally started working together,” Wood said.
Westfield Tech won a game, then another, and another, until a five-game win streak put them on the cusp of a long sought-after tournament berth. The magical sixth straight victory came Friday.
Wood set the tempo early on against Pioneer Valley Christian Academy, scoring eight of his 17 points in the first quarter. He nailed the dagger, a step-back 3-point shot that put the game out of reach late in the game.
It was a well-balanced attack throughout for Westfield Tech. Tigers’ Luis Ruiz finished with 12 points, Alex Stepanchuk had 10, and Tim Shevchenko, 9. 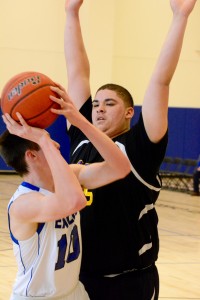 Together, Ruiz, Shevchenko, Santos, and French provided strong interior defense against PVCA. Westfield Tech locked down the Eagles until Matt Porter (15 points) broke free for nine fourth-quarter points. The Tigers would not let one player determine the final outcome though.
Spurred by Porter’s offensive spark, Pioneer went on a 13-2 run to cut Westfield Tech’s lead to 44-42 with 3:46 remaining.
Westfield Tech responded with a 7-0 run – a Stepanchuk jumper, two free throws from Shevchenko, and Wood’s 3-pointer – to close it out.
“It took a lot of hard work, dedication, and a consistent team effort,” Santos said. “In the second half (of the season), we started clicking.”
Santos said once the players started to trust in each other, the team took off. 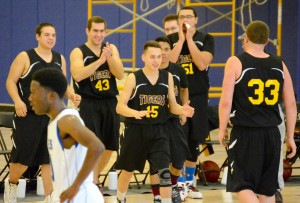 “Whether everyone realizes it or not, everyone contributes on this team,” he said.
It is that same attitude that has helped fuel the school’s baseball and boys’ soccer team’s recent successes. Another constant on those teams has been the inspirational message and coaching regimen of their head coach, Dulude.
“This is sort of the trifecta for our sports program at the school,” the Tigers coach said. “It sets a level of expectation that if you’re going to come to this school and work hard, you are going to have some success.”
No matter how far Westfield Tech goes in the upcoming boys’ hoops tourney, the long journey has been a well-traveled one by the Tigers – and one definitely worth remembering.

GIRLS’ HOOPS
Rams bounce past Mohawk
Southwick 51, Mohawk 28
Southwick exploded with a 19-2 first-quarter run, and 10 different players scored with Ashley Shea (10 points) leading the way as the Rams picked up a big road win Friday night.
In other high school girls’ basketball games, Westfield hosted Agawam, and Gateway travelled to Franklin Tech. No results were available as of press time.