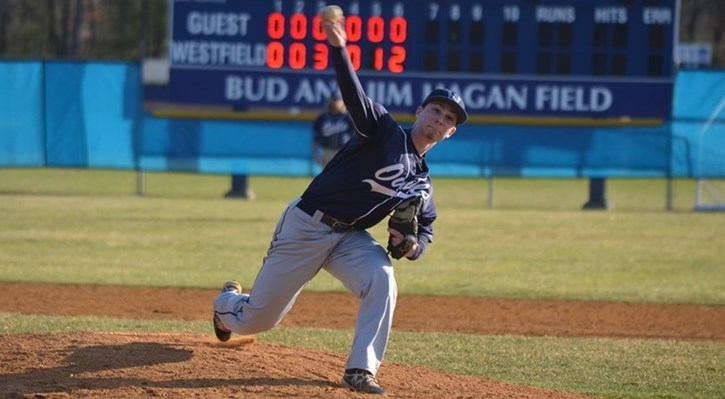 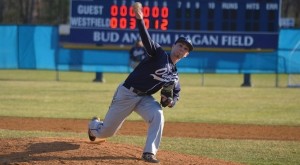 KEENE, N.H. – Westfield State sophomore starting pitcher Nate Marshall spun six shutout innings to lead Westfield to a 6-0 win over Keene State on Wednesday afternoon.
Marshall (2-0) limited Keene to three hits and one walk while striking out seven to earn his second win of the season. Tyler Tongue, John Gegetskas and Pete Liimatainen each worked a scoreless inning of relief to preserve the shutout.
Westfield manufactured a run in the top of the fourth inning as Danny DiMatteo walked and stole second, advanced to third on Tyler Adams’ fielder’s choice, and scored on an Evan Moorhouse base hit to give Westfield a 1-0 lead.
The Owls tacked on two runs in the eighth on a DiMatteo triple and an Anthony Crowley sacrifice fly.
Westfield added three more in the ninth with DiMatteo again fueling the inning with 2-run single.
Westfield had not beaten Keene State since 2004, a span of 11 games.
Westfield improves to 14-15 on the season with the win, while Keene falls to 12-15.
The Owls play on the road again tomorrow, heading to longtime New England powerhouse Eastern Connecticut State for a 6 p.m. start at the Mansfield Complex. – Courtesy of Westfield State Sports