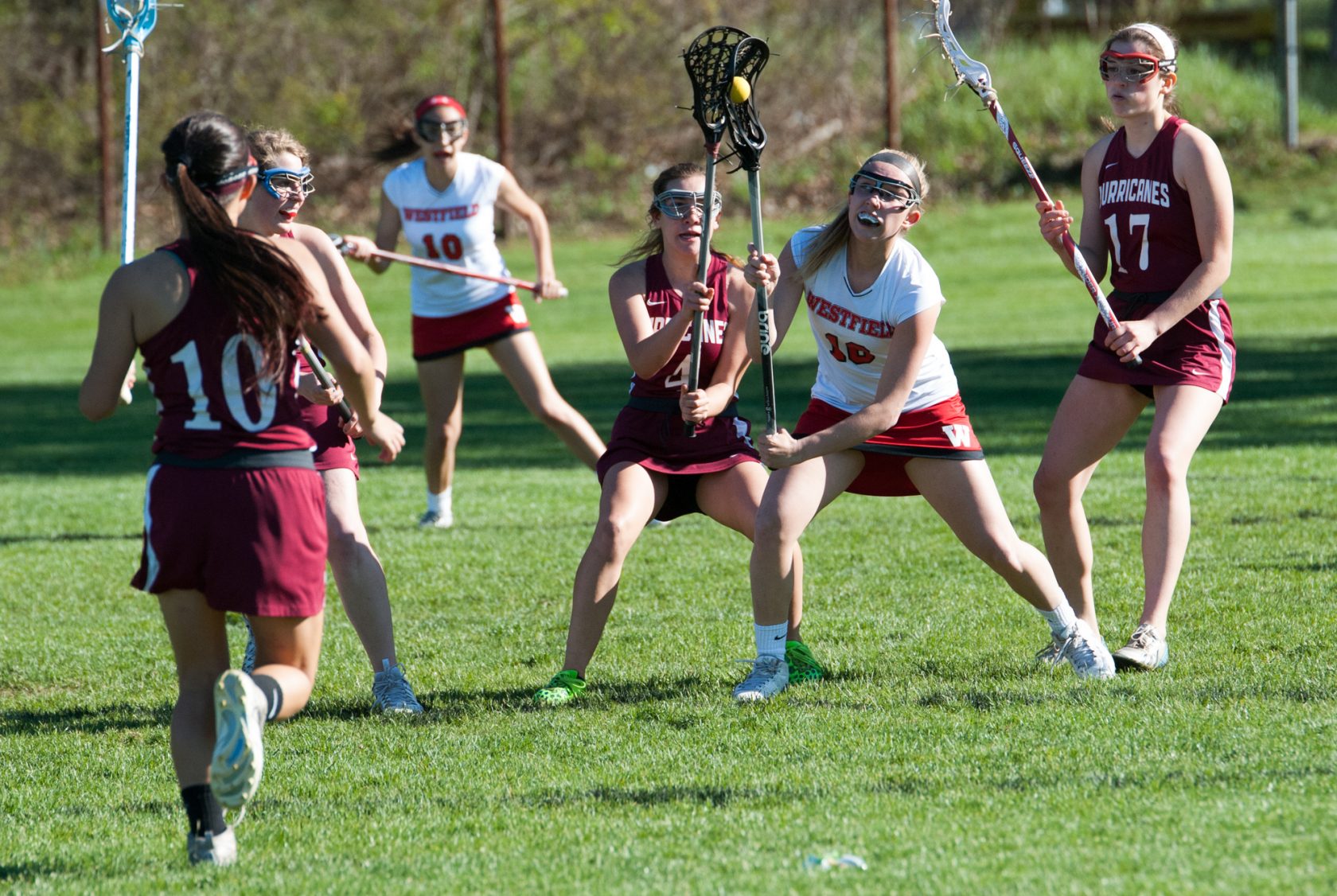 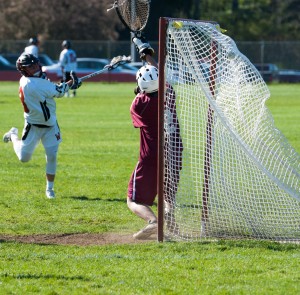 WESTFIELD – No, fans were not seeing double at the Westfield High School lacrosse fields.
A scheduling quirk allowed the Westfield and Amherst high school lacrosse varsity teams to play simultaneously side-by-side in the Whip City on Monday. It proved to be double the trouble for the Hurricanes as the Bombers’ boys’ and girls’ squads both won. 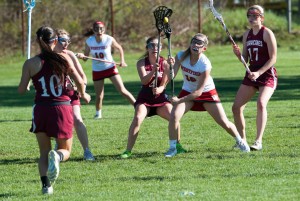 Westfield’s Hannah Jarvis gains control of the ball against Amherst Monday in the Whip City. (Photo by Bill Deren)

SOFTBALL
Gators lose hard-fought battle
Pope Francis 7, Gateway 4
Pope Francis took advantage of some late wildness from Gateway (errors, walks), rallying for six unanswered runs in the bottom of the fifth inning to sneak out a victory at home.
Gateway, which led 4-1 heading into the inning, outhit Pope Francis 8-6, but committed three more errors than the Cardinals.
Gateway had Pope Francis on the ropes several times in Monday’s game, including the seventh when the Gators had the tying run at the plate. The Cards prevailed.
“For a 2-9 team, we are not a slouch,” said Gateway coach Matt Bonenfant, whose team has shown improvement over the course of the last two seasons.
Gateway’ Gabby Dame went 3-for-4 with an RBI, and Audrey Gamble went 2-for-4 with two RBIs. Gamble scattered six hits on the mound for the Gators, struck out three, and walked six. 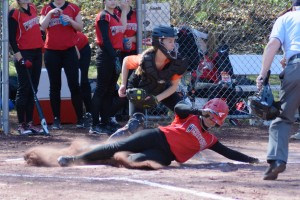 The Bombers slide past the Orioles in high school softball action Monday at Westfield High. (Photo by Marc St. Onge) 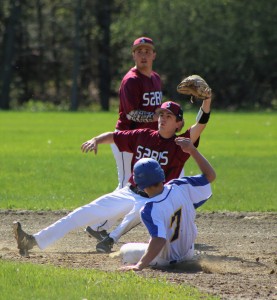 Turban goes 2-for-3 in loss
Sabis 9, Gateway 4
Brett Turban collected two Gateway’s four hits on the afternoon, going 2-for-3 with a double, run scored, and an RBI. Joe Jones (walk, run) Joe Rutherford-Bean (RBI) had one hit apiece for the Gators.

GIRLS’ TENNIS
Saints fall to Frontier
Frontier Regional 5, St. Mary 0
After a prior rain filled week of cancellations and rainouts, St. Mary faced off against Frontier Regional High School on a windswept afternoon.
In first singles, Jessica Demers mounted a bit of a late comeback but fell to Celia Speth, 0-6, 3-6.
In second singles, Ashley Forest worked to fight off Allison Zera’s topspin ground strokes that just cleared the net and hugged the court. She took two points from Zera; but fell 1-6, 1-6.
Frontier’s Erika Poissant and Tori Bowen managed to fend off some good open court shots from St. Mary’s 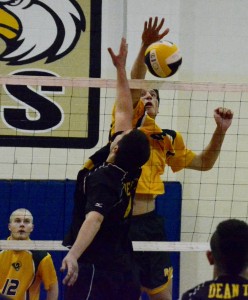