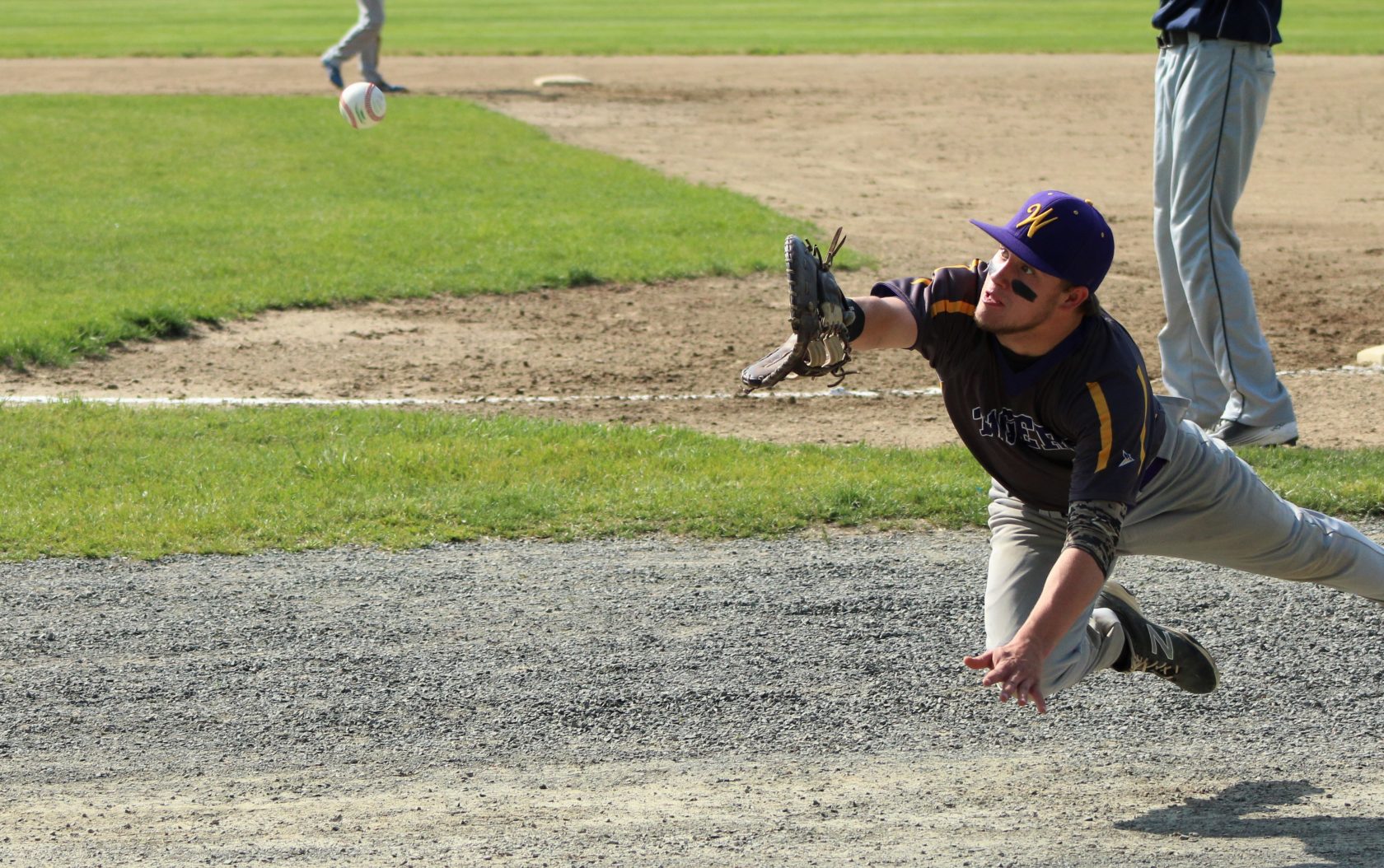 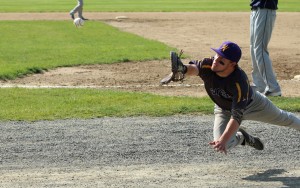 WESTFIELD – After a 1-0 ballgame through the first four innings, the Westfield Technical Academy and Franklin Tech high school baseball teams erupted offensively Thursday at Bullens Field. The Tigers prevailed 10-9.
Westfield Tech scored four in the fifth inning to take a 5-0 lead before Franklin rallied to tie it 5-all in the home half of the inning. The Tigers responded with five more runs in the sixth to take a 10-5 lead, only to see the opposition battle back with four in the seventh.
Both teams finished with 10 hits apiece, with 17 of them coming in the final two innings.
“It was 1-0 through the first four innings,” Westfield Tech coach Kyle Dulude said. “(It was) looking like that was going to be the end result and then both teams put on hitting displays.”
Westfield Tech prevailed though as Tigers’ pitcher Nick Clegg struck out the final batter with bases loaded on a 3-2 pitch.
Clegg helped himself out offensively, going 2-for-3 at the plate with three runs scored and two RBIs.
Nate Boulay, Alex Sparks, and Chris Boyden drove in base runners with two hits apiece for Westfield Tech. Tigers’ Brad Alvord and Andrew Daniels each chipped in with a hit and RBI.
It was a huge turn-about for Westfield Tech, which was on the losing side of a pair of one-run ball games.
“It was a crazy, dramatic win today … a very exciting game,” coach Dulude said. “I’m glad to be on the other side of this one.” 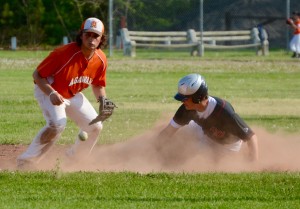 Westfield’s baserunner kicks up dust as he beats the Agawam throw and slides in safely to second base Thursday at Shea Field. (Photo by Chris Putz)

Bombers escape victorious
Westfield 1, Agawam 0
Stefan Krol (2-for-3) knocked in J.D. Huntley for the game’s only run in the top of the fourth inning as Westfield escaped Agawam with a narrow victory.
Westfield pitcher Dalen Mochak earned the “W” with a two-hitter. Mochak struck out seven batters, and walked two in seven complete innings.
Mason St. Pierre and Sean Moorhouse finished with two hits apiece for Westfield. Bombers’ Austin St. Pierre had one. 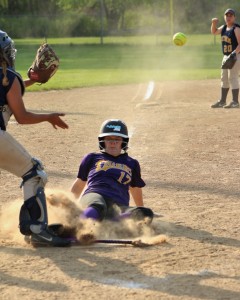 Westfield Technical Academy’s Cheyenne Slack slides into home plate ahead of the throw from Putnam Thursday at Whitney Field. (Photo by Kellie Adam)

On Thursday, Gateway pitcher Audrey Gamble flirted with a no-hitter, and the Gators blanked Renaissance 10-0 at Marshall Roy Field in Springfield.
Gamble produced on the mound – the Gators’ sophomore flame thrower tossed a one-hitter (a lone infield bleeder in the second inning), striking out seven batters and walking two; and, she delivered at the plate, going 2-for-4 with two runs and two RBIs.
Chelsea Edinger went 2-for-4 for Gateway (3-10) with a double, two runs, and an RBI. 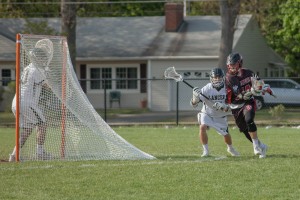 This Bomber looks to turn the corner on the Lancers’ defense Thursday at Longmeadow High School. (Staff photoWilliam Eagan) 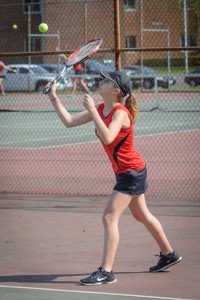 Nicole Vilane serves one up for Westfield at third singles. (Photo by Marc St. Onge)