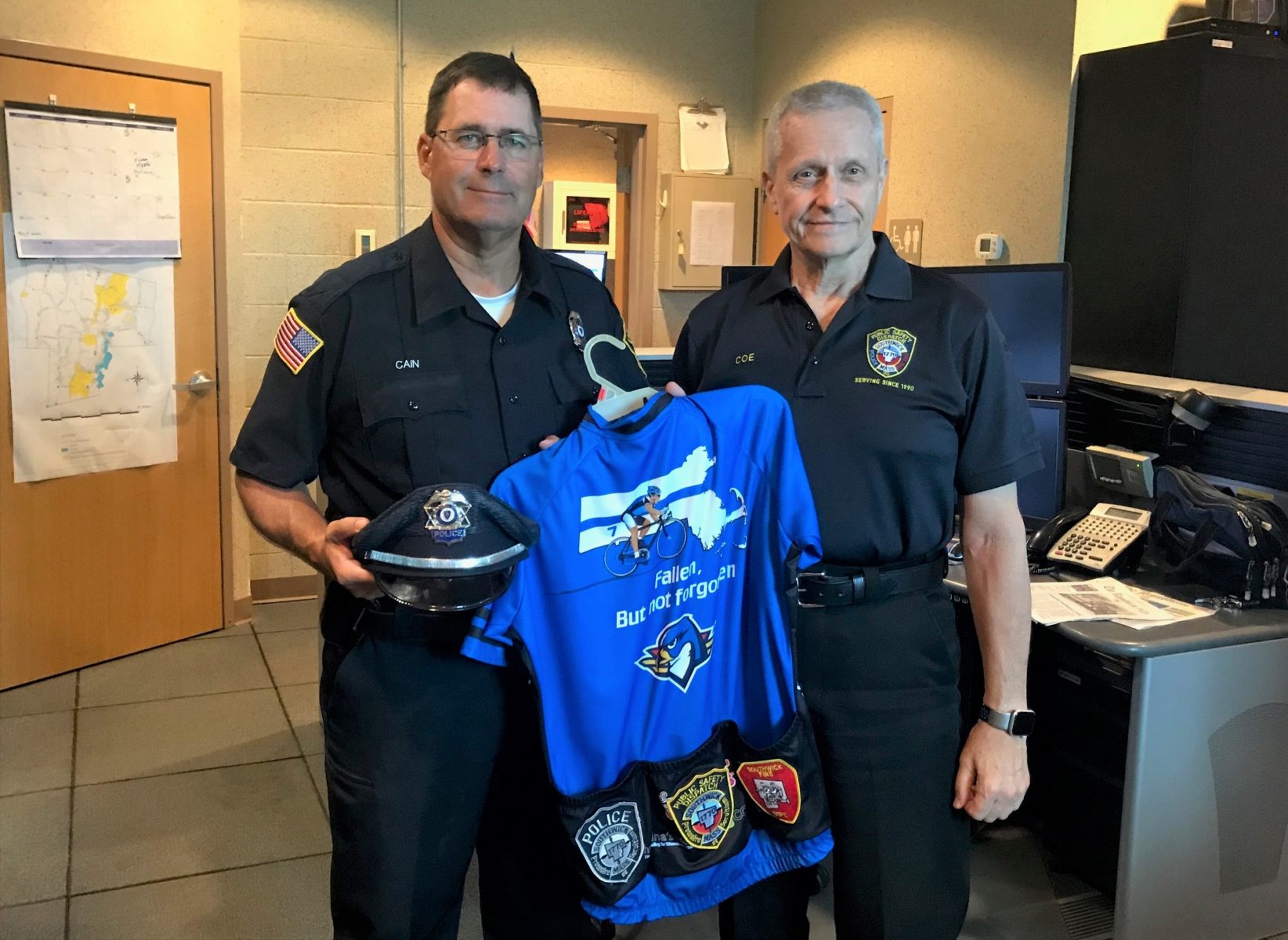 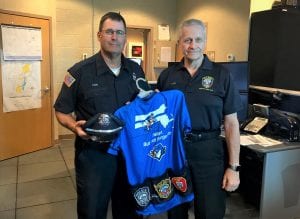 SOUTHWICK – Nearly every first responder, whether a police officer, firefighter, parademic, EMT or dispatcher, knows someone who lost their life in the line of duty.

The Ride to Remember honors fallen police officers from the region, and Southwick Police Reserve Officer Jerry Cain and Dispatcher Peter Coe are participating in the 106-mile bicycle ride from Springfield to Boston in their memory.

Although Cain and Coe ride for all fallen officers, they said they would think about friends and acquaintances along the ride.

“I’m sure I will be thinking about specific people along the way,” said Coe.

Cain, an avid cyclist, is participating in Ride to Remember for the fifth time this year and said it truly is an unforgettable experience.

“It’s amazing to participate in this,” he said. “There are over 400 riders and 25-plus motorcyles.”

Coe said he used to ride frequently, but in recent years has not ridden as often. A weight loss competition among town employees inspired him to begin riding again.

“In January we had a weight loss challenge and I won, losing 64 pounds,” Coe said. “I started riding again.”

Cain encouraged Coe to join him on the Ride to Remember. The $300 entry fee supports families of fallen police officers and was paid for by the Southwick Police Association.

“We want to thank the Southwick Police Association for sponsoring us both,” Cain said.

Coe said he is representing all of Southwick’s first responders and included patches from the town on his shirt.

“Being a dispatcher, we respond to everyone because we dispatch to police, fire and DPW,” he said.

Coe has been bicycling 125-150 miles per week to condition himself for the ride and Cain said he rides at least 25 miles several times a week. Cain said you can’t do this ride without training.

Cain touted Ride sponsor Competitive Edge Ski and Bike shop in East Longmeadow for its support along the route.

“They have a van filled with equipment and it’s like a racing pit stop,” said Cain. “If you have a problem, the van pulls up, gets you fixed up and you’re on your way – it’s amazing!”

Cain said he had to experience Competitive Edge’s expertise first-hand one year.

“When we get into Boston, we all gather to ride to the State House together,” he said. “And as we gathered, I broke a spoke and they fixed it and before I knew it a guy was giving me a push to get back in and I was off.”

This is the 7th Annual Ride to Remember. It starts at the corner of Main Street and Boland Way in downtown Springfield and ends at the State House in Boston. For information or to register, visit bikereg.com.