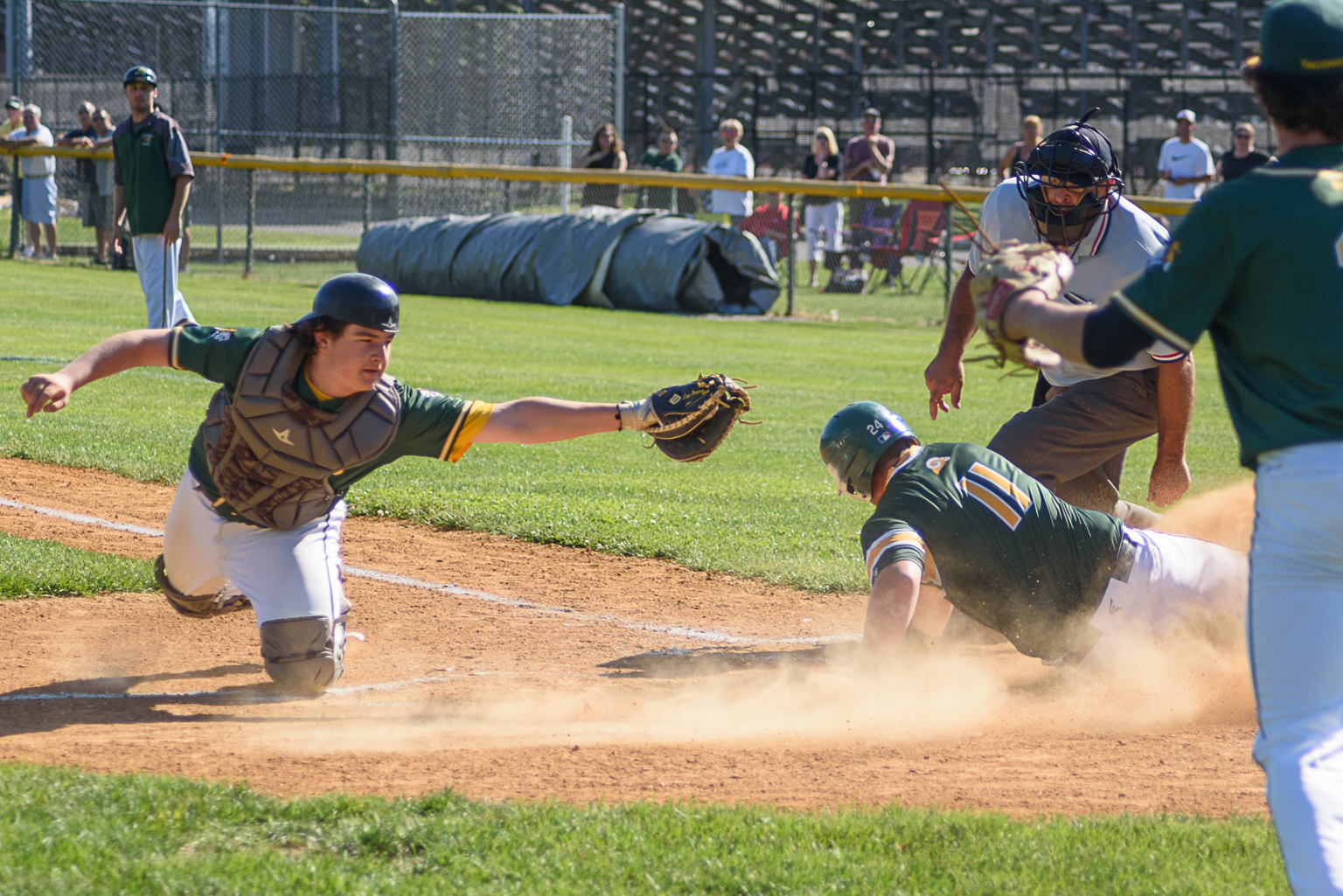 WESTFIELD – It’s a Braves new world, and the rest of Division 3 is living in it.
The defending Western Massachusetts Division 3 champion Taconic Braves, who dropped from Division 1 two years ago after winning that title, are headed back to the promised land again.
Taconic sophomore pitcher Anton Lazits recorded 16 Ks in dominant fashion and the top-seeded Braves punched out the No. 5 Southwick Rams 5-1 in a West Division 3 semifinal Wednesday at Westfield State University’s Bud and Jim Hagan Field. 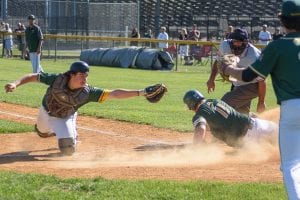 Lazits was a force not to be messed with, twice stringing together at least six straight strikeouts.
Taconic jumped out to the game’s first lead. Southwick pitcher Bart Shea plunked Jake Risley on the foot. Risley stole second base and scored on a Jake Harrington RBI single to the outfield.
Lazits allowed just a Johnny Cesan single and Bart Shea walk in the first inning before striking out seven straight batters.
Southwick finally broke the streak of strikeouts, grounding out to begin the fourth. With one out, Shea singled. He scored on a Josh Sylvia single that landed about halfway down the right field line, just beating the tag of Taconic catcher Leo Arace on a slide at home plate.
Shea appeared to get in a groove of his own late in the third inning forcing a fly-out, ground out, and strikeout after allowing a lead-off single to Taconic’s Christian Womble. He went on to retire the side in the fourth via a pair of ground outs and a K.
Taconic put the first big dent in the scoreboard in the fifth. Jake Harrington and Lazits belted consecutive singles to begin the inning. Then, Christian Womble unloaded a two-run triple to right-center field.
Southwick center fielder Jacob Garrity made an incredible diving attempt to catch the ball, but it bounced off his glove. Had Garrity not knocked it down, it likely would have resulted in an in-the-park home run.
Womble eventually did score though, crossing home plate on a wild pitch for a 4-1 lead.
Taconic tacked on an insurance run in the sixth inning on a Harrington RBI single. Harrington knocked in Michael Britten, who walked and advanced to second on a wild pitch.
Shea finished with six Ks. The Rams had five hits.