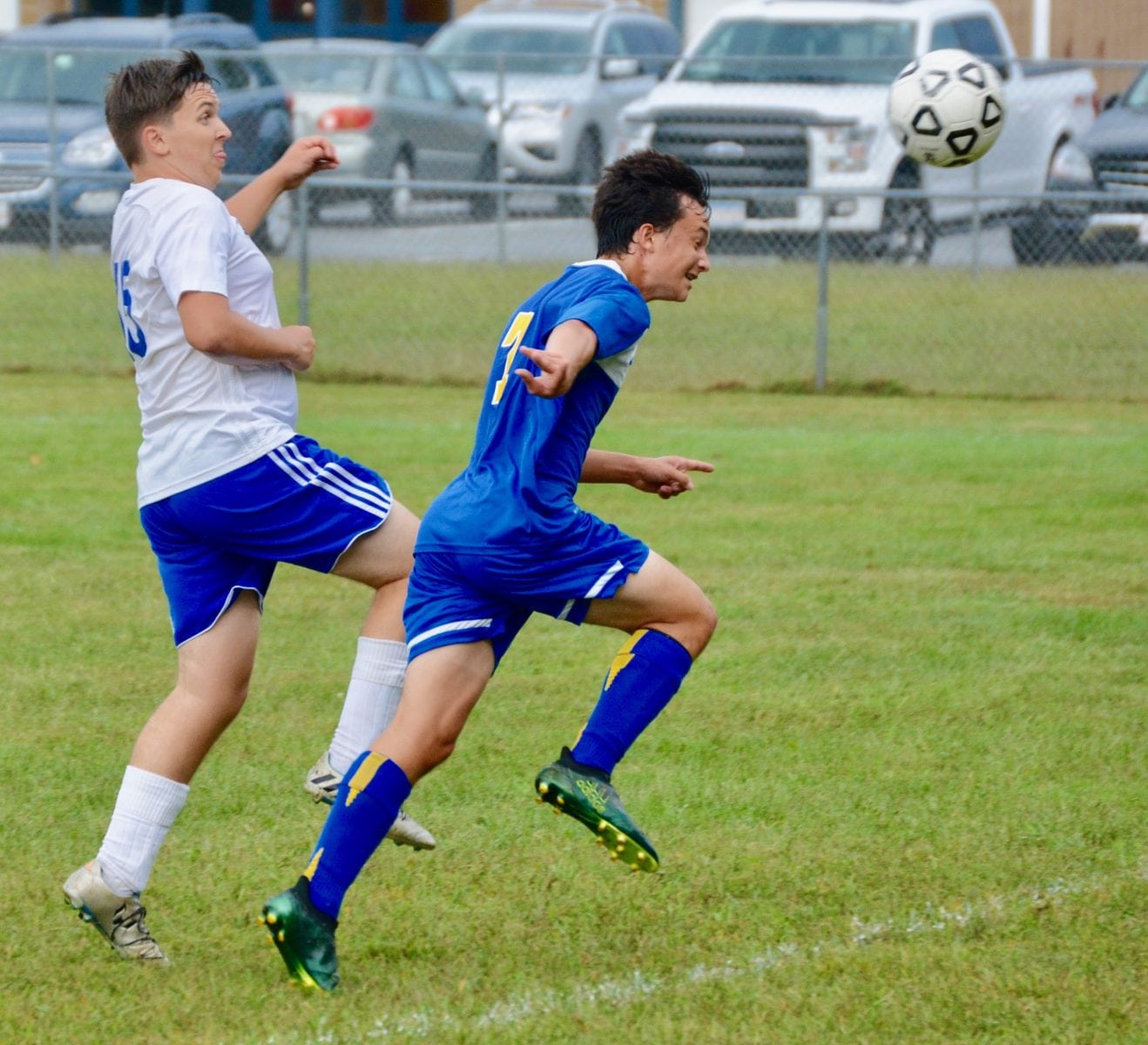 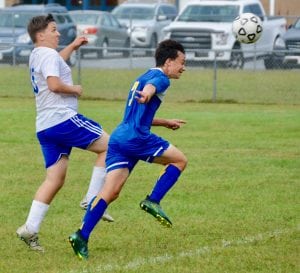 Ben Hyjek (3) heads the ball in for the first Gateway goal early in the first half against visiting Granby Thursday. (Photo by Chris Putz)

HUNTINGTON – After just one win, it is apparent that the Gateway Regional High School boys soccer team is nearly a step ahead of its time.
Ben Hyjek scored two goals, Jake Thayer delivered two assists, and Gateway turned back Granby 4-1 Thursday. With the win, the Gators (1-0) equaled their win total from a year ago when they tallied just one win and two ties.
“We’re already as good as a year ago,” Gateway coach Tim Gamble said, jokingly. “Everybody played offense, everybody played defense. We were strong up the middle from goaltending, defensively to playmakers. We gave up a goal and came back with four. We were doing something right.”
A scramble out in front of the net resulted in Granby’s lone score, a Tyler Sudbury shot, early in the first half.
Gateway responded.
Hyjek lofted a header off a pass from Zach Otterbeck for a game-tying goal. Matt Morin set up Joel Sekarski for a go-ahead goal soon thereafter.
In the second half, Hyjek notched his second score. Evan Lee scored an insurance goal. Thayer assisted on both plays.
“We came out with a vengeance, we came out hungry,” said coach Gamble, who noted a strong effort from some first-year varsity players.
Jon Folley (3 saves) and Preston Coffey (2) combined for five Gateway saves. Folley made a nice save on a breakaway and Coffey made a key second half stop on a direct kick.