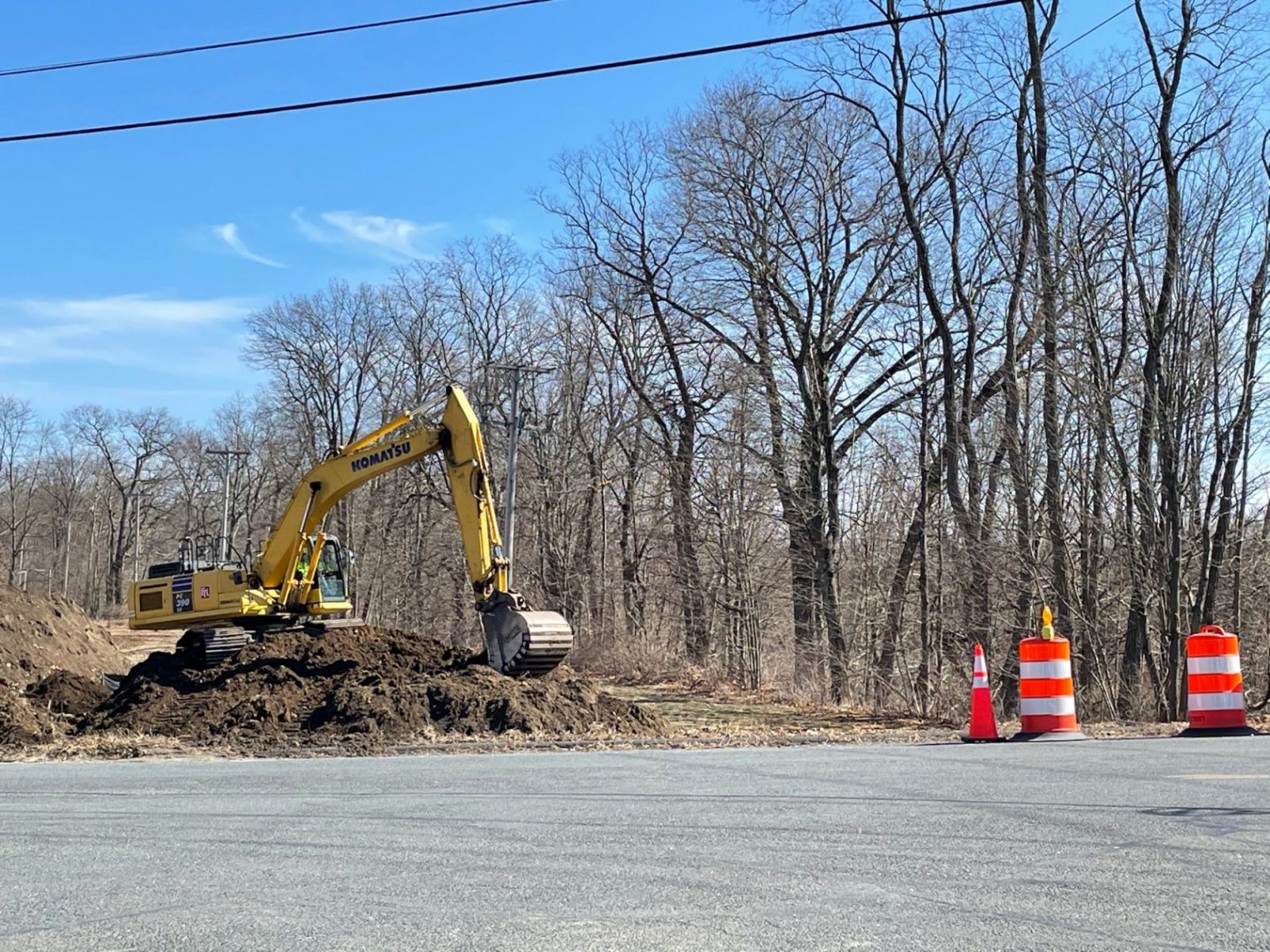 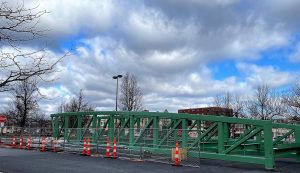 WESTFIELD – Half of the new Main Street bridge for the Columbia Greenway Rail Trail central section is currently in the parking lot of Stop & Shop.

City Engineer Mark Cressotti said MassDOT, which is doing the construction on the trail, is assembling each half and then they will join the two on the Main Street bridge platform.

The Columbia Greenway Elm Street bridge restoration is already underway. Cressotti said they had some steel work to do on the bridge, which turned out to be more extensive and required new drawings. He said they will complete the steel work, then raise the bed, replace the bearings, strip it and repaint.

“It will probably take a good part of the spring and then the summer,” he said. 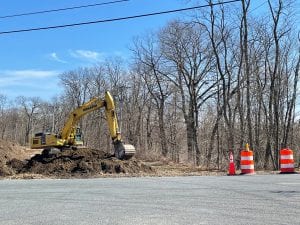 Land just south of the Cowles Bridge is cleared as construction on the bridge continues. (HOPE E. TREMBLAY/THE WESTFIELD NEWS)

Over on Court Street, construction has begun on the new multi-use trail in front of the Church of the Atonement. Cressotti said a $250,000 grant was received for the trail, which will be a continuation of the multi-use trail on Western Avenue.

Another major project is Cowles bridge, where the state is maintaining traffic on one bridge while building another half bridge next to it. The land on either side of the bridge is being cleared for construction. Cressotti said the Cowles Bridge project will be going on for several seasons.