Tanglewood will welcome in-person audiences back for live performances this summer, July 9-Aug. 16, with six weeks of performances, alongside comprehensive public health and safety policies and procedures established to ensure the well-being of musicians, volunteers, staff, concertgoers, and all visitors to the Tanglewood grounds. Performances will be limited to no more than 80 minutes with no intermissions. All performances will take place in the open-air Koussevitzky Music Shed, at a reduced capacity to ensure adherence to physical distancing protocols. Similar capacity restrictions will also apply to lawn seating Tanglewood season details will be announced on April 8. For details: www.tanglewood.org.

Berkshire Theatre Group is the site of some of the filming for the new Netflix documentary, “This is A Robbery: the World’s Biggest Art Heist,” which streams beginning April 7. Filmed by The Barnicle Brothers, known for their sports projects, the project involved local actors and crew from Western Massachusetts. The documentary profiles the famous art heist from Boston’s Isabella Stewart Gardner Museum, which took place over St. Patrick’s Day weekend in 1990. The film’s associate producer is Berkshires native Alex Hill. To see the trailer: https://www.youtube.com/watch?v=OH18cKTmwZ8

The Best of Valley Voices Season 6 Finale showcases the finest area storytellers, who have told their tales from New City Brewery in Easthampton, Hawks & Reed in Greenfield, and Northampton’s Academy of Music, which hosts the live streamed event from their stage, April 3. The audience plays a role in choosing the winner. Produced with New England Public Media. For details: https://www.aomtheatre.com/event/best-of-valley-voices-story-slam/

The Nutmeg Summer Theatre Series, which brought musicals to Storrs via The Connecticut Repertory Theatre, has announced that it will not perform its 2021 season, because of the pandemic

The Blind Boys of Alabama, who have performed regularly at Great Barrington’s Mahaiwe Performing Arts Center, are performing an Easter Weekend Special, made possible for screening on April 2, through the Mahaiwe. They’ll be performing a fresh set of new and old songs. For details: www.mahaiwe.org.

stop/time dance theater, Playhouse on Park’s resident dance company in its 18th season at the West Hartford theatre, will stream its documentary, “stop/time – before time stopped” through April 18. Artistic director Darlene Zoller has managed to keep the company together during the pandemic, and she has taught a daily dance class online for the company since the pandemic started. For details: www.playhouseonpark.org.

Hartford Stage presents its Raise the Curtain Gala, available for streaming April 10-17. The event includes a performance by The Bacon Brothers, hosted by A Christmas Carol favorite John-Andrew Morrison.  For a video preview: https://www.youtube.com/watch?v=lS70aaoCvKU For details: www.hartfordstage.org.

The Hartford Symphony Orchestra Spotlight Series puts the spotlight on the music of brass and woodwind instruments in “Spotlight: Wind Power – Music for Brass & Woodwinds,” filmed at the Theater of the Performing Arts at the Greater Hartford Academy of the Arts will be available on-demand through April 11. The program features music by Eric Ewazen, Carl Nielsen, and  Amy Beach. For details: www.hartfordsymphony.org. 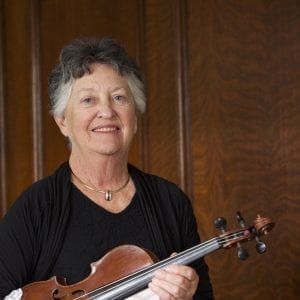 The Springfield Symphony Orchestra has announced a Spring 2021 Chamber Concert Series, three professionally filmed, on-demand chamber concert events to enjoy safely from the comfort of home (or anywhere). These 45 to 50-minute concerts were recorded in early March at the studios of Focus Springfield, and all three programs will showcase the artistry and versatility of three SSO ensembles. Each concert will premiere online at a specific date and time and will be available anytime through May 21 for on-demand streaming at the convenience of our patrons. The program begins April 10. For details: www.springfieldsymphony.org. 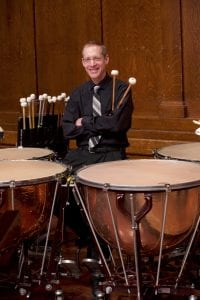