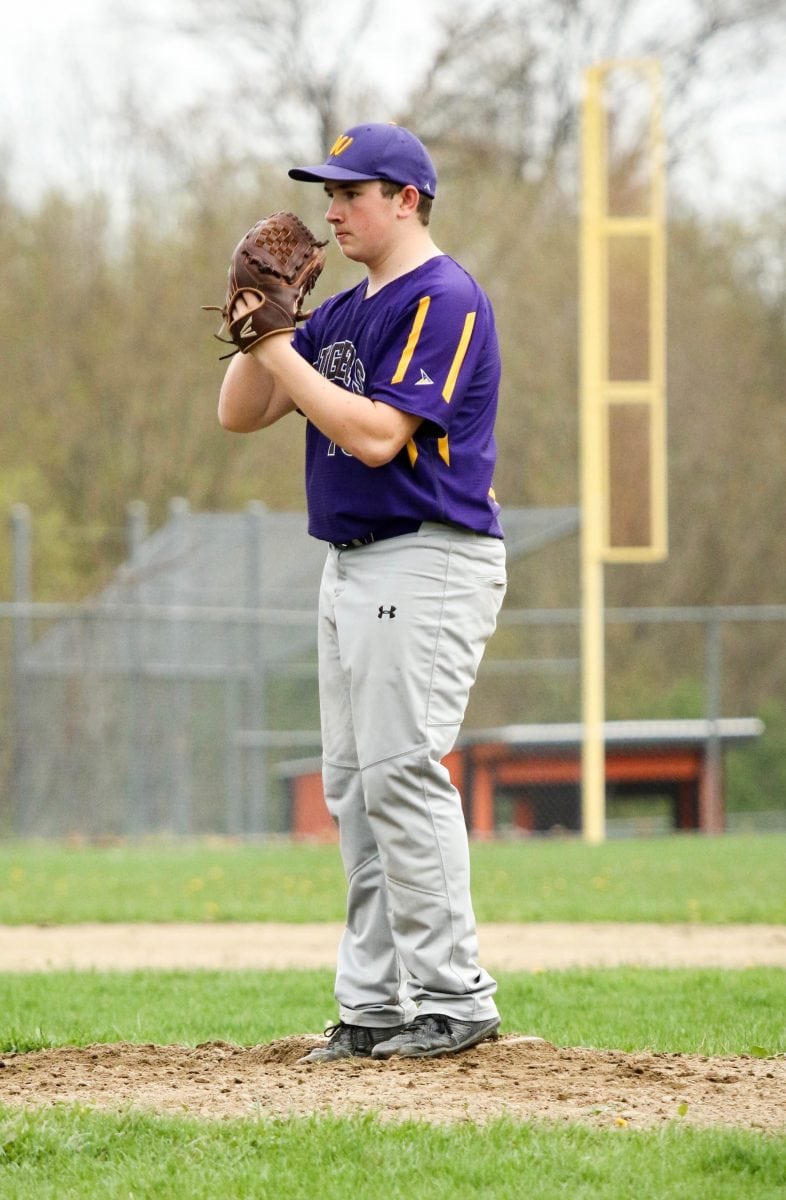 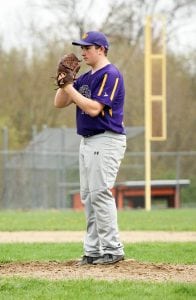 BELCHERTOWN – Like pulling a rabbit out of a hat, the Westfield Technical Academy High School baseball team reached deep down into its player pool to produce its next magical act.
On Friday, Westfield Tech freshman Trent Adam pitched a complete game in his first varsity start to help the Tigers down a quality opponent in Belchertown, 7-4.
Adam scattered six hits over seven innings, striking out seven batters and walking two.
Westfield Tech’s Derien Wilson-Grant went 2-for-4 with two runs, Cade Bradley had a hit and two RBIs, and Connor Medeiros had a hit and RBI, Brody Zabielski notched his varsity hit and scored a run, Chris Boyden doubled, and Dante Bongiovanni had a hit.
“We played small ball, bunting guys over and then getting lucky to get hits,” Westfield Tech coach Bob Eak said. “And we limited the errors.”
Westfield Tech improved to 5-2 overall, and still remained unbeaten in league play at week’s end at 2-0. Belchertown fell to 6-4.

Rams rally
Southwick 7, Granby 6
Southwick rallied from a 5-2 deficit with some big hits to escape with a win and improve to 9-1 overall, 6-1 league. The Rams only loss has come to the defending Division 3 state champion St. Mary Saints.
Dan Burnett began the comeback in the fifth inning with a solo homer for Southwick. Rams’ Nick Kavarakis reached on an error and scored on a single from Josh Lis (2-for-3, 2 RBIs).
In the sixth, Connor Roy singled, Burnett walked, and Bart Shea smashed a three-run home run.
Roy also had a triple.
Josh Lis recorded four strikeouts and Kavarakis, in three innings of relief, struck out five batters, walked no one, yielded two hits, and allowed just one run.
In JV action, Nick Michaels led Southwick to an 18-1 win over Granby with a one-hitter one the mound, striking out 11 batters. He helped himself out at the plate, going 3-for-4 with double and triple.
Southwick’s Trevor Corriveau went 2-for-2, and Nate Goodwin had a home run.

Baker, Bombers silence Hurricanes
Westfield 5, Amherst 1
Westfield pitcher Devin Baker threw a magnificent game, allowing just one hit while striking out 13 batters through six innings against Amherst. He walked just two batters.
Mikal Pacheco closed it out for Westfield with one inning of relief. He allowed one hit, one walk, and one run, and had one K.
Westfield’s bats also got the job done.
Mason St. Pierre went 2-for-4 with a run and two RBIs, Mitchell Longley went 2-for-3 with a walk, two runs and an RBI, Aidan Dunn had a double and an RBI, Kyle Roberts doubled and scored two runs, and Baley Collier scored a run for Westfield.

LATE RESULTS – Thurs., May 3
SOFTBALL
Southwick 17, Hopkins Academy 16 (11 inn.)
Southwick wins in 11 inn.
Southwick pitcher Nikki Willey earned a grueling victory with 11 complete innings on the mound, also going 3-for-6 at the plate with key hits.
Southwick extended the game with a six-run inning late, including a Brittany Penland grand slam. The Rams rallied again in the 11th with timely hits from Sydney Gorman, Tori DellaGuistina, and McKenna Leary, loading the bases for Gillian Ensign, who delivered the winning two-run hit.

JV UPDATE: The Southwick-Tolland Regional High School junior varsity softball team bounced back from a 21-8 loss to McCann on Tuesday in a big, big way. Sarah Hough struck out a whopping 16 batters and blasted a two-run home run to help the Rams down Hopkins Academy. …On Tuesday, Devan Fox hit a two-run homer, tripled and walked; Lesley McCorison and Mia Dellaguistina had two singles apiece; and, Brielle Ensign and Abbey Chevalier each had one hit.